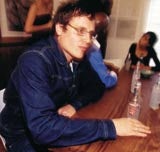 Fashion and clothing marketers focus most of their attention and marketing spend on the all-important under-25s. However, this comes increasingly at the expense of older, more affluent consumers.

Young consumers are still considered to be society trendsetters, with the power to make or break a brand. This group is also hugely important for helping products gain credibility which, in turn, generates interest among the older age groups and leads to longer-term growth. Last season’s “must haves” are toned down to appeal to 30- to 40-year-olds, who tend to show more loyalty to a brand or style than younger consumers, whose tastes alter with trends that come and go.

Women’s fashion is dominated by retail brands. However, competitive pricing has become a significant factor in the market, as discount stores and supermarkets have sought to bring high-fashion items onto the high street. This has been supported by the reduced lead times from catwalks to high street shops: new fashion items are now available to buy on the high street in a matter of weeks, rather than months.

Retailers that target 35- to 54-year-old women have less competition as most high street clothing brands tend to focus on the younger market. This is beginning to change though, as retailers realise the potential of older consumers. This age group is divided into two groups: women with families who may be more price-conscious; and single and working women who may have higher disposable incomes and who are prepared to pay for quality fashion.

Retailers and brands that are brave enough to move away from the youth market could benefit from tapping into this sector, where women have plenty of money to spend and a limited selection to spend it on.

Recent TNS research shows that younger women spend, on average, less on clothing and footwear than the over-35s. Female consumers under 35 years old spend £572 a head, on about 43 items, each year, compared to £690 a head and an average of 69 items for 35- to 54-year-olds.

Women aged 45 to 54 spend the most on clothing, as they are less likely to have children still living at home. This group spends £780 a year buying 81 items of clothing and footwear.

Despite this disparity, younger women tend to enjoy the shopping experience more than their older counterparts. They also tend to place more emphasis on buying fashionable clothes. Those women under 35 years old are more likely to experiment with new trends and buy on impulse.

Although the older age groups do place some importance on fashion, they are more likely to buy clothes that they know will suit them and which will last.

However, these trends are not mirrored in the menswear market, where younger consumers tend to spend most on fashion. TNS figures show that under-35s spend about £366 a year compared to £322 for 35- to 54-year-olds. Again, younger men spend more per item and buy the latest branded goods. Yet older consumers buy more clothes each year and have the option to shop in a wider range of outlets offering retailers more opportunities to target this sector.

Men under 35 are more concerned about quality than women of the same age, and they are prepared to pay for this quality. They enjoy shopping and want clothing that reflects their individuality, choosing designers they feel best express their personality.

In contrast, men aged 35 to 54 are more likely to buy clothing they feel comfortable in than younger men, regardless of the current fashion, having established what suits them and what does not. The fit, durability and quality of clothing is much more important to older male shoppers and they prefer natural fibres to synthetic ones.

Market analysis by TNS shows that retailers and designers are already beginning to recognise the importance of “middle-market” consumers who want higher-quality items that still reflect current fashion trends. In response, retailers are targeting this group from both ends, with the high street outlets offering more upmarket ranges and designers offering lower-priced options.

Marks &amp; Spencer is launching its Limited Collection womenswear range in September, aimed at providing well-designed stylish clothes for women over 30 who want to spend a little more on clothing. Last year, M&S launched its range aimed at “Dads who want to be Lads”, to target middle-aged men wanting a fashionable product.

At the value end of the market, Asda and Tesco are also considering their own more upmarket ranges. Tesco is trialling a Tesco Finest range of men’s clothing and last autumn Asda launched its more upmarket G Collection. At the other end of the scale, designers such as Calvin Klein and Oscar de la Renta have shown cut-price ranges for next spring.

The emerging stability in the global economy is instilling more consumer confidence, with the trend towards “disposable” clothing and rock-bottom prices beginning to wane. The discount stores are already beginning to lose share as consumers shift towards affordable luxury.

Saracens, the premiership rugby club, has signed a three-year sponsorship deal with Man Group, a provider of alternative investment products and futures brokers.

Leith’s TV ad campaign for soft drink Irn-Bru has been banned by Ofcom, after the watchdog ruled that it made fun of transsexual people. The ad features a woman, shown shaving her lathered face, who reveals to her family that she ‘used to be a man’.

Cadbury’s decision to consolidate under the Dairy Milk brand gives it plenty of ammunition against Masterfoods and Nestlé but, asks Caroline Parry, is the market a better place for it?