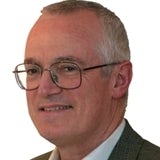 In a world of constant change, where the certainties of conventional advertising and media consumption no longer hold true, marketers can be sure that consumers will be more powerful and brands will be more important than ever, argues Chris Ingram

The world of marketing has never been tougher: every pillar of certainty seems to be under threat in this new, hyper-competitive digital age.

Newspaper circulations and ad revenues are declining steadily. Commercial television is having a horrible summer – ITV is getting the bad publicity, but the reality is most contractors are suffering.

Meanwhile, online advertising is powering ahead. By the end of this year, it is expected that more will be spent on search engine optimisation alone than on newspaper display advertising.

The feeling is that the old is under the cosh from the new. People say that “Nobody watches television these days” and “Nobody will read newspapers in ten years’ time.” I don’t understand why normally sensible people have to over-simplify like this. John Seely Brown called it “endism”: people believe the new will result in the end of the old. It’s nonsense, and sloppy thinking.

Yes, some of today’s major media will be severely reduced in size, but others will reinvent themselves and change their business models. For example, if I’ve worked out how to make money from people watching my TV programmes on the internet, and from making podcast and mobile phone versions of them, arguably it’s the beginning, not the end for me.

But that’s not even the half of it for the embattled marketer, because behind this is the new “barbarian at the gate” – the empowered consumer. Empowerment prompted partly by higher living standards, partly by greater choice in a globally competitive world, but mainly through technological developments – most of which affect communications in the broadest sense. So, in what ways are the barbarians at the gate? 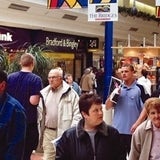 In our once cosy world, people knew their place. The media produced content and consumers consumed it – either paid for, or free in return for watching advertising. Now, consumers have taken to blogging in a major way – an average of 75,000 blogs are started every day. Regardless of journalistic quality, many attract large audiences and are highly influential.

Agencies produced the messages to persuade consumers to buy products or services. Now, these messages are so easy to avoid that we talk of consumer “engagement”, rather than interruption. Word-of-mouth is also now hugely important. And it’s the consumers’ words we’re talking about, not those of the agencies.

Marketers, of course, produced the new products. Yes, they tested them on consumers, but it was always clear who was in control. Now, as personal recommendation is seen as the strongest persuader of all, the search is on for “advocates”.

Procter &amp; Gamble has a special division for this, called Tremor. It has identified 400,000 “mom connectors” who are “trend spreaders”, not just “trend setters”. P&amp;G is happy for these “connectors” to have a big influence on brand variants and extensions, for with that sense of ownership, they become enthusiastic advocates. And if the world’s largest packaged goods company has taken these steps, it’s a clear sign of how dramatically the world is changing.

So, consumers are increasingly influencing all corners of what was once the well-ordered world of marcomms. But, on the basis that the consumer is your neighbour, rather than a barbarian, how does one cope with such change?

The solution isn’t easy and it’s not surprising that many in our industry feel threatened, or are in denial. The only predictable thing about the future is that it is unpredictable. So, it is extremely important to be comfortable with ambiguity.

The need to listen to one’s customers – carefully and regularly – has never been greater. This is to identify opportunities, not just to avoid problems before it’s too late. Watch today’s youngsters very, very carefully. Their priorities and lifestyles are different, and they catch on much faster than any earlier generation. They offer big clues on what the world will be like in five to ten years’ time.

Companies must ensure that the customer experience is the responsibility of someone with a bit of clout within their organisation. Reputations and businesses can be severely damaged, or even destroyed, at lightning-quick speed by consumers digitally, as well as by the classic media. In too many organisations, those parts that affect the customer experience – the call centre, the marketing department, personnel – only come together at board-level, which is much too late.

However, the good news about this brave new world is that brands will be more important than ever.

If there is constant change and uncertainty, if consumers – despite their command of the media they use – feel less in control because of global forces, and if they become even more time-poor, then they will need trusted brands to help them navigate through life with minimum aggravation.