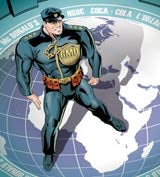 They’re everywhere and nowhere. They report to the very top of their companies yet rely on the lower echelons for support on the ground. They are growing in number, but so are doubts about the practical benefits of their role. Welcome to the world of the global marketing director. By David Benady

As Coca-Cola global marketing chief Stephen Jones was handing in his resignation earlier this month, his recently appointed counterpart at McDonald’s, Larry Light, was forcing a worldwide shake-up of the burger chain’s advertising (MW last week).

For two brands that have been icons of globalisation over recent decades, the way in which they project their international images appears to be heading in opposite directions. Larry Light, McDonald’s first global marketing director (GMD), was appointed last September to a post that was created in the heat of a crisis: sales had dropped dramatically and the public image of the burger chain had deteriorated. Light is now calling on agencies to produce global campaigns for McDonald’s that can be “interpreted locally”.

In contrast, Coke has been trying to disguise its global status and attune itself to local markets. It seems to change its chief global marketers every two or three years, as it wrestles with the question of balancing international values against local cultures.

The world is getting bigger

Globalisation of brands is a growth area and offers cost savings on marketing spend, as well as cross-border image synergies. GMDs are the Air Miles-collecting storm-troopers of this trend. Where it was once mainly fashion, food, personal care and household goods brands that lent themselves to global promotion, deregulation has led to telecommunications companies, banks and others moving to worldwide branding. 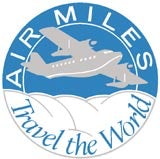 GMDs are a rare breed who must ensure brands stay “on message” across dozens of countries, while taking care that the marketing does not become so generalised and bland as to be meaningless. They usually have no sales or financial targets of their own, but the local marketers with whom they liaise have to meet sales forecasts in their countries. A Unilever spokesman comments dryly on the tensions this creates: “I am sure there are lots of candid debates. It is lively at the very least.”

Taking on this job of post-modern global policeman is not for the faint-hearted: they spend much of their time travelling and have to combine an ability to plough through reams of consumer research with the knack of persuading local executives to adopt a strategy through powerful argument rather than insistence. While local marketers may agree to follow a GMD’s instructions, the minute the global executive is safely on a plane jetting off to a different continent the agreement can break down. Local marketers need to be convinced – and enthused – by central diktats.

Some GMDs work their way up through corporations and see the role as a stopping-off point on the journey to becoming chief executive; others are brought in from the outside – often from advertising – thus side-stepping internal politics. McDonald’s unexpectedly appointed outsider Larry Light, a veteran of Bates Advertising and BBDO Worldwide, as global chief marketing officer last September (MW September 12, 2002) with a brief to “fix” marketing.

Last week’s news that McDonald’s UK is reviewing its children’s advertising account (held by Leo Burnett) follows a global creative summit called by Light in February. He summoned McDonald’s ten creative agencies plus ad and marketing managers from around the world to the global headquarters in Oak Bank, Illinois.

“We have become very predictable,” Light told the New York Times before the summit. “We must be entertaining and part of that is the entertainment value of the content of our ads.” He added that a great opportunity would be to “take advantage of our global scale and scope” by running ads that “interpret locally great ideas”, which resonate among consumers in several countries at once.

Light appears to want to re-inject an element of global advertising into McDonald’s local creativity as the chain rebuilds its international credibility. But some suggest that by having a global marketing chief, McDonald’s will be better able to devolve marketing to local markets in an orderly fashion.

Some in the industry find it hard to believe that the chain wants to return to the global messages of the past, moving away from its localised marketing of the Nineties. A McDonald’s UK spokeswoman says of the review of its &£6m children’s business: “This is a local UK market decision and is not related to any global review or strategy.” Neither Light nor the company’s office responded to questions about its global strategy.

Meanwhile, Coca-Cola is parting company with global marketing chief Jones, whose demise is a salutary lesson for any GMD: if you lose the support of the top bosses, you are finished. He was appointed by chief executive Douglas Daft in 2000 when it was felt that Coke had come to be seen as arrogant and distant from its customers following a health scare in Belgium (MW January 13, 2000).

In the Sixties and Seventies, Coke had a “think global, act global” strategy, supported by big US-style advertising campaigns around the globe “teaching the world to sing”. As the brand became associated with US capitalist and cultural imperialism, Coke moved over to a “think global, act local” approach during the Eighties. By the time Jones took over, this had become too remote. He was charged with dismantling that centralised marketing approach in favour of a “think local, act local” strategy, enhancing the power of local markets. But this left him as a global marketing chief without a global marketing structure.

Daft’s appointment of AOL Time Warner’s Steve Heyer as head of innovation in 2001, was bad news for Jones. Heyer was soon promoted to president and chief operating officer, and Jones appears to have been left without the support of either of Coke’s two top bosses. It is now expected that Heyer will bring in his own chief marketer to replace Jones.

A GMD is highly dependent on the blessing of a chief executive or chairman, without which the role becomes difficult to sustain. Peter Stringham, group general manager for marketing at HSBC, is a former adman who spent many years at Young &amp; Rubicam and BBDO before being brought in by the bank’s chairman Sir John Bond in January 2001.

Stringham helped develop the company’s positioning as “the world’s local bank”, introduced as it rebranded all of its country subsidiaries under the HSBC name. “I was impressed that here was a chairman who was determined to improve the marketing of the organisation. You can’t do this job without that. If you don’t have the support of the chief executive and chairman, being a global marketing director is a hopeless game,” says Stringham.

He spends a lot of his time notching up Air Miles and sitting in on focus group discussions in different countries with the aid of simultaneous translation. But the most important task is getting common levels of service in branches across the globe and ensuring a common brand experience.

But he says a centralised “command and control” structure would be impractical for HSBC given the size of the operation, so he spends a great deal of time trying to communicate with staff through internal marketing.

According to Shell’s vice-president of global brands and communications Raoul Pinnell, appointing a GMD is all about getting greater value for money from marketing and advertising. “The only reason a company gets one person to oversee things globally, is to save money. Advertising for Shell is much more effective now that it is executed on a global scale. We have proper briefs and proper research, and we have seen an increase in the effectiveness of our advertising,” he says. He adds that when he first started the job in 1997, Shell had 35 advertising agencies and that this has been slimmed down to just one: J Walter Thompson.

As globalisation rolls on, more companies are looking at ways of controlling their international image and policing their marketing services providers. Although observers say many multinationals use a “command and control” structure, this is generally denied by the companies concerned. Gillette denies it, saying “It is not so much command and control as co-operation with two way feedback.”

Meanwhile, a spokeswoman for L’Oréal, which also uses a centralised global structure, says: “We aim to combine the best of both worlds by benefiting from campaigns that have universal and multi-cultural appeal while developing and implementing local strategies for both aboveand below-the-line activity.”

Unilever, on the other hand, is held up as a company with a complex “matrix” international structure. It has two marketing presidents, Anthony Simon who heads food and Simon Clift in charge of home and personal care. They strike the ultimate balance between the needs of global branding and regional sales targets, according to a spokesman. Under each of them, there are five or six categories headed by senior vice-presidents. Brands generally have their own global chiefs who are “looking to ensure everything that happens under the brand name fits with its identity,” says the spokesman.

GMDs are gaining in power as cost savings and synergies are sought from global marketing and brands adopt common identities across countries. They are a breed that is expected to become a little more in demand. “There are not that many of them, and those that do exist are in ever-greater demand,” says Hugh Baillie, group business director of Bartle Bogle Hegarty.

However, their existence is dependent on the strategies put in place by the most senior corporate architects. In many companies, GMDs are vulnerable to the swing of the pendulum between the local and worldwide emphasis of globalisation. It will be interesting to see whether Larry Light at McDonald’s succeeds in his task of arresting the fast-food giant’s long-term decline.