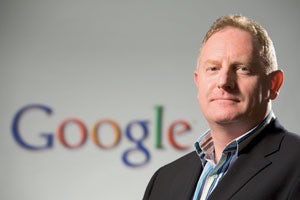 Search marketing, long promoted as the most cost-effective and transparent marketing medium, is about to get more expensive for some of Europe’s biggest advertisers.

Some brand owners will face a cost hike of up to 8% on search marketing campaigns when Google scraps the rebates paid to high spending agencies, which are intended to subsidise their training and development programmes. The rebates, paid under the Best Practice Funding Programme, are often passed from the agencies straight back to clients. They are facing the axe by the start of 2009.

At the same time, some observers have begun to ponder how long Google’s growth in the UK search advertising market can continue. Already there are signs that the auction prices for search terms are reaching their limit in some sectors.

That said, search marketing agencies accept that Google’s domination of search marketing – it is used in some 80% of UK Web searches – means advertisers have little alternative but to run campaigns on the search giant. However, they could start switching more funds to display ads rather than paying top dollar to bid for keywords on sponsored links.

The move to scrap agency rebates is likely to enhance Google’s dominant position and search marketing agencies have demanded that it re-invests the tens of millions of pounds that it is likely to pocket from scrapping the rebates in market development.

Google introduced advertising rebates across Europe earlier this decade to stay in line with the practice of other media owners in sectors such as television and radio who reimburse agencies which spend most on advertising slots. This is equivalent to getting goods cheaper when you buy in bulk, though the discount is given after you purchase.

The Google rebates were originally set at 15%, but it began phasing them out as it acknowledged that they distorted the market. They had the effect of driving down the cost-per-click for those appearing in the sponsored search section, but naturally favoured those agencies spending the most. The discounts were passed back to clients so smaller agencies – often run by more knowledgeable executives – were disadvantaged by being in effect more expensive. In 2006, Google scrapped the discounts and replaced them with the Best Practice Funding programme.

Search campaigns
The BPF system offers rebates starting at 3% for agencies spending at least €250,000 (£174,000) a month on search marketing campaigns and goes up to a maximum of 8%. Google says BPF was introduced “as an initiative to give EMEA agencies the funding, training and research needed to make advertising a success”. The rebates are meant to fund search specialists’ training for the Google Advertising Professional qualification.

Smaller agencies with lower rebates tend to spend all of that money on training. But the largest-spending agencies have found that they are still left with large sums afterwards and they pass the leftover rebates directly back to clients. This favours the biggest agencies and incentivises volume deals at the expense of strategies based on effectiveness.

Annual review
Google says the BPF programme was always a short-term measure, designed to be reviewed annually. It will make minor changes to BPF in 2008, then axe it completely from January 2009. The search giant argues that BPF has “achieved all that we hoped it would”. More than 2,000 people in agencies across Europe have qualified as Google Advertising Professionals and as a result agencies are using the search medium in increasingly innovative and sophisticated ways, it says.

Mark Howe, Google’s country sales director for the UK, says/ “The BPF programme was instigated because we believe there’s a massive opportunity for search growth across Europe but the bigger buying points were lacking in some of the skills and knowledge of some of the smaller search engine marketers. The reality is not everyone used it in the way we had intended – it was becoming a pseudo-discount.”

However, Paul Mead, managing director of VCCP Search, pours scorn on the idea that the system was primarily to fund training, and insists that agencies have simply passed rebates back to their © clients which has had a distorting effecting on the market.

That said, he adds: “Most people in the industry are critical of the fact that it is revenue that has been taken away. We think it is a good thing that BPF is being removed – it has skewed the market for the last few years. But it is a shame the money is going to Google’s coffers.”

Howe insists Google will continue to invest heavily in training and development for the market after 2008. “We will be making significant investments in training as we do now. It won’t be diminished as a result of BPF ending, in fact it might be increased,” he says.

He argues that search marketing is a highly strategic form of media and requires deep understanding and planning abilities. “It is very different to dumping a large chunk of money into television with one big media trade. Clients should be paying a healthy fee and commission to agencies. It is now up to agencies to stand up and demand a fair and equitable reward for their work from their clients.”

Other elements of the BPF programme have also led to market distortions, such as the “kicker”, where agencies which increase their spend by 5% in a quarter receive a discount. This has led to some clients changing their agency each quarter so that the new appointment increases its spend and the client qualifies for a rebate.

Financial services
“Agencies still have to charge for their time so fees will remain the same but the cost of buying search will become more expensive for the clients,” he says. “Does that mean that in time, with cost-per-click inflation, that search will not always be the most efficient channel? Witness cost per click inflation in the financial services sector, for example.”

Under the pay-per-click model, financial service brands running search marketing campaigns for insurance products and credit cards are falling prey to inflation in the cost of search terms as the auction prices for key words spiral, he says. The point will come where it is no longer cost effective to pay the sorts of prices required to run a search campaign in these sectors – and some people believe that point will come soon.

One effect of withdrawing BPF is that many big advertisers are expected to start reviewing their online search accounts as agencies begin to compete more strongly on their skills at creating clicks and sales rather than simply on the basis of the rebates they can get.

Level playing field
As Nilhan Jayasinghe, head of natural search at Spannerworks, says: “Smaller companies and those working directly with Google haven’t been able to get commission so this move has levelled the playing field and will allow clients to look beyond simple cost-based measures.

“This will be especially true in markets that are strongly driven by return on investment where smaller agencies have been hampered by limited bid costs in comparison to the agency-handled accounts. In effect, clients will be able to make their decisions based on consultancy and results – rather than subsidised costs.”

Meanwhile, Jim Brigden, managing director of The Search Works – which claims to be the UK’s number one search marketing specialist with some £50m of billings – says the real culprits have been the big network agencies.

He accepts Google’s arguments about the rationale for BPF and thinks it can help make the © market work better if people really do invest the rebates in training.

Brigden says some agencies have failed to give adequate training and development to staff from their BPF rebates and have simply used the money back as a way to leverage their size and offer discounts to clients. “Of all the big network agencies, none have invested as much as they could do in technology and skills,” he says.

Opening Opportunities
But he believes that Google risks a loss of market share as clients migrate to other search engines such as Yahoo! and MSN which still offer large rebates. “Google hasn’t thought this through as well as it could have done. The fact is that its cost-per-acquisition is going to go up. It is a massive opportunity for Yahoo! and MSN to buy market share.” He accepts, though, that Google’s stranglehold on the market means clients have little alternative but to ensure they have a strong showing on its Web pages.

Yahoo! – which has a 15-20% market share – gives a rebate to large advertisers of 10%, though this was reduced from 15% last year. A spokesman says/ “We have no plans to change the current rebate, although such a move cannot be ruled out.”

Will Critchlow, director of Distilled, a search marketing agency specialising in managing pay-per-click campaigns for small and medium sized businesses, says: “Markets including those for online advertising should be as open and transparent as possible and I would support a move towards even greater transparency.”

At the margins, smaller agencies should be able to pitch more effectively to clients which will force agencies to perform well to justify their fees, while small advertisers should be able to construct more profitable campaigns, he believes. “The agencies previously benefiting from this revenue have been expecting the change for some time so have factored the loss into their business plans. Payment models will become – as for the small and medium enterprise (SME) market – almost entirely fixedor variable-retainer based,” he says.

Some fear that scrapping rebates is a move towards Google dealing directly with clients but the company has always denied this is its policy. The big question is how long Google can dominate the European search market and when its growth will plateau.