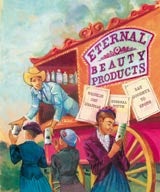 The quest for beauty and eternal youth has been a recurring theme in both history and mythology. From Cleopatra’s belief that bathing in asses’ milk helped preserve youth and beauty, to those who have used monkey glands to restore youth, there has always been a relentless determination to avoid the ravages of old age.

In more recent years, the search for such an elixir has been fuelled by cosmetics companies and their scientific so-called wonder cures and therapies. So far, these companies have peddled their exotically formulated lotions and potions to consumers caught up in their own vanity relatively unchecked.

But L’OrÃ©al overstepped the mark with claims that its PerfectSlim cream reduced cellulite. Last week it was forced to withdraw poster and print advertising for the product by the Committee of Advertising Practice (CAP), which represents marketers, their agencies, other professional organisations and the media (MW last week). It is the body which codifies the regulatory framework implemented by the Advertising Standards Authority.

In a letter to the cosmetics company, CAP said that the ads broke the British Code of Advertising, Sales Promotion and Direct Marketing (the CAP Code). The CAP objected to the use of the claims “…get firm on cellulite 24/7… anti-cellulite + firming treatment… with lipo-reducers to transform fatty acids to energy… to stimulate the body’s natural drainage… progressively… firm skin” and the suggestion that with regular use the cream would eliminate cellulite and make skin firmer.

CAP also criticised a poster appearing on the London Underground which claimed that the cream would reduce the circumference of the thighs and that the product name implies a slimming or weight-loss quality. It says that in future any references to PerfectSlim should be accompanied by a disclaimer making clear that the product is not a proven aid to slimming.

The CAP Code says that all claims must be proved by documentary evidence and that, in particular, medical and scientific claims made about beauty and health-related products should be backed by evidence. It also says that any claims relating to the effectiveness of a weight-reduction method or product should be backed by rigorous trials on people. Testimonials not supported by trials do not constitute substantiation.

A L’OrÃ©al spokeswoman says: “L’OrÃ©al has confidence in its product, which has proved effective in reducing cellulite in 85 per cent of cases and was judged best anti-cellulite product in an independent consumer test. However, we are complying fully with the request from CAP.”

Whether the furore will stop the “several thousands” of women who are said to have bought PerfectSlim, priced at £10.59, from continuing to use the product remains to be seen. The advertising has so far proven to be extremely successful, with some retailers claiming to have run out of supplies due to customer demand.

But more worryingly for L’OrÃ©al, CAP suggests in its letter that because the advertising implies that the cream can improve the structure of the skin, this would amount to a physiological claim. It points out that these are generally considered by the Medicines and Healthcare Products Regulatory Authority (MHRA), which requires manufacturers to obtain a licence before a product is marketed under the terms of the Medicines Act. However, a Department of Health spokeswoman says that because the product does not talk about obesity, but is instead “only” an anti-cellulite cream, it will not come under the Medicines Act.

But L’OrÃ©al is not the only company busy plugging the science behind products to aid their beauty-enhancing credentials. Procter &amp; Gamble (P&G) is also playing the game. Its Pantene product has built up its position as one of the world’s biggest haircare brands on the inclusion of its “Pro-vitamin B” ingredient. But it has also encountered difficulties. The Consumers’ Association last year slammed the science behind the product claiming that pro-vitamins are virtually useless unless they are transformed into vitamins in the gut and in the blood.

One advertising insider explains that most companies know that there is no better way to convince consumers that time can be made to stand still than by blinding them with science. “Sophisticated science is needed to stand out from a raft of similar products that are jostling for space on the shelves. Also talking about technology makes consumers believe that the products are superior,” he says.

The world of beauty products, as we know it, has developed a new set of vocabulary and imagery. It is now commonplace to see doctors and scientists parading in high-tech labs demonstrating how vitamin-enhanced products change your body, skin and hair. Key scientific-sounding ingredients are common currency: “pro-retinol A” in L’OrÃ©al’s Revitalift anti-wrinkle cream; “active soya” in ROC’s anti-brown cream; “nutria-ceramide” in Elvive shampoo to achieve an “anti-straw effect”; and “creatine” in Nivea Visage.

Straddling the grey area between cosmetics and drugs, these “cosmaceutical” products with added nutrients and vitamins appear to be waging a collective war against acne, cellulite, wrinkles and every known sign of ageing. 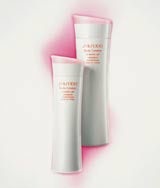 But there are those who are concerned by the increased number of these types of products and by the lack of information about how they actually work. The Women’s Environmental Network, a health charity, has been calling on the Government to license cosmaceuticals as medicines. The charity’s spokeswoman says: “Any product that is administered to restore, modify or correct physiological functions should be under the remit of the MHRA. The cosmetics industry has been baffling consumers with pseudo-science for too long and needs to be more tightly regulated.”

Ironing out the wrinkles

An attempt in the Nineties by the European Union to introduce a directive requiring products to carry a full list of ingredients has, say campaigners lobbying for increased regulation, not gone far enough as it allows companies to get away with generic rather than specific descriptions of ingredients. The same directive also made it clear that companies are legally bound to substantiate any product claims with evidence that is available for inspection by the local Trading Standards Authority.

There is now a move in Europe to tighten the Cosmetics Directive. It is expected that new regulation will be introduced this autumn, which will allow customers to request a list of full ingredients from the manufacturer and to request research about any side-effects of the product. The specifics of the proposal are still being debated.

This is, however, an opportunity for the cosmetics industry to show that it is responsible. If it does not do so, it could face a consumer backlash and calls for an advertising ban – just as the tobacco, alcohol and food sectors have done. It is ironic that in the same week that John Sunderland, the president of The Incorporated Society for British Advertisers (ISBA), called on the Government to dismiss calls for tighter regulation on advertising, on the basis that it serves as an important information tool for society (MW last week), L’OrÃ©al had its knuckles rapped for over-stating the effect of its PerfectSlim cream.

Unsurprisingly, the £6bn cosmetics industry (Euromonitor 2003) does not want to be drawn about the potential for future regulation. A spokeswoman for trade body the Cosmetics, Toiletry and Perfumery Association (CTPA) says that all cosmetics businesses are based on “good science” and undergo “rigorous” safety assessment procedures, and hopes that cosmetics is not next in line for a ban against advertising.

Incidents such as the death of a woman caused by an allergic reaction to Movida hair dye, owned by L’OrÃ©al, three years ago are rare, she says. “Most cosmetics companies have their own scientists and other such professionals working for them to make this one of the safest consumer goods industries,” she adds.

The medical profession, however, argues that since it is the responsibility of a company’s in-house experts to decide whether or not a product is safe, there is a lack of openness about a product’s effectiveness, ingredients and any side-effects.

Dr Nicholas Parkhouse, a consultant plastic surgeon and a spokesman for the British Association of Aesthetic Surgeons, says: “Botox, for instance, when used repetitively reduces creasing of the skin. But for an advertiser to say the same about a cosmetic product is highly suspect. There needs to be a scientifically recognisable and published proof of all that is being bandied about by cosmetics companies. One has to be careful not to rubbish all these products, but where is the evidence?”

Professor Chris Griffiths, a dermatologist at the University of Manchester, also questions the validity of the scientific claims made by cosmetics products without a properly randomised trial conducted by the companies. “The fact that the general public is not given the full facts about how the various compounds in creams, such as anti-ageing products work, has always been an area for concern,” he says.

Chief executive of the Acne Support Group, Alison Dudley, also demands “greater truth” in advertising. She is concerned that for too long cosmetics companies have been able to sell illusions to unsuspecting patients who need to see a doctor about their skin problems, rather than buying products with fancy packaging.

Boots scientific haircare adviser Steve Barton admits that packaging of cosmetics products can sometimes be an issue, but he does not support increased regulation. “In instances when an advertiser wants to make a big splash, the presentation of the product in the advertising can sometimes create a false expectation,” he says. “The advertising can then be quite different to the packaging, but the industry is generally very tightly regulated.”

However, marketing manger of upmarket brand Shiseido, Emily Muffett, notes that the cosmetics industry has become more scientific in its approach, but that existing regulations have not been changed to reflect that. “The current ASA guidelines have not been updated to acknowledge the scientific progress made in recent years by cosmetics companies. It would be interesting to see if the guidelines move forward in line with the scientific breakthroughs,” she says.

Shiseido last year launched a product, called Body Creator, that contains caffeine and claims to decrease average body weight by 1.1 kilos if used twice a day for four weeks. Muffett adds: “Our products are not consumer- but research-driven, and the company endeavours to further wellbeing and beauty science.”

It is all very well to sell us both beauty and science, but cosmetics companies are unlikely to be allowed to continue acting like the biblical patriarch Methuselah, who is said to have lived for 969 years leaving no clue as to how he achieved the feat.

If consumers begin to question the dreams of ever-lasting youth and beauty peddled by cosmetics companies then it may not be long before the creators of fat-busting and anti-wrinkle creams are forced to share their secret recipes with the world.