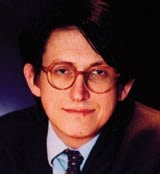 The Guardian is in discussions with Microsoft, Google and Yahoo! over possible future content deals in yet another attempt to increase its digital offering.

In an exclusive interview with Marketing Week, The Guardian editor Alan Rusbridger claims his brand is the best-known UK media name around the world after the BBC.

“It’s fantastic we’re recognised for our reach and influence by these companies. In America we’re seen as the most influential British media player after the BBC,” he adds. “Bigger than the LA Times in America and easily the biggest player in the UK newspaper market” was how Rusbridger described The Guardian, whose online brand Guardian Unlimited (GU) is read by 13 million readers every month, nine million of whom live overseas.

Rusbridger says The Guardian is relied upon by US consumers for an “intelligent, liberal, un-American” perspective on international news.

Guardian director of digital publishing Simon Waldman says GU’s home-based users are more loyal by nature, provide the majority of page traffic and remain The Guardian’s core target readers, but admits there is major commercial potential in the US market. Waldman confirms that internal discussions have taken place regarding the possibility of a bespoke GU home page for the US, different from the one seen by the British audience, but says/ “We have debated it, but it’s far from the most critical part of any international strategy.”

GU, which will become profitable for the first time this year, is set to progress its current strategy of extensive audio and video podcasting and “community building” through its Comment Is Free blog site, according to Waldman.