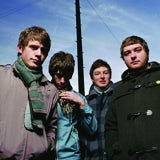 Guardian News and Media says the campaign aims to be “the most engaging, collaborative and comprehensive guide to the summer’s music news, reviews and festivals”.

The newspaper’s summer music season will showcase new talent with an exclusive gig featuring Rumer, Wretch 32 and Summer Camp, bringing to life the Guardian’s New Band of the Day column.

Other highlights will include exclusive interviews with Lady Gaga and the Arctic Monkeys, a seven-day supplement series and the Music Power 100, the Guardian’s list of the most influential people in the UK music industry.

Music fans will be targeted on Guardian’s YouTube, Spotify and Facebook channels. The season will also be supported by an extensive cross-platform media campaign created by Wieden & Kennedy.

The Guardian is the media sponsor of Glastonbury, Camp Bestival and Bestival festivals. The Observer sponsors London Southbank’s Meltdown Festvial.

April’s newspaper average net circulation is due to be published later today.