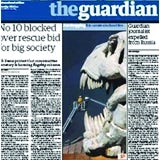 The campaign aims for consumers to envisage the brand as being positioned beyond print into the world of international digital journalism.

Chris Lawson, the Guardian’s content sales and marketing director, told Marketing Week earlier this year that the Guardian is investing £2m in brand marketing this year as it looks to establish a “direct relationship” with its readers.

The Guardian hopes this new brand approach to marketing – rather than a more promotional focus – will help to double its current 49,000 print subscriber base and also increase its iPhone subscribers to more than 150,000.

The 2012 brand campaign will be handled by Bartle Bogle Hegarty, which beat incumbent Wieden & Kennedy and Rainey Kelly Campbell Roalfe/Y&R to win the brief.

The Guardian says the apppointment follows a “remarkable” year for the title, which revealed the details of the News of the World phone hacking scandal to the world and was subsequently named newspaper of the year at the 2011 Press Awards.

Adam Freeman, Guardian News and Media’s executive director of commercial, says: “We’re looking forward to working with BBH on an integrated brand and marketing strategy as we build on our growing international reputation as an open, independent and digital-first media organisation.”

Can you demonstrate a brilliant use of media? Then enter the Marketing Week Engage Awards by clicking here. 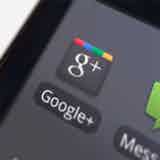 Google has partnered with a small group of third-party companies to provide tools to help brands manage their pages on its social network Google+. Read full article here. Have you delivered an innovative and effective digital strategy this year? Then enter the digital category in the Marketing Week Engage Awards 2012 by clicking here 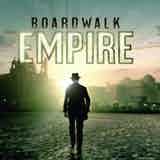