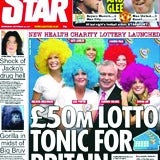 The Advertising Standards Authority (ASA) has received nine complaints about The Health Lottery’s £20m awareness campaign. Complainants object to two editorial articles that ran in the Richard Desmond-owned Daily Express and Daily Star that appeared that they argue should have been marked as marketing communications.

The regulator has also received complaints from people challenging whether claims made in the ad campaign about prize guarantees were misleading. Complaints objected to the claim that players who pick the winning five numbers are guaranteed to receive £100,000 because the terms and conditions state this might not always be the case.

At the time he said: “It is frankly shocking that a national institution, which is relied upon by its readers to provide the most important news and current affairs each day, should be used to peddle lottery tickets in such a brazen fashion.”

The ASA says it is currently assessing the complaints to establish whether there are grounds for an investigation.

The Health Lottery says in a statement: “We have not been contacted by the Advertising Standards Authority and are confident we are not in breach of any advertising rules. The launch of The Health Lottery has, and continues to be, of national news interest across England, Scotland and Wales, as we are raising £50m of new funding for health related good causes. We have received wide coverage from nearly all the major UK newspapers as well as national and regional broadcast interviews.”

The £20m marketing awareness campaign, which launched last month, aimed to reach 98% of adult consumers in the UK.

The Health Lottery is broadcast in a 60-second ad slot every Saturday night on Channel 5 and ITV1. 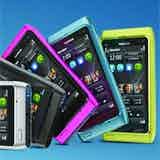 Nokia’s sales slipped again in the third quarter as it prepares an overhaul of its marketing strategy and the launch of its first Windows phones. 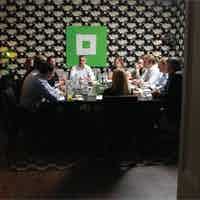 As marketers continue to explore a wider variety of digital technologies, our panel of senior industry figures concludes that data remains the driving force of any brand strategy.

ITV is set to launch a new ad format on its video on demand (VOD) service ITV Player that allows users to skip ads if they correctly answer questions based on the brand or product in the spot.