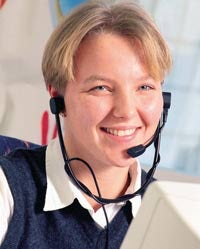 After a decade of rapid growth, the UK call centre industry is now facing a dilemma, as companies seek to cut costs by relocating centres to low-wage economies, such as India, while customers increasingly demand operators with “local” knowledge.

This is causing new tensions within the industry as UK-based call centre businesses struggle to compete cost-effectively with cheap overseas labour. This was highlighted earlier this month, when BT staff threatened to strike over a proposal to transfer more than 2,000 jobs to India by the end of next year.

This will contribute to a growing gap between the service that customers want and the service they are willing to pay for. Consumers are unlikely to be prepared to pay enough to prevent jobs from flowing abroad, but they still demand to speak to someone who is “local”. They also tend to be concerned about the security and integrity of overseas-based call centres.

The industry is now facing a difficult – and potentially damaging – tug-of-war between customer satisfaction and cost-savings.

To allay customer concerns over foreign call centres, some companies give their staff anglicised names to try and convince call recipients and callers that they are speaking to a local person. The rise of automated systems and “virtual” centres, which allow call centres worldwide to operate across national boundaries and time zones, have also helped to bolster consumer confidence.

Many organisations would like to implement completely automated call centre systems, but most consumers prefer to speak to a real person. In addition, companies that keep their call centre operations in house, rather than outsourcing to a specialist provider, are often able to place greater emphasis on building relationships with customers and to provide the personal and local touches that will assume greater importance as the world becomes increasingly virtual and deceptive.

Key Note’s research found that 58 per cent of people would opt to speak to a real person over an automated response; and that 50 per cent of people believe that they waste time waiting for automated answering services to connect them to the correct department. About half of the people surveyed would rather speak to a person in a local office rather than having to communicate with a call centre at all; and 19 per cent said they could not always understand what call centre staff are saying to them.

The farming-out of call centre operations around the globe also raises concerns among UK consumers about security and integrity. Many customers of Western companies which use call centres in India and other low-wage regions fear that their details could be lost or used fraudulently.

In an effort to overcome consumer fears about using foreign call centres, alternative means of talking to consumers, such as e-mail, are often used. Links from websites to call centres enable customers to seek information and obtain a response without any voice intervention at all.

This is helpful for international enquiries and transactions, because it avoids the cost of an international telephone call and possible nervousness that the person at the other end will not understand a request. In Europe, about 1,100 centres use e-mail to communicate with their customers. The majority of these are in the UK, which represents huge growth – in 1998, there were only 30 in the country. The number worldwide is likely to double before 2006.

Key Note’s research shows that organisations need to improve in this expanding area, as they are often slow to respond to customers’ e-mails – or do not respond at all. This weakness is slowing the expansion of online communication and damaging customers’ trust.

Online media may be a cheap and direct way of communicating with customers, but few businesses can rely wholly on omitting the personal element. Automated or e-mail-based systems are unable to read factors such as customers’ emotions, their tone of voice and their temperament – which can exacerbate already difficult situations.

The trend towards relocating call centres and using automated systems is unlikely to be reversed, but UK consumers remain unconvinced of the benefits. Companies that can still offer knowledgeable and efficient customer service have a significant advantage over those which have failed to tackle these consumer concerns.