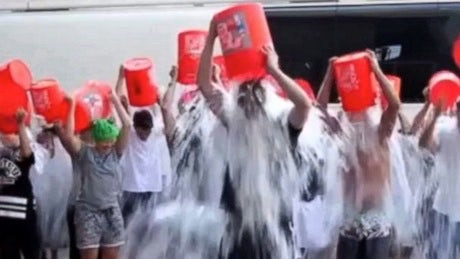 While the origins of the challenge are unclear, it has capture the zeitgeist with hundreds of celebrities including David Beckham, Will Smith and Justin Timberlake taking part.

In the UK, Macmillan had raised more than £3m at last count. MDNA has now raised almost £3.2m from 622,000 donors. Compare that to its total income of £13m in 2013 and its clear the craze will make a huge difference to the charity’s ability to fund research and provide care to the more than 6,000 sufferers in the UK.

However, the ice bucket challenge is a fad and like any fad its popularity will wane. The question is whether this sort of behaviour is the future of fundraising for charities and whether a short-lasting craze can have any longer term benefit for the organisations involved.

Sarah Fitzgerald, director at retail consultancy Self Communications, warns: “Once all the ice has melted, the longer-term challenge will be in building those relationships, and sustaining awareness at something like its current elevated level.”

It’s clear charities can’t expect fundraising and awareness levels to stay at the peak they experienced when in the midst of a viral campaign. However, that doesn’t mean charities shouldn’t try to engage with new donors, if they can convert even a small percentage into giving more regularly, that is a boon.

Fitzgerald says it is important for charities to be smart in their follow-up marketing to keep people engaged, with social media particularly important for showing people they are “part of something bigger”. That includes thanking people for donating and sharing stories on the difference the money will make.

Mark Bishop, director of fundraising at Prostate Cancer UK, believes it is important charities feed back to donors and highlight the difference people’s participations makes so the cause doesn’t get left behind.

Joe Saxton, founder of charity researcher nfpSynergy, says charities need to be smart in how they communicate with these new followers because their regular marketing activities, such as adding people to a mailing list or telling them about their research won’t work with people that come in through a viral campaign.

“Most of the things charities might normally do would turn these new followers are. They need to do some serious research to find out who these people are and tailor a message that speaks to the fact they are interested in fun, spontaneous, celebrity activities,” he says.

Cancer Research UK says it gained more than 200,000 new Facebook fans and tens of thousands of new Twitter followers following the no makeup selfie viral campaign that ran earlier this year. Aaron Eccles, senior social media manager, says the charity tried to keep that new audience by producing content that would keep them interested in its work and says engagement levels on social networks have been higher in the six months since the campaign.

It also saw an increase for entries to events such as Race for Life and in people signing up to fundraise or give via a monthly direct debit.

“This has allowed us to build a more long-term relationship with many new supporters as they come in contact with our work and messages more regularly. We’ve tried to keep people who donated by text interested in our work through SMS and follow-up thank you calls. And we’ve continued to engage with these thousands of new supporters via our social media channels,” says Eccles.

Marketing of the future?

Social media is becoming an increasingly popular way for charities to raise funds and viral campaigns are a part of that, with the trend suggesting we’re likely to see more of them. That is why charities including Macmillan and Cancer Research UK are trying to become more agile in their marketing approach, so they can spot an opportunity and take advantage of its to maximise fundraising.

In a blog post defending its decision to “hijack” the ice bucket challenge, Macmillan’s head of digital Amanda Neylon admits the charity was previously too slow to respond to viral campaigns. It has since made changes to ensure it can be more responsive, spotting back in July that people were donating to the charity after throwing water over their heads and amplifying that activity with its own social media push.

Eccles believes that by making sure Macmillan’s marketing team is agile, it can spot opportunities and promote a culture that makes social media campaigns incredibly cost-effective. Saxton highlights that taking part in a viral campaign is much cheaper than big campaigns such as Macmillan’s coffee morning that take months to plan.

However, the big challenge remains making sure people know which cause the campaign is for and how they can donate. According to a survey conducted by VoucherCodesPro, the majority of people who took part in the ice bucket challenge didn’t know what charity it was for and therefore didn’t donate.

Prostate Cancer UK has benefitted from the Movember campaign because it its male focused and makes men’s health seem more important. However, Bishop says other viral campaigns may not benefit the charity involved in the same because the cause gets lost along the way.

“The trick is to make sure people know why they are doing a challenge for you and understanding what the charitable cause is or you’ll find people do the stunt because it’s fun but forget about the charity 10 seconds later,” he adds.

Saxton says: “The problem is an awful lot of people have no idea what they are doing the ice bucket challenge for, it’s just a bit of fun. That creates a situation in which others are opportunistically jumping in and saying that it doesn’t have to be about one cause, it can be about others as well. That means the fleet of foot are capturing the income.”

So far the most popular viral campaigns have come not from the charities but from celebrities or “charismatic individuals” such as Stephen Sutton, the teenager who raised millions for the Teenage Cancer Trust. Nevertheless, Saxton believes that in a years’ time people will be talking about a new idea that originated with a charity.

“The next step is for charities to create one of these events that doesn’t look like it could be for anyone else. An event that demonstrates what the cause is all about so that the charity maintains brand ownership of the idea,” he says. 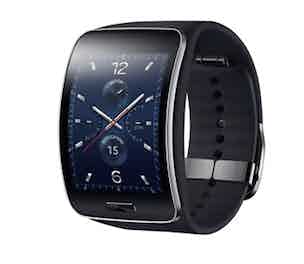 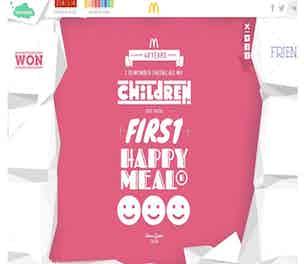