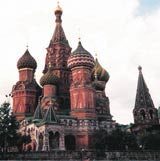 Exotic destinations always used to be conference organisers’ first choice for a memorable and motivating event, but with budget pressure and the threat of global terrorism, have far-flung locations started to lose their appeal?

Bali, for instance, used to be popular. However, since the bombing targeted at Western travellers, no company will consider sending their delegates there. Pamela Bernes Price, head of logistics at leading international events specialist Jack Morton, still thinks that it has more to offer than most other locations, but admits that it will be some time before clients see it as an option.

“Bali has many things going for it,” she says. “Activities, value for money, a service culture and friendliness that are second to none.” But she concedes that Bali had started to lose its appeal even before the terrorist bomb. “It lacks large convention centres and has a lot of mobile phone blind spots, so it’s more suitable for an incentive trip than a business meeting,” she says.

Fears about security in Bali may be well founded but, in many cases, perception falls short of reality. Simon Hambley is managing director of events specialists Acclaim. He points out that after the World Trade Centre attacks, interest in Dubai collapsed, and was damaged further by the war in Iraq. “Dubai is an extremely safe place, far more so than destinations such as Marrakesh,” he says, “but many companies, especially American ones, have written off the whole of the Middle and Far East.”

Even destinations largely unaffected by terrorism, such as Singapore, have been hit by nervousness due to their proximity to Indonesia. On the other hand, South Africa is seen as low risk, despite its high crime levels, and is booming in popularity.

Luxury on the cheap

“A week in Cape Town costs less than a weekend in Monaco,” claims Stephen Cooper, director of World Event Management. But Cooper thinks that there is a risk of the destination overshadowing the event if you choose somewhere too exotic. “The last thing you want is people rushing off to the beach every time you break for coffee,” he says.

“Business conferences are valuable networking opportunities for delegates, and it is important to balance the programme carefully so that there is a good mix of work and social activities,” claims Cooper. “An effective conference has to be memorable, and organisers should avoid frustrating people by keeping them in the hotel around the clock, but business has to come first. The key is applying techniques that avoid boredom to all aspects of the programme,” he adds. “It’s vital that you think about balance and effectiveness well in advance of the event to get something that is more than a chalk and talk with a social programme tacked on.”

Cooper’s hot tip for a destination that fits the bill is Montreal. “It’s got all the best aspects of a North American city with a strong French flavour, great restaurants, modern shops and, in winter, it’s transformed into a picturesque winter wonderland,” he says.

Roger Harvey is chairman of the Incentive Travel &amp; Meetings Association (ITMA) and, during almost 40 years in the business, has seen many destinations wax and wane in popularity. He firmly believes that organisers have become more careful about their choice of location: “People are more aware of the importance of factors such as logistics when choosing a destination. They used to be swayed by an exotic location, but this is now regarded as a desirable plus and no more than that,” he says.

Stay on the beaten track

He cites a wide range of factors, such as how easy it is for delegates to get to the location, and the visa requirements of certain destinations, which may reduce their appeal if it’s off the beaten track.

Harvey thinks that the most important issue for the industry at the moment is procurement – the power wielded by corporate purchasing departments. “You’ve got to make a strong business case for your destination, irrespective of whether you are taking your own staff or invited guests such as dealers and distributors,” he says. Conference organisers, like all other suppliers in the marketing chain, are being forced to set objectives and show a measurable benefit for most events. “It definitely changes the dynamics,” says Harvey.

Many large client companies, particularly those with US parents, have also introduced security measures, such as limits on the numbers of staff that can travel together on a flight. Acclaim’s Hambley has found that this can have a major impact on destination choice. “If you have several hundred delegates and only one or two flights a day then it can be impossible to get everyone there in the time frame,” he says. This policy tends to favour major transport hubs such as North America and Western Europe at the expense of more remote locations.

Hambley points out that this has even affected destinations close to home, such as the Greek islands. Security concerns don’t just affect travel arrangements. Acclaim has recently been asked to provide security guards for senior staff.

Hambley claims that the global recession has also affected destination choice. “Companies don’t want to have people out of the office for too long, and weekends often aren’t an option unless partners are being invited too, so they ask us to minimise the ‘dead’ time it takes delegates to travel to and from the destination,” he says.

A further problem for organisers is that because of cheaper air travel, few destinations remain beyond the means of the private traveller. Places once regarded as exotic have become accessible to more than just the super-rich or honeymooners. As a result, the motivational aspect of the destination itself is less important and it’s what you do when you are there that counts.

Many cite South Africa as a case in point. Low-cost flights and the collapse of the Rand have made it an affordable holiday destination, but luxury extras, such as a private lodge in the Kruger National Park, are still beyond most people’s means, unless they are a lucky conference delegate.

Most organisers report renewed interest in destinations closer to home, which score well on travel time, cost and accessibility, but lack the glamour of a long-haul location. For a while, Eastern European cities such as Prague and Budapest seemed to offer a winning solution, but many companies ended up embarrassed by the poor food, variable hotels and indifferent attitude to service.

Hambley thinks that many of these problems have been solved and is predicting a resurgence of interest in former Eastern bloc destinations, particularly Moscow and St Petersburg, which mix a little glamour and novelty with quick, affordable flights.

An alternative, says Ben Rodber, director of international events at marketing services agency Rodber Thorneycroft, is to choose a destination that people think they know, and then surprise them with something different. “The trick is to make the usual unusual,” he claims.

A different side of Paris

Rodber Thorneycroft recently did just that for Lloyds TSB Insurance in Paris. Instead of the usual haunts, the company arranged private tours of the lesser-known areas and back streets of Paris and held a dinner in a private mansion next door to the Ritz. Guests were transported around the city by grands bateaux on the Seine, which took them directly to the banks of the athletics ground for the highlight of the trip, the athletics World Championships.

“Paris is the classic,” says Rodber, “because most people have been there since they were school kids and think they have done everything there is to do there. Our challenge was to prove them wrong in the nicest possible way.”

Rodber Thorneycroft has also applied this approach to other well-known cities. In New York, delegates were whisked around the Statue of Liberty in a private speedboat. Rodber claims that clients enthuse about this sort of event because it’s memorable, retains business focus and doesn’t break the bank.

Having lived in both Paris and New York, Rodber was able to play a major role in the planning of both trips, and the company also employs people with specialist local knowledge of major cities to recommend activities matched to the delegates’ profile.

But the days of conferences in tried and tested locations close to home could be numbered. Industry pundits are already spotting renewed interest in destinations further afield. “Our buying power has increased massively in countries where the tourist trade has been hit by fears of terrorism,” says Bernes Price.

It may still be too soon to return to many of them, but there are plenty of other exotic destinations where risks are minimal and value for money is at an all-time high, she claims. Her advice is to bag a bargain before it’s too late.