The weekly local paper – which will launch its first edition on Wednesday 4 March with a print run of 30,000 free copies – will be published by One Media. Its editorial director Richard Moore claims the publisher is investing in local news for the ‘long term.’

Nearly half of regional daily newspapers lost print sales at a rate of more than 10% in 2013, according to the National Union of Journalists (NUJ). While over the past decade, 20% of the UK’s local newspapers have closed, with just 70 new launches.

Despite this, Moore is confident of bucking the trend. “We aim to buck the trend and show that there’s still a viable market for the right local weekly,” said Moore.

“We have been publishing magazines in Tunbridge Wells for seven years and have established strong working relationships with advertisers across all sectors. This has already converted into a healthy revenue stream for the newspaper which has reached 30% of its first year target even before the launch; we can move into profit during year two.”

The paper’s success will be fuelled by an ‘aggressive social media campaign.’ There will be daily behind-the-scenes photos and weekly competitions utilising hashtags. One, #NewsThatTravels, will encourage readers to send photos of how far the newspaper – which will be distributed within a 10 mile radius from Tunbridge Wells – has travelled.

“Earlier this month, the paper was launched at an event attended by more than 100 key advertisers and decision makers, who were all impressed,” adds Moore, who says that the Trinity Mirror Group and Financial Times have both expressed interest in the venture.

“At the same time we have taken on space on hoardings and poster sites. There’s still an appetite for a local news publication in Tunbridge Wells and in many other regional areas across the UK.”

Twitter is stepping up the development of new timeline experiences as it looks to gain new users and accelerate the growth of its lapsed user base, as user growth continues to slow quarterly. 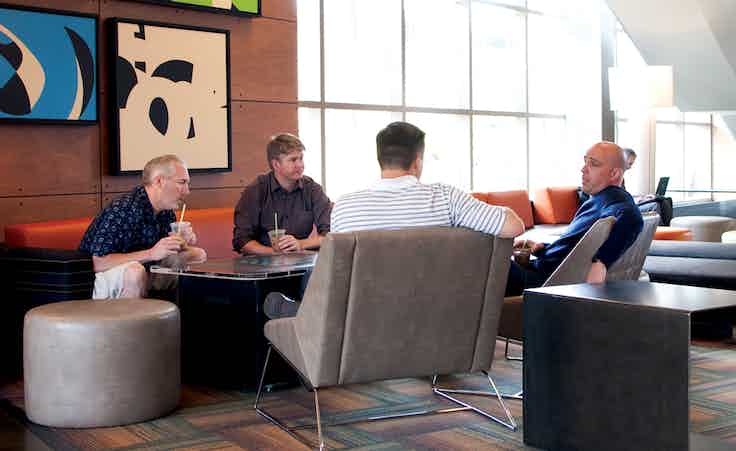 Evidence suggests marketing departments are not just staffed by trained marketers, with data analysts, IT programmers and business strategists becoming essential components of the team and brands actively seeking candidates with varied skill-sets.