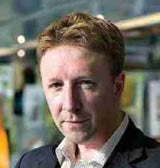 Rarely has an appointment been met with such incredulity as that of Nigel Jones as FCB London’s chief executive. While some in the industry suggest Jones may not be the man for the job, many others argue that the position is below him and that the current chief executive of direct agency Claydon Heeley Jones Mason could have aimed higher.

FCB London has suffered from a lack of profile since its merger with Banks Hoggins O’Shea in 1998, say industry insiders. It has struggled to get on pitch lists; its billings fell by 23 per cent year on year to &£67.6m in 2004 (Nielsen Media Research); and the “saviours” parachuted in since the merger have jumped ship.

The chairman and chief executive, John Banks, left last month, while creative director Al Young is all that remains of the triumvirate Banks brought in to turn things round: managing director Jonathan Rigby and planning director David Bain left earlier this year.

FCB merged with its below-the-line arm FCBi and FCB Healthcare three months ago.

A former FCB executive says that the FCB/FCBi merger and Jones’s appointment are clear signals that global bosses see FCB’s future as an integrated agency, but he warns that this could be to the detriment of attracting and keeping creative talent. He suggests: “Nobody wanted the job and I think that is because they’re worried about where FCB is going.”

John Claydon, chairman of Claydon Heeley Jones Mason, agrees that FCB is looking to an integrated offering and believes Jones will bring a calm tenacity to the table. He admits surprise, but concedes that Jones brings a wealth of integrated know-how from his tenure at Claydon Heeley and BMP DDB. Claydon says: “If you are looking for someone with genuine top-class experience of both above-the-line and below-the-line experience, then you’re recruiting from a select group of one – Nigel.”

Another agency executive says that while Jones, with his planning ability and analytical mind, has the patience and resolve to drive change, he lacks the magnetism and extrovert nature of a conventional chief executive. He says: “He’s not an obvious choice; not a force of nature and certainly not a quick-fix solution. Some question the move: for him and for FCB.” He wonders why Jones would want a job seen by many as a poisoned chalice, with rumours surrounding both parent network IPG’s finances and the possibility of the agency merging with network rival Lowe.

One agency head goes further, questioning the actual existence of FCB and pointing to the numerous hurdles Jones faces. He says: “FCB is not big enough to be big; not different enough to be hugely different; not new enough and not bolstered by international business. It is not going to be an easy task.” That task will be harder still, should Omnicom keep Jones to his six-month notice period.

Yet Jones seems to relish what he expects to be tough times ahead and talks of restoring the “once great” agency to some of its “former glory”. “Very rarely do you find an agency that wants to change as much as FCB,” he says, hitting back at detractors: “I really don’t think the situation is as bleak as many suggest.”

Guardian Media Group-owned radio station 102.2 Smooth FM is launching a television and poster campaign in September. It will be the first campaign promoting the rebranding of 102.2 Jazz FM as Smooth FM. The &£1.5m, two-week campaign was created by Clear Marketing and will run on ITV1 and Channel 4. The ads feature a woman […]

Johnson & Johnson is relaunching its Neutrogena range of Norwegian Formula moisturisers in a bid to appeal to a younger market.