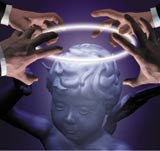 Over the past decade, “corporate social responsibility” (CSR) has become one of the most ill-used phrases in the management lexicon. Hardly a week goes by without one company or another jumping on the bandwagon and trying to assume the soft-focus, fluffy image that goes with having a well-presented “ethical” campaign.

While a handful of brands have based their businesses around an ethical positioning – The Body Shop, Co-operative Bank and Fairtrade brands such as Cafédirect – others, such as Tesco with its Computers for Schools and Walkers with its commitment to raising money for Comic Relief, appear to confine CSR to specific projects. And for some other companies, CSR seems little more than a job-creation scheme for under-employed public relations staff.

An ethical commitment gives chief executives a warm glow as they cash in their multi-million pound share options, and helps the public forget that the goods and services they buy are often produced through human exploitation and environmental devastation.

Since the Rio Earth Summit in 1992, the corporate world has begun to adopt CSR partly in response to campaigning by pressure groups over labour and environmental practices and partly to persuade the world that the corporate sector can effectively self-regulate its activities. Ethical investment funds have boomed and 80 per cent of FTSE companies publish social reports in an effort to be included in ethical fund managers’ portfolios.

Some have more to clean up

It seems that the “dirtier” the industry, the greater the need for an ethical policy. For oil companies BP and Shell, a well-developed agenda of social responsibility has become a basic requirement to deflect criticisms of the pollution and human rights abuses for which the oil industry has become notorious. Tobacco giant British American Tobacco’s (BAT) adoption of an ethical stance may be designed to switch attention away from the cancer-inducing properties of its products. But when even arms manufacturer BAE Systems proclaims that it is committed to socially responsible behaviour, it is little surprise that many people view CSR as a fig-leaf for nefarious corporate activities.

By far the biggest noise in CSR is made by retailers and brand manufacturers that deal directly with consumers. These companies have attracted much derision from those who see their attempts at ethical behaviour as a way of covering up the inequalities of the business world. Off the record, many marketers will admit that CSR is an attempt to shore up a company’s brand image as rapid globalisation highlights exploitation in the production system. As one top marketer told Marketing Week: “The idea that making a profit can be reconciled with being ethical is a nonsense.”

But retail giant Marks &amp; Spencer claims that its latest project, Marks &amp; Start, represents a thorough commitment to improving the communities it operates in and is “real” CSR rather than one of the half-hearted PR stunts which, M&S claims, other companies indulge in.

Launched last week, the programme will offer 10,000 work-experience places to people who may face barriers to getting a job. Over the next three years, the retailer will offer unpaid work placements of between two and four weeks to schoolchildren, including those from deprived areas, the young unemployed and the homeless. Work experience will also be offered to students “who are the first in their family to go to university”, but they will be paid. The candidates will be recommended by charities such as DisabilityGo, which work with the relevant disadvantaged groups. Each trainee will have a member of M&S staff assigned to them as a “buddy” and will have the chance of a job at the chain after the placement has finished. M&S says it is aiming to “help those who help themselves” get a foot on the employment ladder.

It may not sound like much – a couple of weeks of unpaid retail training – but M&S insists that Marks &amp; Start is part of a strong commitment to increasing employment prospects for disadvantaged groups. “It represents a significant shift in M&S’s whole approach to community involvement,” says Ed Williams, the chain’s head of CSR. “It is M&S nailing its colours to the mast. We have taken a philanthropic approach to community activities in the past, writing cheques for charities and responding in a reactive way. Now we are doing what we are best at, helping people to develop skills to sustain employment.

“Driving the shift is a fundamental review by M&S chairman Luc Vandevelde to identify where we can make the biggest impact.”

Williams says M&S is a founding member of the “One Per Cent Club” of companies that pledge one per cent of their profits to good causes, and that Marks &amp; Start will account for the bulk of the retailer’s donation. The placement scheme will be extended internationally to supplier companies in Sri Lanka – helping people disabled in the country’s civil war – and Turkey.

It may be more than a coincidence that M&S has decided to focus on employment, when this is the very issue that has shaken the chain’s corporate reputation over recent years. For much of the last century, it built a name for corporate and community responsibility through its fair treatment of staff and the perception that it was a protector of the UK textile industry through its policy of sourcing most of its clothing products domestically. But its change of policy in recent years has led to thousands of job losses across the country at companies such as Courtaulds and Wm Baird, leaving a legacy of negative headlines that have entered the public consciousness. Before Vandevelde took the helm at M&S, the chain sourced 80 per cent of its clothing from the UK, but this has now diminished to 20 per cent. There was also the embarrassing saga of its closure of European stores, with the loss of 3,400 jobs. The chain was criticised by the French government and European workers marched down Oxford Street in protest.

Williams denies that repairing past PR damage is a motivating factor behind the Marks &amp; Start scheme and says M&S is doing it “because it can”. The chain may be successful in shifting public perceptions, which is important as it seeks to re-establish its position as an institution at the heart of the UK high street.

M&S is a member of Business in the Community (BITC), which represents 700 companies across the UK and promotes CSR. According to the organisation, CSR is defined as: “The way companies manage the business process to produce an overall positive impact on society.”

However, in the broadest sense, BITC believes companies are socially responsible by default. According to BITC development director Mallen Baker: “It is easy to miss the fact that producing goods and services that people want and need immediately has a huge positive impact. It isn’t just about the extras.” But he accepts that some companies have “a long way to go” to implement responsible policies.

BITC has had to defend CSR following Behind the Mask, a damning report by charity Christian Aid, published last month. The report accuses companies of hypocrisy and trying to garner positive PR through their use of CSR. “Companies make loud public commitments to principles of ethical behaviour and undertake ‘good works’ in the communities in which they operate… The problem is that they frequently use such initiatives to defend ways of working which come in for public criticism,” it says.

Christian Aid uses case studies of Shell, BAT and Coca-Cola to demonstrate its belief that CSR is “unable to deliver on its grand promises”, and demands legislation to ensure that companies meet basic social and environmental standards in developing countries. “Some of those shouting the loudest about their corporate virtues are also among those inflicting continuing damage on communities where they work – particularly poor communities,” says Andrew Pendleton, senior policy officer at Christian Aid and author of the report. “Legally binding regulation is now needed to lessen the devastating impact that companies can have in an ever-more globalised world.”

The report says that, for instance, Shell in Nigeria claims it has turned over a new leaf there and strives to be a “good neighbour”. Yet the report adds that the oil company still fails to quickly clean up oil spills that ruin villages and that it runs “community development” projects, which are frequently ineffective and sometimes even widen divisions in communities living around the oilfields. Shell says it cannot be held responsible for poverty and that it is trying to improve the situation.

BAT stresses the importance of upholding high standards of health and safety among its workers, and claims to provide local farmers with the necessary training and protective clothing. But Christian Aid claims that contract farmers in Kenya and Brazil say this does not happen, and report chronic ill heath related to tobacco cultivation.

Coca-Cola emphasises “using natural resources responsibly”. Yet a wholly owned subsidiary in India is accused in Christian Aid’s report of depleting village wells in an area where water is notoriously scarce and it has been told by an Indian court to stop drawing ground water.

But Baker hits back at the report, saying it is not “academically robust”. He believes legislation would do little to improve the situation. “CSR is about best practice. For it to be about responsibility at all, it has to be about the choices that the company makes within its business environment. Simply complying with the law is not CSR,” he says.

A Private Member’s Bill presented to Parliament to make corporate reporting of their social and environmental activities compulsory looks likely to fail, so the prospect of legislation seems remote. The fact that CSR is voluntary makes it seem all the more charitable, and it looks as if shareholders and consumers will be able to bask in the warm glow of CSR for many years to come.

Walkers Crisps has been involved in a variety of CSR schemes, most notably Books for Schools, which finished last year. Schools were given books when they presented the company with wrappers from crisps packets, usually collected by pupils. For last year’s Comic Relief, Walkers produced a baked-bean flavour crisp and got stars such Kate Winslet, Liam Neeson, ZoÃÂ« Ball and Ian Wright to ‘fart’ in TV ads. The noise was made by a whoopee cushion, given away with multi-packs of crisps to promote Red Nose Day.

Co-operative Bank pledges that it will not invest in any government or business that fails to uphold basic human rights within its sphere of influence, or any business whose links to a repressive regime are a ‘continuing cause for concern’. It makes this ethical stance the central focus of its appeal and constructs its ethical policy through consultation with customers, who are asked to vote for the policies they most agree with. In 2002, Co-operative Financial Services was created from the merger of Co-op Bank and Co-operative Insurance Services. Products are to be offered through the 2,000 Co-op convenience stores around the UK (MW last week).