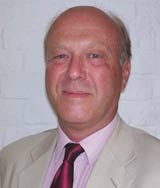 For the first time in their 12-year history, Asian television channels in the UK have reliable viewing figures. Continental Research has published the first of a planned series of surveys into viewing by South Asians in the UK, showing that about 1 million British Asians are watching TV channels specifically aimed at them.

Ownership by South Asians of satellite or cable systems is twice the UK norm, predictably perhaps, as this is the easiest way for them to watch programmes of ethnic interest.

Ironic then that COI Communications has simultaneously revealed a selection of results from its own survey due out in August, claiming that the mainstream media adequately reaches ethnic communities.

It is strange for a joined-up government agency, which this month also said that the Government is trying to encourage the advertising industry to show regard for diversity in society.

Of course, it is not just taxpayers’ money that is at issue here. About three-quarters of the UK’s independent retailers are controlled by Asians, with turnover recently estimated at more than £13bn for the grocery, pharmacy and confectioner-tobacconist-newsagent (CTN) sectors alone.

While most campaigns on UK Asian channels are for Asian companies, a small but steadily growing number of mainstream advertisers are using ethnic TV to reach retailers at the same time as the Asian consumer. Companies such as GlaxoSmithKline are already using a selection of Asian television channels to boost coverage of the trade too. But to influence the affluent Asian consumer, what better environment than his or her favourite Asian channel to get the message home?

The growing number of Asian channels reflects Asian entrepreneurialism. At the established end, the Bollywood channels from B4U have the largest audience of half a million viewers, with Sony Entertainment Television Asia and Zee TV closely following, having both accumulated substantial audiences. Sony has tapped into the Asian keenness for cricket, and regularly shows live Tests and internationals from Asian countries which are not shown on any other channels in Britain.

This year the Institute of Practitioners in Advertising’s research appraisals committee has endorsed the Continental Research survey. The IPA has also pledged to boost the effectiveness of the ad industry in communicating with the UK’s ethnic minorities.

Will marketers follow its lead, or bury their heads in the sand and hope non-ethnic media reaches ethnic consumers adequately? Call them a minority if you dare, but with 2.5 million Asian consumers alone, there is a lot of kudos waiting for marketers who can exploit this wealth in its own favourite media environment.