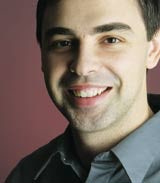 When two computer science students dropped out of university in California in 1995 to pursue their dream of creating an internet search engine, few people would have imagined that ten years later they would be running the world’s most valuable media company, worth more than $81bn (£44bn).

Set up in 1996 and christened Google in 1998, the search engine last week overtook Time Warner, which has a stock market value of about $78bn (£43bn), to become the world’s largest media company. Viacom and Walt Disney trail well behind, with market valuations of about $55bn (£30bn).

Google has capitalised on the boom in pay-per-click advertising and is introducing a range of new services to complement its search capability. The company hopes the likes of its Froogle shopping comparison site and its Gmail e-mail service will drive growth in searching – and consequently in ads and revenue.

But it admits it faces “formidable competition” in every aspect of its business – particularly from Microsoft and Yahoo! – and that new technology could block its ads, wiping out its revenue.

Google’s rivals already have, or are developing, similar complementary services to support their search engines. It is estimated that, while 7 million people a month visit Google’s news site, 25 million use Yahoo!’s equivalent.

MSN claims that 62 per cent of people in the UK visit its site each month and that its revamped search facility is giving Google a run for its money.

MSN UK search business manager David Graham says: “Google has done very well but it’s early days in this market. Search is still very much in its infancy and it’s still all to play for.”

However, Julian Smith, an online advertising analyst at Jupiter Research, thinks that the simplicity of Google’s service gives it the upper hand.

“Google’s home page is clean and uncluttered,” he says. “Google has incredible user loyalty. It’s become synonymous with search and that’s going to be difficult to break.”

Smith says the market has exploded because mainstream consumers are now online. He thinks broadband has opened up a new world of possibilities, with people using the internet for longer and adds that if rivals are to combat Google’s growth, they must increase their user loyalty.

And Google is unlikely to sit still. About 75 per cent of Google’s revenue comes from the US and the UK (It was reported recently that easyJet spends £18,000 a day on Google ads.), so there is plenty of scope for further expansion.

To grow, it must attract more advertisers, expand into more countries and get more people searching. Central to that will be the success of its new services.