As the landscape evolves, so too do consumer expectations. The way people engage with brands is changing and there is an increasing demand for personal experience, but at the same time people are concerned about whether brands can be trusted with their information, so what should be the big focus points for marketers in 2014?

Marketing Week talks to senior marketers at some of the UK’s biggest brands to find out. Part two will be published tomorrow, Tuesday 17 December.

“The biggest trend for marketing in 2014 is certain to be around increasing personalisation and relevance in communication,” says Cheryl Calverley, Birds Eye masterbrand marketing manager.

“Consumers now expect an end-to-end, personalised conversation and experience with a brand. Marketers that fail to embrace this and continue with a one-size-fits-all creative and communication strategy will simply not be part of the conversation,” she warns.

In fact, 56 per cent of consumers say they would be more inclined to use a retailer if it offered a good personalised experience, according to O2 ’s The Rise of Me-tail study. And considering that personalisation could lift sales by 7.8 per cent, retailers would be wise to take note.

This move towards personalisation means 2014 will be the first year that traditional mass media becomes direct, according to James Frost, marketing director at Nectar .

“Disciplines such as targeting, segmentation and analytics that used to be the preserve of the direct marketing industry will increasingly find their way into TV and online advertising,” says Nectar marketing director James Frost.

This shift in consumers’ expectations has been buoyed by the “always-on” mentality, suggests Steven Taylor, vice-president of marketing at Starwood Hotels EMEA. 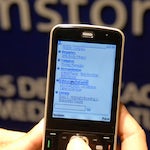 “If Amazon can anticipate what type of books someone wants to read, and if Apple can make recommendations about what music or videos [consumers] want to download, it stands to reason  they [will also want] the hotel company they stay with 50 times a year to know what they want and deliver consistently against their expectations.”

Starwood has introduced a number of initiatives to help achieve this objective including the Starwood Preferred Guest iPhone app, which offers personalised bookings and information to enhance a guest’s experience.

Oliver Pilgerstorfer, marketing director, Europe, for BBM at BlackBerry agrees that personalisation is what consumers want and expect. He reckons that “2014 will see the emergence of more tools and services that will empower marketers to do this effectively, especially using geo-location on mobile devices ”.

The idea of connecting with “always-on” consumers is also a critical part of the strategy at haircare specialist John Frieda, but UK marketing director Giles Gordon warns that “it is only useful if you are enriching the lives of your audience”.

He says: “We need to open ourselves up, invite the consumer in and then feel confident that [they] will choose to interact with us.”

But as the personalisation agenda gains pace Rob Edmundson, director of digital at Bupa UK, reckons it will increasingly become the responsibility of financial directors rather than marketers as the era of rigorous cost-control continues to dominate. As a result, businesses and customers will begin to ask how this really helps and consider the benefits.

He says: “This behaviour will force us to be clearer on how we create real returns, how we invest wisely and how we avoid the well-known horror stories where businesses have got carried away – essentially creating personalisation for effect rather than personalisation to add tangible value. This will be the key shift in 2014.”

As the ability to identify consumers across multiple devices becomes more common, sequential messaging could be on the cards next year meaning people will be able to see brand messages in a sequence that fits together across screens.

“At a time when TV-bashing seems to be flagging it looks like the smart money could be on finding ways to enhance TV, not bury it,” says Twitter UK managing director Bruce Daisley.

And although brands are aware of this change in consumer behaviour, particularly as ‘dual-screening’ becomes mainstream, it is only just starting to impact the world of marketing, he says. He cites a piece of research by MarketShare Partners which suggests that brands enhancing their TV spots with social ads such as promoted tweets lower their cost per acquisition by 38 per cent.

As consumers watch more TV via smartphones and on-demand, marketers will need to adjust their approach, says Chris Ellis, group digital marketing manager at Belron, owner of the Autoglass brand, who works with agency DigitasLBi.

“Some marketers already consider TV to be a digital medium, but for others there is still a traditional separation in planning,” he says.

Next year he predicts TV will become part of digital advertising, and digital will then become mainstream. “It’s like the rise of mobile,” he says. “There will be subtle and incremental changes, everyone will keep predicting a big change and then one day they’ll wake up and realise it has already happened.” 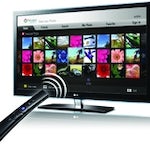 “While many marketing teams have channel-specific roles, the power, depth and influence of what it means to trade around social means that every member of the marketing team – and really, by extension, all teams – needs to engage with social media,” she says. “Social channels layer above and in-between everything [companies] do from a marketing and business standpoint, so it’s important not to marginalise its influence by making it one person’s job.”

This becomes even more important as the social media environment evolves and fragments.

Gemma Carver , group marketing director at Livebookings, says: “It’s no longer just about Facebook or Twitter, but a myriad of sites such as Snapchat, Tinder, Tumblr, and Pinterest. Many of these have streamlined the social experience and do just one thing, meaning most people have three or four social profiles.”

Changes like this, and the fact Google is set to add a social layer to its search capabilities, will become a big challenge for marketers, she says, so it is critical to stay one step ahead.

As the way people consume media changes, so too will the way companies measure engagement, according to Jocelyn Cripps , executive vice-president of global B2C marketing at the Financial Times, which is paying a lot of attention to device pairing and tracking logged-in users across platforms.

She says. “The amount of content being accessed via mobile is growing sharply, and most acutely among our loyal subscribers. This quarter we’ve been testing some technology that allows us to retarget across desktop and mobile devices, and I see this as a big part of our acquisition plans next year.”

The issue of privacy will continue to influence marketers in 2014 as the terms of the EU’s General Data Protection Regulation are finalised, unifying data protection laws across 28 countries.

However, although privacy is important, the legislation itself will not be a big focus next year according to Cripps at the Financial Times. “The privacy directive is always at the front of our minds, given the sophistication with which we use data, but since implementation of any ruling is unlikely before 2017 there are plenty of things we can focus on in the meantime,” she says.

Nectar marketing director Frost believes that as legislators have not been able to keep up with the fast pace of digital development it is incumbent on brands to ensure data is used responsibly to gain customers’ respect in the long run.

It has developed a set of privacy principles it believes are core to building lasting relationships with consumers, based on the values of transparency, added value, control and trust – or TACT.

“There will be more onus on companies to act responsibly to fill the vacuum while the legislators debate what they’re going to do,” Frost says. “The companies that succeed in doing that will have better relationships with consumers and will become trusted partners.”

Standard Life digital manager Mickael Paris fears that online privacy has gone from one extreme to the other, however. “While I agree that data protection is important I also believe that marketing isn’t a dirty word,” he says. “How successful would a shopkeeper be if they didn’t know who their customers were?”

Spencer McHugh, director of brand marketing at EE , reckons 3D printing will become more mainstream in 2014 as brands begin using it at scale.

“It’s getting to that tipping point whereby we’re beyond the experimentation phase and it is now becoming a meaningful marketing investment for brands,” he says. ”We will hopefully see some bigger, more significant 3D campaigns and projects next year.

“We’re certainly thinking about it at EE and trying to find the right application and the right product and proposition for it. We want to do something that is genuinely useful and interesting for customers, rather than something experimental.”

“Five years ago it was about bling, but now it’s about provenance,” says Charles Gibb, president of Belvedere Vodka. “Consumers want to know more about the brands they consume, so the importance of authenticity and provenance will continue to play right across the spectrum.”

Similarly, Martin Riley, chief marketing officer at Pernod Ricard, believes the importance of ethics and social responsibility will become more pronounced and integrated into communications, as consumers get more discerning about what they spend their money on.

He says: “They’ll want to know more about the brand or service in question – where it comes from, how it’s made, what makes it different, how it brings a benefit and what the brand or company stands for.“

She says: “The boundaries continue to crumble as brands increasingly trade internationally, retailers ship globally and social media gives people from around the world the chance to engage. The question then is about how to leverage one country’s trends in another, like the way phenomena such as Black Friday have come our way. [Marketers] need to think globally and act locally in a way they’ve never had to before. This requires international experience on marketing teams; which is easier in cities such as London, but can be difficult in other locations.”

Unilever is partnering its Flora brand with Warburtons for a shopper marketing drive to highlight the taste and health benefits of both as the former steps up efforts to kickstart growth. 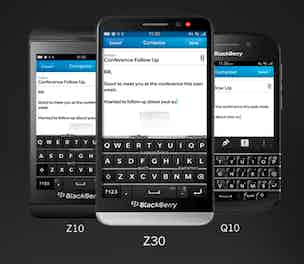