MySpace, the social network that desperately wants to regain its former prominence, has put its money where its mouth is with a $20m relaunch campaign to try to lure the kids back to its platform. MySpace, which once dominated the social media space, has struggled to fight off Facebook and Twitter.

The star-studded ad features celebs and music artist including Pharrell Williams Ciara and Robin Thicke. It’s a great looking music video-esque campaign with trendy looking musician smashing up guitars and skateboarding around a white box, but the elephant in the room is whether any amount of advertising, no matter how slick, can turnaround the perception that MySpace has had its day.

Rangers fans everywhere were given cause to celebrate this week following the advertising watchdog’s ruling that the Ibrox club is in fact the most successful in Scotland. The Advertising Standards Authority said 78 complainants believed the “most successful club in Scotland” boast was misleading because it had only been formed in 2012. The football club was forced into administration after mounting financial woes finally took their toil. Despite the technicality, the regulator said the Rangers brand is a “recognisable entity in its own right” and has continued to exist despite being transferred to another owner.

EE was at the centre of a social media storm this week which led to arch rival O2 upstaging it with some fleet-footed Twitter activity. EE had been asking people on Twitter to recreate famous album covers using unusual materials in exchange for free Glastonbury tickets but did not have enough to offer all 15 winners after changing the competition half way through. The gaff was revealed on the micro-blogging site by one of the unlucky five after the company tried to offer those affected Ticketmaster vouchers equal to the value of two weekend Glastonbury tickets. O2 pounced on the mistake by offering the disgruntled fan free O2 Academy tickets for the rest of the year. EE were eventually able to source some extra tickets for all the competition winners.

WhereGoodGrows.org is an “Idea Sharing Market” designed to help brands share ideas and campaigns and learn from what others have achieved to drive positive behaviour change. It was launched last week by Thomas Kolster, who wrote the book “Goodvertising”. The start-up’s mission statement is “to make the world better by making communication better”. The idea is that brands can upload campaigns and content they have created to drive the sustainability agenda so that other brands in other regions can learn from and even recreate the idea through a “shared good license”.

Kolster believes that if brands are open about sharing their ideas and what they achieved the idea can go further and make a bigger positive impact around the globe. Brands already displaying work on the site include Apple, Coca-Cola and Adidas.

Luna Corona – Corona has launched a billboard ad in New York City designed with the Lunar cycle in mind. The thinking behind the campaign is that sometimes the moon resembles a wedge of lime, the preferred accompaniment to the beer, and the billboard was designed to align with the moon on June 15 between 20.45 and 23.00 in the Big Apple. The campaign runs with the strap line “Luna Corona”.

Tesco Bank woos Irish home-dwellers – Tesco Bank is on Irish TV screens this week with an ad campaign geared towards boosting awareness of its home insurance packages among Tesco Clubcard holders. The campaign features the voice of Irish TV personality Marty Whelan who advises viewers to “protect your home from the unexpected” and forms part of a wider bid to cross sell its financial services to its Clubcard holders.

“Brands have to use their business savvy and skill set to come up w innovations for a sustainable future – not only intentions!”

@EE responding to a social media backlash after a winner of its Glastonbury tickets competition was offered Ticketmaster vouchers instead of the actual prize. 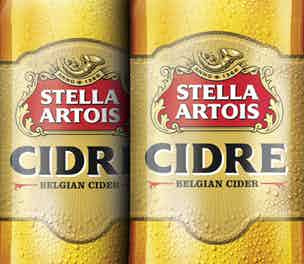 Costa Coffee and Stella Artois are among a host of brands relying on weather-activated outdoor ads on digital out-of-home (OOH) panels to negotiate the notoriously unpredictable British summertime.

Marketers attending Marketing Week Live this month will be given the chance to test their digital skills against their peers – and identify gaps in their knowledge – using Econsultancy’s free “Digital Talent Challenge” app.

I was somewhat amused by the play-off between Crystal Palace and Watford for a place in the Premiership last bank holiday – both in that the so-called richest game in football was contested between the third and fifth best teams in the second flight of English football, but also in the irony that the players who fought so valiantly to win the game were more than likely to be making themselves redundant. While they may have proved good enough for the second tier, they almost certainly would not be good enough for a team in the Premiership, especially one with £120m burning a hole in the chairman’s pocket.