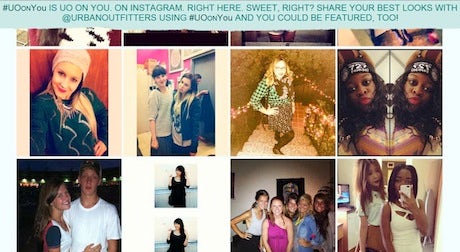 Urban Outfitters unveiled the latest phase of its social strategy this week with a plan to use user-generated pics to sell its clothes online. The fashion retailer relaunched its UOonYou (Urban Outfitters on You) Instagram page – where fans can upload pics of themselves wearing the retailer’s clothes – to source pics of people wearing its clothes in real-life situations that it will then link back to product pages. While brands have attempted a similar tactic before, the laborious process of going through and tagging hundreds of pics has prevented them from implementing something on a grander scale. Urban Outfitters says the initiative will lead to it putting social pics directly on its product pages in the coming months and claims it is a “win-win” opportunity for driving social engagement. The company joins a growing list of brands including Adidas and Under Armour experimenting with monetising social advocacy.

The club’s annual revenues have skyrocketed following multi-million pound deals with brands including Chevrolet and PepsiCo. In figures announced this week, the Premier League champions revealed that 42 per cent of their earnings now come from sponsorship, merchandising and product licensing initiatives, with commercial revenues coming in at £153m in the 12 months to  June. The results speak to the strength of the Manchester United brand, with companies from Russian airline Aeroflot to AEG keen to associate their names with the team. Plus, they provide a much needed boost for new CEO Ed Woodward after concerns over the departure of former manager Sir Alex Ferguson and the disappointing summer transfer windows at Old Trafford.

Although United is clearly a brand well exploited, the club’s financial arrangements are far from to be admired. The club paid £71m financing its debt in the period.

There were red faces all round at Persil this week after its complaint about Fairy’s “lasts twice as long” tagline was rejected. The Advertising Standards Authority backed Fairy’s boast, saying the brand had scientific evidence to substantiate its claim and the ad was not misleading.

As if to add insult to injury, Fairy then stepped up its marketing activity to make sure customers are aware the claims are true. It ran a series of print ads that read “Fairy lasts 2x longer than the next best-selling brand” and included the strapline “That’s Fairyconomy”.

The Wall Street Journal and specialist channel All Things D are to part ways at the end of the year, ending a two-decade relationship that has seen the website become a must-read for the technology industry under the wing of the newspaper brand.

Coca-Cola has cancelled a Canadian campaign that randomly matched English and French words inside its bottle caps after one person was served with the pairing: ‘You’ and ’Retard’. Said person took particular offence as they have a relative that is developmentally impaired. Some English-speaking audiences were also offended (maybe some where amused?) when they were served the word ‘Douche’, according to reports.

Once the domain of sci-fi fantasy, car marques including Nissan and Tesla Motors are reportedly putting the wheels in motion to get such products to market. However, more surprisingly Google is also looking to get in on the act. Whether this increases the likelihood of having more branded vehicles remains to be seen but it can’t be long before start-ups in the sector start to emerge.

@Paul_Framp – chief executive of Havas Media on branding CSR.
“Should we replace the vernacular of #CSR with the term “shared value” as happens in US?”

@damianburns – director of global agency business at Google
“All Twitter trolls were seemingly educated in a school where the usage of ‘your’ in place of ‘you’re’ is the masonic handshake of abuse.”

@TonyW – general manager Twitter UK,
“Okay lots of #BreakingBad tweets, taking a twitter break until I get caught up and return later tonight darker, stressed and full of angst.”

23 – 27 September – Social Media Week returns to London for the fourth consecutive year. Panels, parties and more will be crammed over the five days to bring the city’s sharpest social media minds together to discuss social’s role as a catalyst from driving cultural and commercial change.

24 September – CoolBrands is hosting an event to discuss the latest trends from its annual  rankings.

25 September – British Gas will be offering attendees a glimpse in the homes of tomorrow at its “Home Start Home” event where it will discuss the customer engagement potential connected homes offering.

DMEXCO: AOL chairman and CEO Tim Armstrong says he believes the future of advertising is “datatising” and that media companies like the one he leads need to adopt the skillsets of enterprise companies like Salesforce or Oracle to succeed. 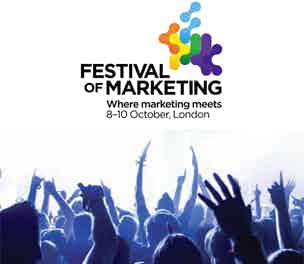 The Festival of Marketing is a brand new series of events celebrating marketing in all its forms, brought to you by Marketing Week and its sister brands Econsultancy, Design Week, Creative Review and Data Strategy. Taking place across several venues in east London from 8 to 10 October, it will cover the big issues of […] 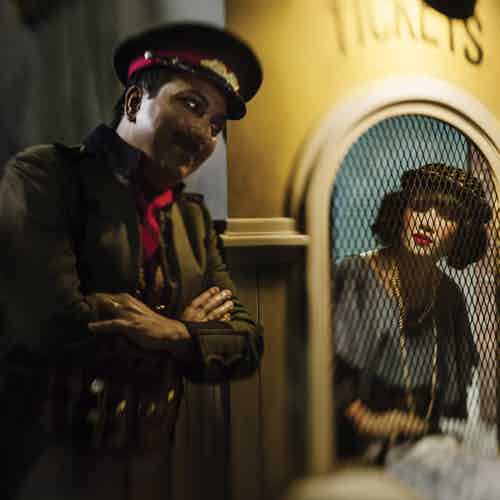 Investing in a spectacular staff Christmas party is back on the business agenda – but the modern festive bash is expected to accomplish much more than employee good cheer.