In a sector where ads are usually product dominated, one that features not an APR, ISA or AER is notable. Nationwide’s latest eschews its own recent past by focussing on brand values. It draws out what the building society hopes will be its trump card in its quest to be the “major, credible, trusted, full service rival to the established bank brands”  – its focus on people, its own staff’s contribution and those they serve. The 18 Feet and Rising-created campaign is the firm’s biggest in terms of media outlay and it hopes the engaging stories told in the ads will help increase unprompted awareness of its offer among those looking to switch.

After laying out millions in activating Budweiser and Stella Artois’ sponsorship of the World Cup and Wimbledon respectively, brand owners AB InBev will be sitting pretty after reporting a healthy 13.5 per cent sales spike in the UK for its latest quarter.Themed promotions, and on and off trade activation led to both market share and sales boosts, the brewer said.
The brewer’s Budweiser brand was the official beer of the World Cup and the association was promoted heavily using the “Rise as One” platform in the run-up to and during the tournament, while Stella’s premium credentials were highlighted in the “perfect serve” campaign that backed its sponsorship of Wimbledon. The World Cup tie helped AB InBev increase revenue by 5 per cent to $12.2bn globally in the quarter.

After some very positive headlines early last month detailing healthy returns for its football offering following a successful World Cup, the company issued a sobering assessment of its sales expectations. Football is proving to be a shard of light in an otherwise gloomy picture for Adidas, which this week said worse than expected sales from Russia and of its TaylorMade Adidas Golf range would put a drag on 2014 results. Partly in response it is revamping its global brand setup – setting up individual global brand teams for all its sporting categories.

The Dutch beer brand turned the traditional coupon code promotion on its head this week by placing Bluetooth beacons inside its bottle caps. When Grolsch drinkers open their favourite beer they can tap the cap against their phone or laptop to unlock a free movie to watch. The technology, developed by Heads and Hands, transmits a radio signal from the beacon to a server with a previously registered serial number. Once a connection has been established the drinker can pick a film to receive. It’s an interesting play from Groslch at a time when brewers are increasingly joining the “Internet of Things” rush to offer fans more connectivity. Heineken is trialling an LED-activated bottle that lights in time to the music and when people toast one another.

Guinness launches charge in the US

Not to be outdone by its Grolsch beer rival, Guinness is flexing its marketing might with a new US campaign. It launches in September and features a range of Guinness variants from different parts of the world. Guinness Blonde American Lager will be the first brew to appear in what the brand calls its “Discovery Series, spanning TV and print. The plan is to launch two discovery stouts each year, promoting the various taste and brewing styles. Blonde will become a main fixture in the Guinness portfolio but future variants could be limited editions, the company said.

The cereal maker is making wholesale marketing changes to one of its biggest brands that will ditch the traditional weight-loss messaging to embrace nutrition. Kellogg’s hopes the move can realign the brand to what it says are shifting customer views on weight management. Customers are less concerned on “reduced calories” and want more “nutritious foods”, said chief executive John Bryant yesterday (31 July) on a conference call following its second quarter results. Further details of the strategy were not shared but the business said new ads would break later this year and early in 2015.

@MorkBorkowski – publicist on “meal deal” promotions
At £4.50, a cheese sandwich, bag of crisp and a bottle of water is neither a meal or a deal.

@RichardAyoade – Screenwriter and comedian on Share a Coke
Your name is not in store, but don’t worry, there are other ways to Share a Coke”. This is like a gnostic sect.

@marketingmog – marketing consultant on Tesco’s Price Promise
You know what, @Tesco? Don’t give me a voucher for £1.20 off my next shop, just refund the money now, as you’ve clearly over-charged me…

@leorayman – head of strategy at Grey London on “flabby” definitions
LOVE THIS O/H “Although ‘Content’ is a flabby word, it’s not as flabby as ‘Digital’.” 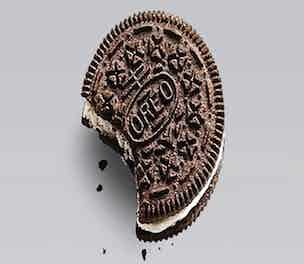 Mondelez International’s rebranding of the CMO under the newly created chief growth officer title does not signal its dwindling faith in the discipline but rather a growing appetite to making marketing more directly accountable to the business’s bottom line. 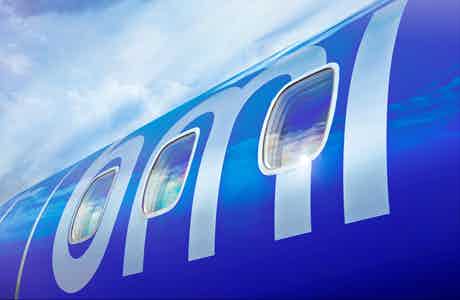 BMI Regional is planning a relaunch for the 50th anniversary of the British Midland Airways original airline. 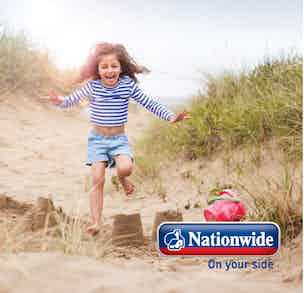 Nationwide is making its biggest ever media investment in a brand building campaign the building society hopes will help raise awareness of its brand differentiators among prospective customers after finding spontaneous awareness is half that of the high street giants.