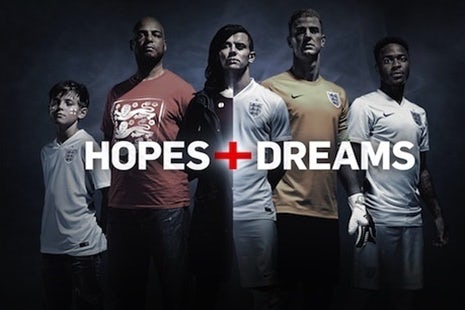 Dumped out of the World Cup ingloriously and facing levels of apathy unknown to now, the Football Association is facing a considerable challenge convincing people to hand over their hard earned cash for tickets to attend England’s European Championship qualifiers. The ‘Together for England’ push was this week unveiled and heralded as a “step change” in the FA’s marketing of England as it switches from specific activations for each match to a single creative concept.

The challenge facing the FA was brought into sharp focus this week when the team’s first game since the World Cup was attended by just 40,000 fans, the lowest ever for an England game at the stadium.

It is not a challenge it is oblivious to. Russell James, head of marketing at the FA, told Marketing Week: “England fans were disappointed by what happened at the World Cup. You could say the half empty stadium  [at the England vs Norway] match is representative of how big that challenge is and how important it is that we make supporting England matter to fans.”

The governing body needs ticket sales to increase in order to speed-up the payment of its outstanding £200m debt on the stadium. No pressure then.

A better week than it has been used to of late. The Co-op has returned to profit for the six months to 5 July with income of £12m, an improvement on the £767m loss made a year ago. It also announced interim CEO Richard Pennycook has been handed the job on a permanent basis. A cross-brand campaign is being prepped, as is strategic activity for its insurance and funeral care businesses. Plenty of room for improvement still in terms of profitability and in rebuilding trust after a period that saw its banking arm mired in controversy and the departure of its former chief executive Euan Sutherland amid claims that the group was “ungovernable”, but it’s a start. 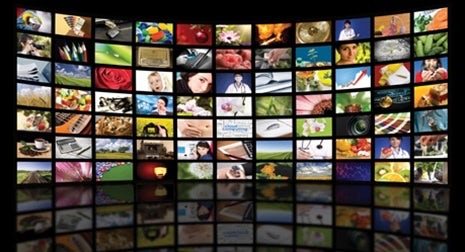 According to a report by the World Federation of Advertisers, the world’s biggest brands are increasingly moving their programmatic advertising spend away from agency trading desks and to independent specialists.

Brand use of media agency trading desks has declined from 81 per cent of advertisers last year to 69 per cent in 2014, according to the WFA poll of marketers from 43 of the biggest global brands, which combined account for $35bn (£21bn) in annual advertising spend.

The primary concerns were unease about the way data is captured and utilised, and the repercussions and inefficiency of ad misplacement.

Philips’ senior director of global media Sital Banerjee put the challenge agency trading desks face into sharp focus when he said those with programmatic trading desks must “wake up and smell the coffee”.

He added: “They need to raise the game and demonstrate that they are true partners by working together with advertisers to provide them with the confidence and transparency around the investments being made.

Adidas put the Autumn/Winter fashion show for its NEO label in the hands of fans, giving them the opportunity to control everything from set design to music to the clothes on show via a tweet. Brand ambassador Selena Gomez kicked off the campaign with a video explaining the concept, which was created by Iris. Teens were then asked to vote by retweeting and favouriting tweets from the brand, with the results shown in real time on a digital barometer. The aim, says Adidas, is to hand control to fans of the NEO label and creates a fashion show “made by teens, for teens”.

Didn’t think paper catalogues were innovative bits of tech? Think again. Ikea is promoting the launch of its 2015 catalogue in Singapore with a spoof of Apple ads from BBH. Introduced by a “chief design guru” Jorgen Eghammer who speaks enthusiastically about the magical “book-book”, the ad uses a white background similar to those found in Apple ads to highlight the catalogues features. These include “eternal battery life”, a useful bookmarking function, instant page loading and “tactile touch technology”.

“Once in a while, something comes along that changes the way we live, a device so simple and intuitive, using it feels almost familiar. Introducing the 2015 Ikea catalogue. It’s not a digital book or an e-book. It’s a bookbook,” says Eghammer.

Lego overtook Mattel in terms of sales in the first half of the year, making it the biggest toy maker in the world by both revenue and profit. Lego’s results were buoyed by “The Lego Movie”, which boss Vig Knudstorp said was a “great celebration of the Lego spirit”. Mattel on the other hand has seen sales stutter as Barbie sales flag.

However, there is still some strong competition to take the toy-making crown for the whole year. The second half is much busier thanks to Christmas and Mattel recently bought Mega Brands for £366m, putting it in direct competition with Lego in the construction toys business. The big question is, can Lego ride the wave of enthusiasm for the brand caused by the move all the way to the end of the year? A continuation of its innovative marketing, which has seen the firm create an all-Lego ad break, will be key.

Connect without lifting a finger

Wearable took another step forward at IFA this week with the announcement of the Mota smart ring. The device pairs via Bluetooth with either an Android or iOS device to show notifications including text message, calendar events, emails and incoming calls and delivers them in the form of text, audio and vibrating alerts show on the ring’s display.

It wasn’t the only company revealing wearable tech: Motorola, Sony and LG all unveiled new smart watches and Samsung launched a virtual reality headset. The signs suggest marketers will have to work out their wearable strategy soon to create content designed to appeal to consumers jumping on this new technology.

Celebs should keep their nuddy photos in my First Direct acct. Takes 8 PIN numbers, a phone app and the name of my dad’s neighbour to get in

In an ad break during the final, Kevin Bacon will run into Harvey Keitel and they’ll both just burst into tears.

Just been out to support local shops. Queued for half an hour. On my way home to support remote internet retailer.

@Paul_Framp – Havas Media CEO on the importance of your personal brand.

Seize any opportunity to build your own personal brand as you never know when it will come in handy in the future.

11 September: Both Waitrose and Morrisons will announce results. Waitrose has already warned on profit while Morrisons is trying to turn around declining sales with a marketing push to promote its “every day low prices”.