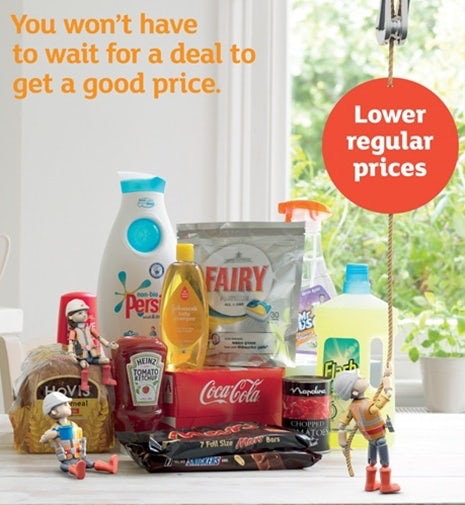 Sainsbury’s has sat out of the base price war to date but it has realised it can’t escape the new reality indefinitely. The supermarket’s new campaign places more emphasis on price and promotions and uses the line “lower regular prices”. Thousands of prices are being cut in a move that echoes efforts by Tesco, Morrisons as well as Asda’s long-term strategy, which are all a reaction to the rise of the discounters.

In a move sure to raise eyebrows, the element of the campaign sees it change its Brand Match scheme so prices are compared to Asda only. Asda, Sainsbury’s nearest rival in terms of share and sales , is seen as a leader on price and is proving to be a relative success among the big four – its sales are growing while the other three are in decline. The two-pronged attack is bold. Sainsbury’s should still talk values, however, or it risks being part of the pack. 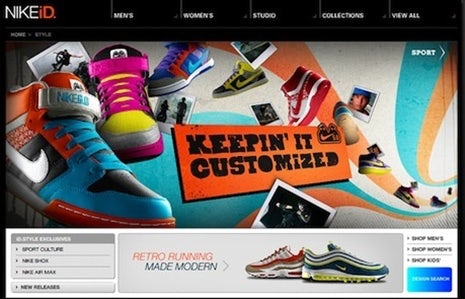 The sportswear giant has just reported a 70 per cent uplift in online revenue.  The sportswear maker credited the ‘through the roof’ spike in the three months to August to sales from its NikeID customisation service, women’s merchandise and running apparel. Nike gave special credit to its Training Club app for women, which has been downloaded 17 million times, for driving demand for its apparel. Not only is the site good for sales it is proving good for insight, Nike says. Teams across the business are using the data gleaned from the services to inform future investments, which the company added will cover updates to the Nike Training Club concept, online stores and digital style guides, it says.

Another in a long list of bad weeks. It started Monday with the revelation that it had overstated profit by £250m, an accounting error that saw billions wiped off its share price and the suspension of four of its executives. Things spiralled Tuesday when Kantar data showed its sales were down 4.5 per cent year on year in the 12 weeks to 14 September – worse than the 3.8 per cent in the previous quarter and making it the worst performing supermarket in the sector.  Its woes were underlined Wednesday when YouGov data showed its brand reputation had suffered as a result of corporate blunders.

Logistics company DHL became the first company authorised to use drones for commercial use in Europe this week. It plans to use the aircraft to transport medicine to a small island outside Germany in the North Sea.

The move to actually officially launch flights propels DHL ahead of the tech companies in terms of the cool stakes, as both Amazon and Google’s drone delivery services are both still in test phase.

1980s brat packer Rob Lowe has been invited by satellite company DirecTV to star in another of its self-deprecating spots. The West Wing and Parks and Recreation star plays a dual role as a slimy-looking paunched couch potato and a suave suited sex symbol – one a bog standard cable customer and the other a DirecTV convert. We’ll let you guess which is which.

Social media has been abuzz this week with news of the launch of a new social network, Ello. The site, which is currently invite only, is ad-free and launched with a manifesto from its founders looking to drum home the point that “you are not a product”.

In a clear dig at Facebook and Twitter, Ello says it believes there is a “better way” to running a social network than using behavioural data to sell ads.

“We believe a social network can be a tool for empowerment. Not a tool to deceive, coerce and manipulate – but a place to connect, create and celebrate life,” the manifesto reads. And with the site reporting it received 31,000 invite requests every hour since it launched, it seems a lot of people agree.

@NickW84 – Channel 4 publicist on the unabated enthusiasm for seasonal promos

People’s excitement for seasonal Starbucks products is the reason why the aliens will choose not to spare our planet.

BREAKING: Despite Just Posting Shots of Food With Sales Messages, Pizza Brand Still Thinks it’s Having a “Conversation” With Consumers.

In 1994 we created ’The future’s bright, the future’s orange. Today The Sun ran this. Still talked about 20 yrs on…

@IKnowTheWords – Content and social media strategist on describing your job