Thomas Cook’s first group-wide ad campaign is a little “unusual” in travel communications, according to group CMO Remo Masala. It uses video and camera selfies to show real people having real holiday experiences. That’s a shift from normal travel ads, which show a stylised and at times “unattainable” ideal of the perfect holiday.

Masala said Thomas Cook recognised a need for more authenticity in its communications. As more and more people share their holiday snaps and videos via social media the big travel brands were out of kilter.

The campaign launched in Germany this week and is due to come to the UK and Nordics over the coming month. That, said Masala, is in response to a survey of 18,000 of its customers that found expectations of holidays are broadly similar, whether people come from Sweden or Spain.

“We needed to come back into a position where we talk at an eye level to a customer where they don’t have to decode the fiction of a Hollywood movie.

“We offer them a stage to communicate to their peers. There’s no styling. We just cut real scenes, happy situations in the destinations of normal people,” he said.

Coca-Cola has put more marketing might behind its low calorie alternative Coke Life as data shows the drink outpacing the more established brands in its portfolio. For the four weeks to 11 October value sales climbed by more than £1.6m compare to the previous period to £4.2m, according to IRI. Volume was also up by nearly 1.2 million litres to hit 4.2 million litres while the number of packs sold almost doubled to 3.76 million. 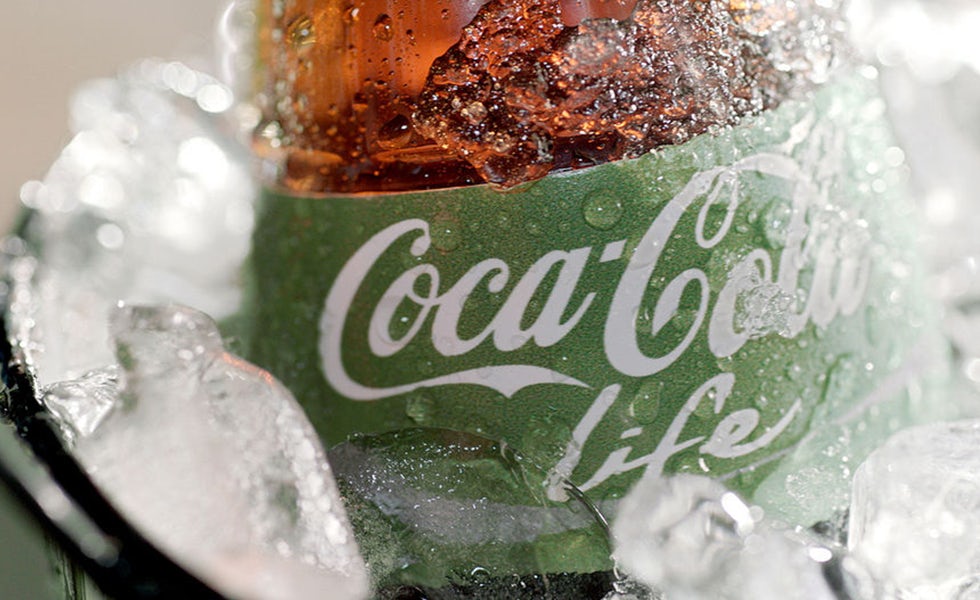 It is also performing well compared to Coca Zero, with sales climbing to almost half that of its sister brand. Coke made a big bet on Life as sales of regular Coke continue to fall, down 2.1% in the 52 weeks to 19 July while volume fell 6.2% to just more than 580 million litres.

Coke Life made its debut on TV last weekend as the drinks maker looks to build on that strong start by expanding the product’s reach to explain how it is new and different and bring in new customers.

For the first time in 20 years sales across the grocery industry fell as Tesco, Morrisons, Sainsbury’s and Asda all cut prices in an attempt to see off the threat of the discounters. For the 12 weeks to 9 November sales were down 0.2% compared to a year ago, the first sales decline since Kantar Worldpanel began measuring the market in 1994.

An average basket of everyday goods such as milk, bread and vegetables costs 0.4% less than it did a year ago – good news for consumers but bad news for the supermarkets struggling for a greater share of sales. This has “ignited a price war”, says Kantar Worldpanel.

The grocery market is battleground and everyone is fighting for their lives”.

Speaking to Marketing Week, Asda’s marketing boss Steve Smith described the grocery industry as a “battleground”, with the big supermarkets “fighting for their lives”. Sainsbury’s boss Mike Coupe says he does not expect a return to growth for his business for the next two or three years, after it posted a profit and sales decline in its most recent quarter.

Bob Marley’s reputation for singing about the spiritual powers of the “holy herb” is set to hit new highs in 2015. The reggae artist’s name is to front the world’s first global cannabis brand, dubbed “Marley Natural”, after his family struck a deal with private equity firm Privateer Holdings. Marley’s name will be used to sell heirloom cannabis, oils, lotions and other products by the end of next year in countries including the US that have legalised marijuana for recreational use. Time will tell whether the move proves a shrewd one or goes up in smoke.

Apple to include Beats Music on every iPhone next year

Apple could be about to go head-to-head with the likes of Spotify and Rhapsody in the music subscription space. The Financial Times claims that the Beats Music service will come as part of the next iOS update as Apple attempts to boost its stuttering music revenues. Last month, Apple admitted that sales of iTunes music dropped in its latest quarter, a downturn it hopes to offset by convincing iPhone users to sign-up to the subscription service. Rumours of such a move have been around since Apple acquired Beats Music’s parent company Beats Electronics earlier this year.

Mozilla has ended its 10-year relationship with Google by replacing it with Yahoo as the default search engine on its internet browser Firefox. Starting next month, Firefox will issue an update that will mean users automatically use Yahoo’s search engine, unless they change their browser’s settings.

The move is not a huge surprise given that Google and Mozilla are coming into ever closer competition. Earlier this year Mozilla launched its own mobile operating system and has brought out its own phones, a competition to smartphones running Google’s Android. Google also has its own Chrome browser that is proving more popular than Firefox.

The move suggests Yahoo is not ready to cede full control of the US search market to Google, despite its domination. Google accounts for more than 90% of the US search market. Although that figure is much lower in Europe, other companies that are finding themselves in ever closer competition with Google will watch on with interest to see whether there is any consumer backlash and if it has an impact on Google’s market share. If doesn’t other firms could follow suit.

@jopkins, head of digital at Nando’s UK on Uber’s data privacy controversy
“Uber is a reminder that a company is made of people. It’s those people we enter into a relationship with as a customer, not just a ‘product’”

@RobSellers, director @Grey_Shopper, on the quality of Christmas ads
”Can I point out there are some truly awful TV ads out at the moment. Cadbury, PayPal, Morrisons… Many more too.”

@ChrisMoriarty3, head of insights and corporate affairs at BIFM_UK, on the anti-Semitic accusations aimed Wigan owner Dave Whelan’s
“I bet the press office at Wigan FC are having a hell of a day.”

The price war among the big four supermarkets has pushed the grocery market into decline for the first time as Tesco, Morrisons, Sainsbury’s and Asda all cut prices in an attempt to see off the threat of the discounters. 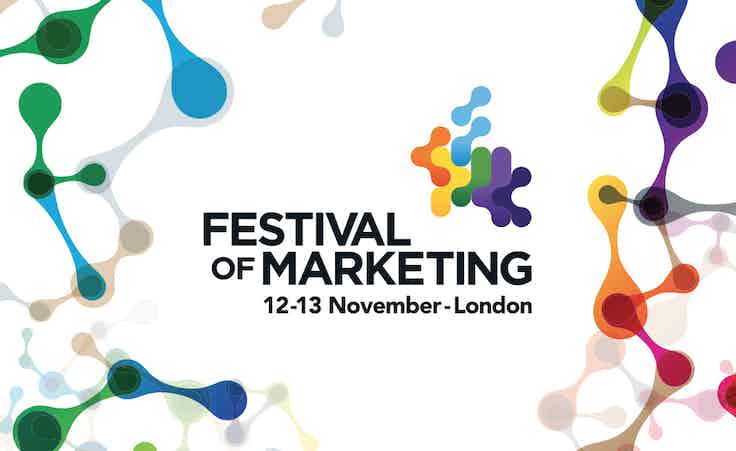 From the role of social to the place of TV in a digital world dominated by online video, Marketing Week takes a look at the key things marketers should take away from the Festival of Marketing in London last week.