The fashion house has ditched its usual casting portfolio and high-profile models used in previous campaigns to give the adverts for its Fall 2014 range a social media twist.

Marc Jacobs has instead chosen to pluck nine people from its Instagram and Twitter fan base to front the global campaign, which will appear online and in the Teen Vogue August issue.

Hopeful contestants were asked to post a photo of themselves on Instagram or Twitter with the #castmemarc hashtag. Some 30 finalists were then flown from all over the world, including Australia, New York and Russia, to demonstrate their potential in front of Jacobs. Images and behind-the-scenes videos of the casting and fashion shoot will run on the brand’s site.

The Festival of Marketing

Created by the teams at Marketing Week, Econsultancy, Creative Review and Design Week, The Festival of Marketing took the award for “Event of the Year” at the 2014 PPA Awards.

The festival, which had its inaugural year in 2013, attracted 4,000 marketers to thought-leadership sessions from brands such as Microsoft, Ford, Channel 4, Virgin, and many more. It also brought together many partners, from ISBA to The Marketing Society, to host a range of fringe events across London.

The event returns on 12-13 November 2014 at the Tobacco Dock in East London, featuring speakers from brands such as Ryanair, Lego and ITV.

The UK national newspaper industry has served statutory 18-month notice on the National Readership Survey (NRS), as publishers hunt for a more modern and comprehensive system to measure audiences across print, laptops, tablets and mobile.

Being put on notice does not mean the publishers will abandon use of the NRS altogether – indeed, the NRS says it will remain an “active participant” during the review process – but Newsworks, the newspaper industry marketing body is to appoint a strategy consultant to lead the process, which suggests the industry is after a new approach.

Rufus Olins, Newsworks CEO, says: “It is important that we have an audience measurement system that captures the way in which people now consume media. The landscape has changed beyond recognition in the past few years and the pace of change is accelerating. We need to be at the forefront of that change, helping advertisers and agencies make sense of it.”

Heineken is unveiling a new limited edition can in France that reacts to cold temperatures. The packaging, developed by Raison Pure Paris, adds blue cracks to the design when the can is chilled to a temperature of zero degrees or below.

We’ve known since December that Amazon is developing unmanned drones to deliver parcels. But at the time many observers passed off the announcement as a PR stunt, timed perfectly around the busy Christmas delivery period.

However, it seems Amazon is serious about its drone plans. The US Federal Aviation Administration published a letter on its website this week from Amazon, which is asking the government if it can start flying drones outside of testing sites designated by the authority to help speed up development of its “Prime Air Shipping” service.

Amazon says its prototypes can already travel more than 50 miles per hour, while carrying a 5-pound package.

Michael Acton Smith, the high profile founder of Mind Candy, the UK-based company behind kids social network Moshi Monsters is stepping down from his CEO role.

The company is currently on the hunt for a new boss after Acton Smith said he wanted to step back to focus on a “more creative role”, rather than an operational one. The incumbent will be responsible for taking the company into the next stage of its development, which includes the need for international expansion and the development of mobile-focused products.

Given regulated markets face the most potential for innovation, the more you hear “that’ll never be allowed”, the bigger the opportunity.

Lack of digital skills isn’t the problem; there are skilled people everywhere. The problem is key decision makers’ lack of understanding.

Love this quote – “marketing is managing profitable customer relationships” – so why are so few marketing KPI’s customer focused?

15 July The Information Commissioner Christopher Graham is holding an event for the launch of his annual report. At least year’s event Graham said 2013 would be the year that organisations realise the commercial imperative of handling customer data properly – we’ll see on Tuesday whether he believes that prediction came true.

17 July Sports Direct will make a preliminary results announcement. The retailer is performing well but is battling with investors over owner Mike Ashley’s bonus scheme. 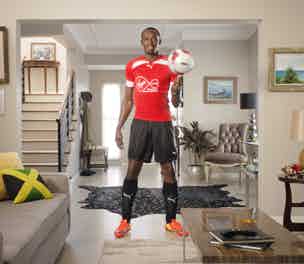