It is little more than 20 months since HMV was saved from administration by Hilco. Many at the time thought the brand was doomed to fail as digital music formats and online retailers stole market share. They have been proved wrong.

The latest figures from Kantar Worldpanel show HMV now holds 14.7% of the entertainment market, behind just Amazon on 21.8%. While that might be down slightly compared to the 15.1% share it had a year ago, that is mostly due to store closures, with its share up from 13.6% in the previous quarter and the 10.7% share it had when it collapsed into administration.

The business is now “very profitable”, with like-for-like sales up 9.2%, Hilco boss Paul McGowan told The Telegraph. Consumer perceptions of the brand are also on the rise, according to YouGov’s BrandIndex.

The HMV turnaround has worked because the retailer concentrated on turning its most profitable stores into destinations – redesigning layouts and holding live events – as well as launching marketing initiatives such as a revamped website and loyalty programme designed to bring people back to the brand.

Beats managed to convince Apple to ink the biggest takeover deal in its 38-year history when it bought the headphone maker for $3bn. The acquisition appeared aimed at reigniting Apple’s cool factor and bringing it to a young audience.

Beats is certainly one of the most artist-friendly and celebrity-endorsed brands with stars such as Lady Gaga, Lil Wayne and Nicki Minaj lending their name to the Beats lineup over the years. Speaking at the Cannes Lions festival in June, Beats’ marketing boss Omar Johnson said most of the celebrities that are featured wearing its headphones aren’t paid, adding to its allure.

Whether or not it can really help boost Apple’s appeal to youngsters, there’s no doubting the success of Beats’ marketing. It’s World Cup campaign was widely seen to have beaten usual winners Nike and Adidas at their own game with a star-studded line-up of football stars seen prepping for their matches.

With growing global awareness and a brand that has become a favourite of football players and celebrities it now has the backing of Apple. By bringing them music credibility Apple has become an even bigger player in music and Beats will be able to reach an audience of hundreds of millions.

This is the year brands came out of the closet to support the LGBT community. With the UK passing a law to allow same-sex marriages, brands developed campaigns to appeal to gay and lesbian consumers looking to tie the knot, a sign of wider efforts by brands to target this community and tap into a sales opportunity that charity Stonewall estimates is worth around £96bn annually.

Some of the brands at the fore include Moss Bros, who showed images of Union J band member Jaymi Hensley and his fiancé Olly Marmon wearing designs from its collection. VisitBritain also launched its first LGBT campaign while vodka brand Stolichnaya developed a strategy to target gay drinkers in future initiatives, having been caught up in the boycott of Russian vodka as part of protests over the country’s anti-gay laws during the Sochi Olympics.

Russia was roundly criticised for its anti-LGBT laws and brands leapt to show their support for the community. Channel 4 was probably the most obvious, encouraging athletes to be “proud on gay mountain” in a campaign that featured a rotund Russian man in red underpants singing to an audience of gay men and women. Google’s logo on the opening day featured images of sports with the rainbow flag, which stands for gay pride, while Brewdog got in on the act with a beer called “hello, my name is Vladimir” that it promoted with the sarcastic hashtag #notforgays.

Elsewhere, Paddy Power, Stonewall and the Premier League tied up once against for the “Rainbow Laces” campaign. This year’s push was bigger than ever, with brands including Premier Inn, BT Sport and Starbucks running ads in the Metro to show their support for attempts to tackle homophobia in football. 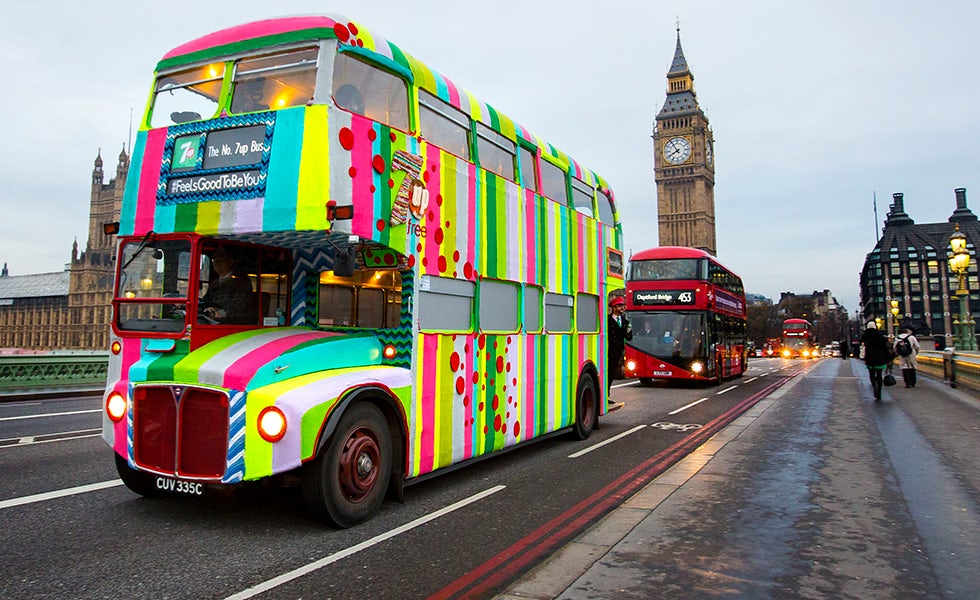 Its main rival Coca-Cola might have had a bad 2014, but PepsiCo has gone from strength to strength. Its diversified product range – it also owns brand such as Doritos, Walkers and Tropicana – have helped it manage the problems that have hit Coca-Cola, where soft fizzy drinks still account for 75% of sales.

A marketing blitz that saw media spend rise 8% in its most recent quarter following high-profile campaigns for its top brands helped European sales rise 3% year on year to £3.8bn, boosted by its snacks business. Global sales were also up 1.5%.

In the UK, it also managed to outpace Coca-Cola in terms of sales growth over the summer, despite the return of Coke’s popular “Share a Coke” campaign, with its promotional activity helping to boost sales.

The figures suggest PepsiCo’s turnaround plan for its top 12 brands is starting to take effect in Europe through a focus on in-store activity and displays and increased marketing investment. Most recently it has revamped 7Up Free with a new campaign to position it as a soft drink for quirky and original people.

For the first time ever, the number of TVs in British households has fallen, Ofcom said this week. That’s not to say people are watching less TV, most stats suggest they aren’t, but it does signal a shift away from traditional TV viewing to watching on-demand via laptops, tablets and mobile phones.

Netflix has been the chief beneficiary of this move. The internet video service has pumped hundreds of millions into boosting its quality programming with a series of original TV shows including House of Cards and Orange is the new Black that have been lapped up by audiences.

Revenues in its third quarter were up 27% to $1.22bn while it now has more than 53 million members across 40 countries.

Traditional broadcasters have jumped on the bandwagon. Channel 4 has unveiled plans to rebrand its video-on-demand service to All4 to bring its live and catch-up TV under one umbrella and open up more online ad opportunities for brands.

The BBC, meanwhile, is making its channel BBC 3 digital-only to appeal to a younger audience increasingly watching video content online.

Don’t think this signals the death of TV or TV advertising. However it does show that brands will increasingly need to link up what they are doing in TV, on-demand and digital to ensure the best engagement and ROI.

From Coca-Cola to McDonald’s, the big four supermarkets to Facebook’s reputation, there are some brands and trends that have taken a hit this year.