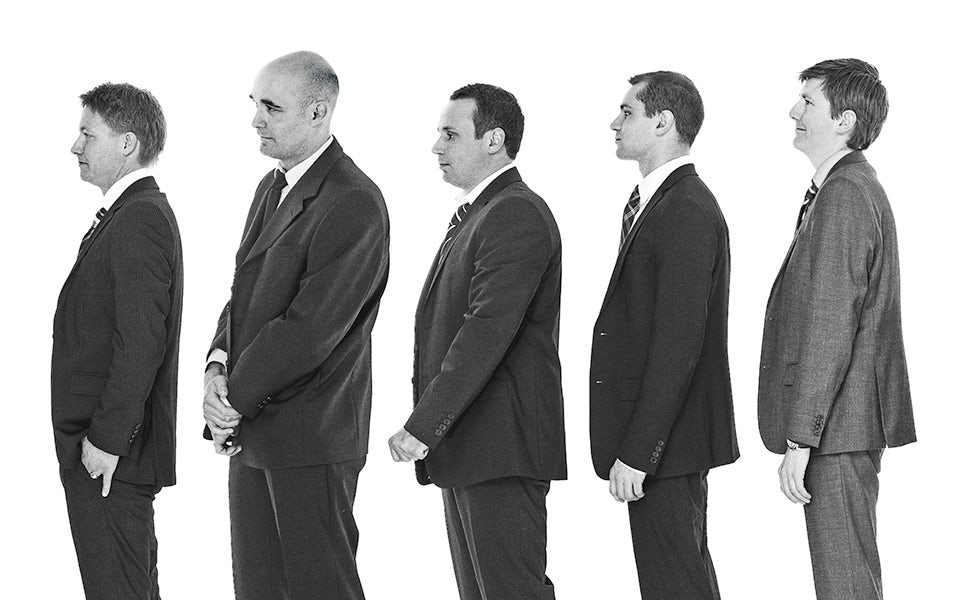 Many of the best campaigns in 2015 championed diversity. From Selfridges ‘Agender’ campaign, which promoted gender-less fashion through LGBT models and a pop-up clothing store, to campaigns such as Sport England’s ‘This Girl Can’, the messages and faces used within advertising have been refreshingly diverse.

At Cannes we saw the introduction of the ‘Glass’ Lion, which honoured work that challenged gender bias and shattered stereotypical images of men and women. Winners included P&G’s ‘Like a girl’ and Sport England’s ‘This girl can’.

Yet despite all the positive sentiment, marketing still has a long way to go. Marketing Week research of 2,000 consumers, carried out by One Poll in October 2015, found that 65% feel British marketing and advertising fails to recognise the full range of lives and experiences of people across the country.

Furthermore, 51% of marketers reported that there are no people with physical or mental disabilities within their department and 27% that there are no lesbian, gay, bisexual or transgender (LGBT) people. A quarter (26%) report the same for ethnic minorities.

This despite the fact that there is a business case for improving diversity. P&G’s brand director for Northern Europe Roisin Donnelly says the company’s business results are 5% stronger if it has a diverse team rather than a homogenous one.

“The best thing companies can do is create opportunities.”

The industry is making moves to improve the breadth of people working in marketing. The Institute of Practitioners in Advertising introduced a new three-year programme with the target of one in three graduate placements being black, Asian and minority ethnic (BAME) among its 300 plus member organisations.

MOBO has also expanded its remit to include the wider creative industries and is asking brands and agencies to think about how they can recruit people from more diverse backgrounds.

Emma Harris, the former Eurostar marketer now working with MOBO, says: “The best thing companies can do is create opportunities. Up until now it has all been about apprenticeships and mentoring talent. But our ideal is for roles, real jobs – not a year of training and then they disappear because they can’t get a job.

The changing nature of the CMO

The chief marketing officer role is forever being rebranded and this year was no exception. The biggest difference in 2015 was the expanded remit and the growing emphasis on marketing’s strategic role in a business and on the board.

John Lewis scrapped the marketing director title, instead giving Craig Inglis the role of customer director and a place on the board. He isn’t the only marketing chief with customer in his title after Asda and Tesco both introduced chief customer officers.

Holland & Barrett’s top marketer Lysa Hardy says: “I believe that if we can make the journey from CMO to acting as chief customer officer in the boardroom, there’s no reason why the next job after that can’t be CEO.”

Richard Robinson, managing partner at Oystercatchers, says he expects the increasing focus on customers to mean marketers will get even more power than before in 2016. “Customers will unite boardrooms to give the CMO more power than ever before, as responsibility for experience, procurement, technology and NPD are given over to the CMO’s masterplan.”

There has also been a revival of the chief commercial officer, mostly at FMCG brands such as Birds Eye, Mondelez and Heineken. While our content director Ruth Mortimer argued the case for the chief value officer.

Whatever your job title, be assured that marketing is taking on more respect and more responsibility for company growth. 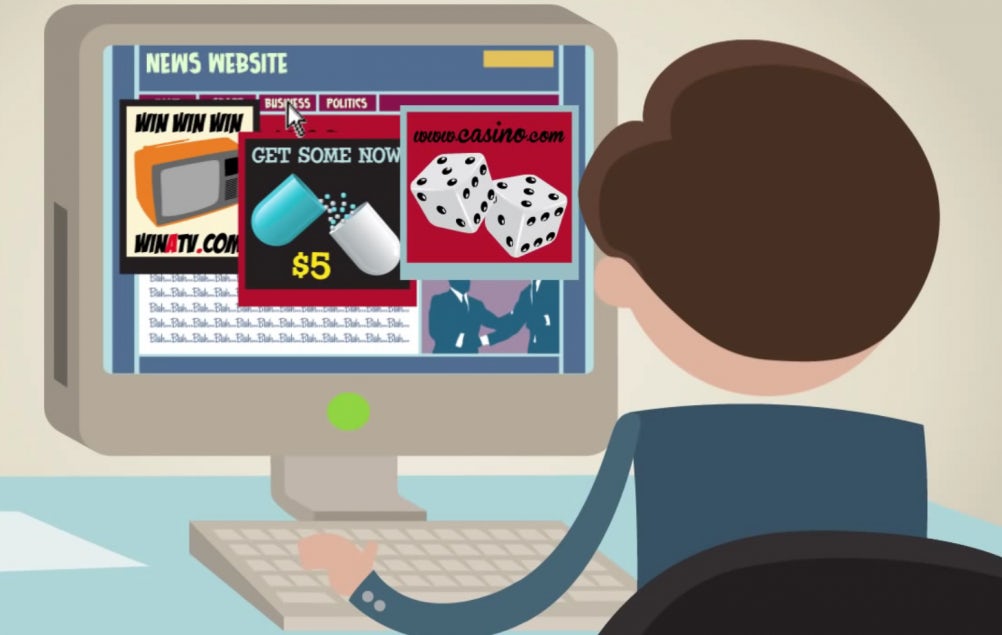 The growth of digital advertising had seemed unstoppable but there have been signs in 2015 that all is not well in the online world.

First marketers questioned viewability. A study from Meetrics suggested less than half (49%) of online ads in the UK were meeting the IAB’s recommendation – that an ad is considered viewable if it is 50% in view for at least one second. That, claimed the report, meant marketers are wasting £485m a year on unseen ads.

Yet marketers believe even the basic metric for measuring viewability is too low with Keith Weed, CMO at Unilever, calling for 100% viewability.

Publishers have attempted to appease with moves from the likes of Twitter and Facebook aimed at improving viewability. Yet as Weed puts it: “Viewability and measurement is a massive challenge for us as an industry [because] once the faith and belief in digital advertising is broken it’s going to take an awful lot to get it back.”

It is not just marketers getting annoyed at digital ads, consumers are too. In the UK, 95% of consumers “would consider” using ad blocking software – the highest level of any country globally bar Sweden – according to research by Unruly.

“Ad blocking could be something every online user on the planet uses.”

The latest count found that 18% of British adults are actually using the software, according to November’s Ad Blocking Report from the Internet Advertising Bureau and YouGov. Nearly half (48%) cite ‘interference’ as the primary driver behind their decision to screen out website advertising.

Research by consultancy PageFair puts the number of active ad blocker users in the UK at 12 million and suggests ad blocking will cost publishers worldwide around $22bn in 2015.

“What we’re seriously asking ourselves right now is: could ad blocking ever be something every online user on the planet uses?” ambitiously claimed Tim Schumacher, chairman of Ad Blocker Plus, which launched across smartphones in 2015, during an interview with Marketing Week. “Brands must learn to live with us.”

However, the best approach moving into 2016 is to embrace ad blocking, according to eBay Advertising’s head of programmatic Jean-Baptiste Goux. “Ad blocking should be seen as a disciplinary measure for marketers. Marketers should now use the huge advances in the targeting and creative tools at their disposal to inspire, rather than alienate, their audience.”

Marketers might be wise to heed his advice over the next 12 months.

Invasion of the emojis

Whether it’s a smiley face or a monkey covering its eyes, emojis became the universal language for many brands this year.

While 17 July saw #WorldEmojiDay, the appeal extends beyond consumers with the likes of McDonald’s, Domino’s Pizza, Pepsi, Ikea and the WWF all picking up on the trend.

The WWF used emojis to great effect with its #EndangeredEmoji Twitter activity. After research found that 17 characters in the catalogue of emojis represent animals at risk of extinction, it asked people to retweet an image of one of the animals to donate.

Pepsi, meanwhile, launched a video campaign called ‘The Proposal’ using no dialogue; instead a man grabs his girlfriend’s attention through a restaurant window by holding up cards featuring emojis asking her to marry him.

Adrian Cockle, digital innovation manager at WWF describes emojis as the “first truly global language”. And with the Oxford English Dictionary adding ‘emoji’ as a word in 2015, expect their relevance to expand even further in the months ahead.

Sport crossed borders like never before in 2015. It was a disastrous year for governing bodies like FIFA and the IAAF, of course, as scandals engulfed the highest levels of football and athletics, but franchises seeking to tap new markets made significant headway.

Despite the poor showing of host nation England, the Rugby World Cup extended the appeal and reach of the sport on an unprecedented scale. Backed by global sponsors like Mastercard, DHL and Land Rover, the tournament achieved consistently high stadium attendances and strong interest around the world, with TV coverage reaching over 200 territories and an audience of 120 million for the final.

In football, meanwhile, the global march of Manchester City FC continued after Chinese investors this month paid £265m for a 13% stake in its parent company, City Football Group (CFG). The deal highlighted the rapid growth of CFG since it began buying and investing in global football clubs last year. In addition to Man City, the group also incorporates New York City FC, Melbourne City FC and Yokohama F. Marinos in Japan. Investment from China will likely herald the establishment of a new Chinese sister club.

By bringing diverse global fanbases and sponsors together, CFG aims to boost the value and reach of all its brands, while increasing its chances of success on the pitch. It is a model more sports teams may seek to replicate – particularly as the new investment values CFG at a massive £2bn.

The NFL, meanwhile, also increased its UK footprint with a 10-year deal to host at least two American football games a year at the new stadium of Premier League football club Tottenham Hotspur. In addition to an ongoing deal with Wembley and a new rights deal with the BBC, it signified the NFL’s intention to build on its expanding UK fanbase.

From scandal-ridden Volkswagen and FIFA to Twitter’s user struggles, we look at the brands, trends and people wishing for a better 2016.