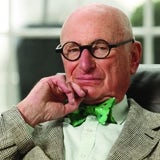 The tragedy of the Met is that it stubbornly remains too removed from society to ever be able to crush its negative brand perceptions.

Just over a week ago, the Metropolitan Police withdrew a complex, devious and, as it turned out, ill-advised attempt to strangle confidential sources out of The Guardian newspaper relating to its coverage of the phone hacking scandal.

Predictably, the media reacted mercilessly and unanimously. From The Sun to the Daily Mail to the Telegraph, the coverage made the police look completely foolish. We were reminded that the police had been too cosy with the Murdochs, too sloppy over phone hacking, and had made a number of inappropriate consultancy arrangements with News of the World people the result being that a few very high ranking officers had had to go.

In addition, just days before its cack-handed attempt to confiscate reporters’ notebooks under the Official Secrets Act, the Met announced its new commissioner, Bernard Hogan-Howe, and he, too, became fodder for the media’s comment pages.

But this isn’t the first time the police force’s lack of media-savvy has hampered its relationship with the public. It’s quite clear to me that the police can never really get it right and I talk from personal experience on the matter.

Some time ago I worked on an assignment to help improve the image of the Met. At that time the organisation did annual perception studies that compared police with other professions. The company I worked for was called in to advise one year. It was one of the most fascinating jobs I’ve ever been involved with. We went out in police cars, we visited suburban police stations, we sat at the back of classrooms at the Police College watching police officers learn body language how to use their arms, their eyes, how to sit, how to be open and unintimidating.

What emerged from our study? What did we learn that we could pass back to help the police improve its pubic perception? Well, the police are a funny mixture of a civil service-style bureaucracy full of form-filling, and at that time paper pushing, on the one hand, and on the other a rather private and internally deeply hierarchical, almost religious, quasi-military sect, much like the mediaeval Knights Templar or the Knights of the order of St. John. I found them to have extremely strict and hierarchical rules internally and externally, a very limited relationship with the outside world.

Many of them really believe that they are the thin blue line between a civilised society and anarchy a view perhaps confirmed by recent events when many of our youth burnt and pillaged their way down our high streets. Police people tend to have a pretty sceptical, if not cynical view, of human nature but, having said all that, they’re very much a slice of humanity. Some are very dedicated and committed, quite remarkable people; most just get on with the job and agree to a bit of overtime now and again to help out; and a few, not very many, are really not very nice a picture that matches the rest of society.

But the point is that the nature of what they do tends to make them separate from the society they are there to protect. And on top of all that, they seem simply inept at handling their media or public perception.

It’s fair to say the media will always have a love-hate relationship with the police. A newspaper can have on its front page, ’Police bash 15-year old in stop and search’ and then on its page 3, ’Policeman saves 15-year-old and dog from drowning’. The police can turn from villains to heroes within a matter of pages.

At the time of the perception study I was involved with, we made a number of quite simple recommendations, mostly to do with helping the police to become more integrated with society. One of them, I remember, was about having ’boutique’ police desks we would call them pop-up shops today inside supermarkets, so people needing to visit a police station would be on neutral rather than hostile territory.

“Nice idea,” they said, “but can’t be done.” Why? Some bureaucratic issues. In fact, more or less everything we recommended they liked, but there was always a reason not to do it, so not much happened as a result of our work. The Met could not bring itself to change, even though it knew it needed to.

The police is an extreme example but there are very many huge, venerable, deeply institutionalised and internalised organisations that find change hard. A branding study to uncover and redefine the original core of the organisation and make it work in contemporary society seems challenging and difficult. But commissioning a study and reviewing recommendations is the easy part making something happen, making real change, is what’s really difficult. It’ll be interesting to see if Hogan-Howe does manage to shake up the Met but don’t be too hopeful. 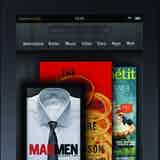 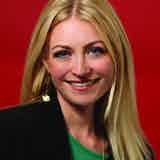 The world’s a funny old place, full of contradictions. The global economy is on its knees and yet luxury firm Hermes, where handbags can cost an astronomical £50,000, is worth nearly €28bn. Technology retailer Apple has more cash than the US government. It appears accessories are worth more to us than whole countries. ’Fast fashion’ […]