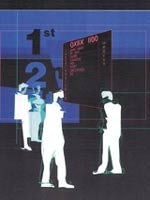 Reputation is a precious asset. But when a market enters a period of rapid technological change, no business can afford to rest on its laurels, however distinguished its reputation. This year’s Direct Marketing Agency Reputations Survey, carried out in conjunction with the Direct Marketing Association, sends a clear warning to established DM agencies not to coast on past successes. With the advent of interactive communications, the DM sector is entering a period of fundamental change, which is redefining the parameters upon which agencies compete for business.

A recurrent theme of previous reputation surveys has been the disproportionately high number of votes garnered by a handful of the largest agencies. It is apparent in this year’s results, but less so than in previous years. Although the largest players still dominate, a few smaller agencies have penetrated the top ten positions this year, ousting some much larger and better known competitors in the process.

Viewed overall, what the results of this survey demonstrate is that reputation carries weight. However, all agencies face an uphill struggle to adapt – and to be seen to have adapted – their skill sets and strategies to the changing requirements of the market.

In contrast with last year, when two agencies achieved a massive lead over the rest, no out-and-out leaders emerge this year. McCann-Erickson Manchester has managed a considerable feat by rising 20 places to become this year’s top rated agency – albeit by a fine margin over this year’s runner-up, FCA!, and third-placed Barraclough Hall Woolston Gray. Indeed, what is most striking about this year’s results is the extent to which no single agency dominates the top three positions across the eight criteria by which agencies are evaluated. This implies that advertisers perceive few differences in the capabilities of the dozen or so leading agencies.

Rising professional standards in the core discipline of direct mail are likely to have contributed to the relatively flat distribution of votes seen this year. However, the destabilising effect of new media developments may also have counted in the lack of consensus among clients on which agencies constitute this year’s star performers. Although most agencies have begun to assimilate interactive media into their conventional repertoire, its long-term implications for DM strategy and the way in which agencies organise their resources are still far from being fully understood.

The composition of this year’s top ten repays close scrutiny for the insight it yields into the issues that weigh most heavily with clients. For example, the strong performance by a group of agencies that have built their reputations on being media-neutral confirms that getting all of the elements of the communications mix to work together is a major concern for many advertisers.

A reputation for taking an holistic and unprejudiced approach to marketing strategy has clearly played a part in the success of FCA!, the agency in second place this year, which achieved the greatest improvement of any of the top ten. Coming second is an impressive coup for a relatively small agency. What makes this achievement all the more striking, however, is that FCA! is also less focused on DM, as a discipline, than many of the larger players it outranks – an irony that emphasises the extent to which the traditional distinctions between media disciplines are being rendered obsolete by the proliferation of communications media.

A much larger agency that has done well this year, and which is also renowned for taking an integrated approach to communications is Joshua, which rose from sixth to fourth position. Black Cat, another smaller agency, has also had an exceptional year, rising 13 places to enter the top ten at ninth position, and also taking fifth place in the Marketing Week Sales Promotion Agency Survey (MW September 28).

This year’s results make disappointing reading for a number of agencies, such as Tequila Payne Stracey, Evans Hunt Scott and Impiric (formerly Wunderman Cato Johnson), which have dropped out of the top ten. However, rises and falls in popularity are the common currency of survey results, and a year-on-year fall does not necessarily denote that the underlying capabilities of the agency have changed. In some instances, an apparent fall in reputation may reflect the extent to which other agencies happen to be in the public eye around the time of the survey, and thus front-of-mind for many of the respondents.

An organisational upheaval that coincides with the survey may also depress an agency’s performance in a particular year – even when the change moves the business in a positive direction. Such an effect may partly be responsible for the drop in reputation experienced by Evans Hunt Scott (now renamed ehsrealtime), which was in the throes of merging with the new media agency, Real Time Studio, when the interviews took place. Similarly a radical attempt by last year’s runner up, Wunderman Cato Johnson, to reposition itself as an integrated provider of CRM services under the new name of Impiric, has had the unforeseen consequence of knocking the agency out of the top 30. This came about because fewer than ten per cent of respondents were spontaneously aware of Impiric, thereby disqualifying the renamed agency from inclusion in this year’s rankings.

Organisational change risks denting reputation in the short-term, but the effort is justified if it has the effect of re-aligning the agency with the changing requirements of clients. And if there is one issue on which direct marketers agree, it is that agencies have to be prepared to adapt to the needs of the time. “Agencies that fail to adapt to the reality of e-commerce will be forced out of the market, because there is no doubt that e-marketing will overtake paper-based marketing in time”, predicts Stephen Callender, managing director of Black Cat.

“Online marketing is absolutely fundamental to the future of DM, and any agency that fails to reflect this in their offer will find that their days are numbered,” adds Simon Hall, chief executive of Barraclough Hall Woolston Gray.

DM agencies may be agreed on the importance of interactive media, but there is strong evidence that it is clients, not agencies, that are driving the development of e-marketing. According to the survey, 65 per cent of agencies provide their clients with Internet/interactive communications. However, when asked to quantify the importance of a variety of service attributes, 86 per cent of respondents deemed improved awareness of e-commerce to be very important. Taken together, these figures reinforce the impression that advertisers are pre-disposed to purchase new media services from their DM providers, but in a significant number of instances opt to take service from other sources, such as specialist Web-shops. Depending on the context, this may reflect either an absence of interactive offers from DM agencies, or the fact that clients lack confidence in their DM providers’ abilities to develop compelling new media strategies.

Another effect of new media is to reduce the weight that clients attach to reputation in agency selection in favour of more demonstrable proof of current competence. In previous years, word of mouth and testimonials have typically emerged as the most frequently mentioned factors influencing agency selection. In this year’s survey, however, the most widespread influences are shown to be agencies’ own marketing – mentioned by 68 per cent of respondents – followed by examples of agencies’ work, cited by 60 per cent of respondents. Having worked with an agency in the past carries little weight, however, being mentioned as an influence by a mere 13 per cent of clients. What these findings imply, therefore, is that technological change is reducing the shelf-life of reputation and obliging even the most prestigious agencies to market and continually remarket themselves to advertisers.

This year’s finding that 81 per cent of respondents view improved technical and IT awareness as very important provides a salutary reminder that DM is no longer simply a matter of producing great creative. As the range of direct channels expands to include new forms of interactive media, technology becomes central to the consumer’s experience of the brand.

“With the arrival of WAP, interactive TV and digital radio, all agencies need to acquire channel expertise and to know how to integrate these systems to deliver consumer choice,” says Peter Thompson, chief executive of Joshua.

However, he adds: “The ultimate challenge, which few marketers are addressing, is to create a source of differentiation in the online market. That involves exploiting brand equity and developing responsive communications that are consistent with consumers’ expectations of the brand.”

As this survey demonstrates, the advent of interactive media is greatly expanding the complexity and remit of direct marketing. In the long-run this will enhance the professional status of it. However, not all agencies will emerge from this period with their reputations enhanced. To benefit from these new opportunities individual agencies will have to go through the pain of rapid organisational and cultural change – or be prepared to suffer the consequences of their failure to adapt.

McCann-Erickson Manchester is the top ranked agency against the eight criteria used to evaluate reputation, followed by FCA! and Barraclough Hall Woolston Gray.

– Creative ability is again paramount in evaluating reputation, with 81 per cent of respondents rating creativity as very important.

– New media capabilities have become essential to the practice of DM, 86 per cent of those surveyed said improved awareness of e-commerce was very important.

– The role of direct marketing is continuing to grow: 72 per cent of clients expect their agency to play an increasing role in their business over the next 12 months.