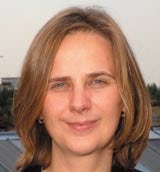 Downloading films and television programmes through the internet looks as though it is at last about to become mass-market reality in the UK.

The time it takes to download such rich content has so far acted as a barrier to mass take-up. But with Cable &Wireless-owned Bulldog and UK Online already offering broadband speeds of 8Mbps and NTL planning to convert its 1.4 million broadband subscribers to 10Mbps by the end of the next year (MW last week), this will soon no longer be the case.

Movie previews take 30 seconds to download with a 10Mbps connection, compared with about five minutes with 1Mbps. And for all those who have sat impatiently waiting for music to download, salvation is here. In theory, a 10Mbps service will mean just a three-second wait for a music file.

It’s great for the consumer, but what will it mean for advertisers? The number of households with broadband has already overtaken those with dial-up internet connections, according to Ofcom, which claimed in July that broadband is present in almost 30 per cent of UK households and businesses. Broadband is now a mainstream consumer product and NTL estimates there will be about 9 million broadband connections by the end of the year.

If other internet service providers follow NTL’s lead, advertisers will have to take on board the fact that video content is going to play an increasingly important role in their online advertising.

But unlike television, the internet is not a ‘lean-back’ medium: it is an opt-in environment. If engaging content is not found, then the user will move on.

Broadcasters, which have most to lose from this new what-you-want-to-watch, when-you-want culture, are likely to end up providing some solutions for advertisers by giving them the chance to top-and-tail or break up on-demand content with their ads. But that is not particularly creative and could even encourage feelings of resentment from those paying to access content.

There are now plenty of digital agencies eager to advise advertisers, not only on where to place banners and pop-ups, but also on how to maximise the creative potential of the internet and the faster access speeds that are about to become standard. Some of those that launched in the days of the dot-com boom have managed to survive the subsequent fallout and are now commanding high prices on the open market. Founded in 1999, digital creative agency Glue London was last week acquired by Aegis for £14.7m, a large sum when you consider that the agency’s profits last year were £317,067 and its turnover £2.7m. For years, Aegis has kept its distance from creative agencies, preferring to be known as a media independent, but now it has taken a step over to the dark side by buying Glue. Glue will sit with Aegis’ UK digital media agencies, Carat Digital and Diffiniti, in the Isobar network. It is unlikely that Aegis will follow this by snapping up a traditional above-the-line agency which is competing in what is an already mature market. For Aegis, Glue, in contrast, is an investment in a fledgling area that promises significant growth.