That’s right, this 12-year-old who says he became interested in coding as a KINDERGARTENER develops and sells his own apps, alongside his studies. His most popular app – Bustin Jieber – allows users to bash the tween mop-topped pop star over the head with a mallet.

Suarez has even started a club at school to share his knowledge of coding, programming and ultimately marketing his products, with his fellow students.

The club is now working to develop free e-learning apps to be distributed to other schools in the area.

He doesn’t stop there, as he alludes to in this video (below), Suarez is also set to create a new venture. If his website is anything to go by, it looks as though the project will focus on uploads.

It’s perhaps easy to watch this video and pass Suarez off as a precocious twerp, who should spend more time outside playing with his friends than creating apps for them, but I think marketers, particularly digital marketers, should take inspiration from this little man.

He’s taken a “dislike” for Justin Bieber and channelled it into something he can sell for 70p a pop – not bad pocket money. Suarez is also trying to bring about a step change in his industry and passing his learnings onto others – something all digital marketers should be encouraged to do to ensure best practice in their field. 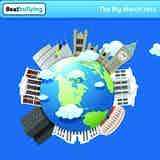 Facebook, Stardoll and Habbo are among a host of brands to back an online anti-bullying march led by children’s charity Beatbullying. Read the full story here. 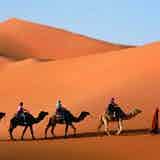 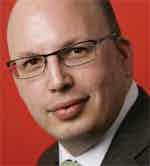 It’s a brutal market out there, but there are still plenty of opportunities for those who are prepared to be positive and think differently. A couple of weeks ago we published a cover feature that drew a dotted line between customer experience and the organisation’s bottom line. Then last week’s Data Strategy section of Marketing […]