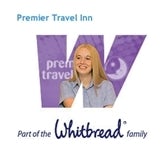 Demerging and investing in its core brands is the only way forward for Whitbread, the last of the big leisure holding companies. By David Benady

Whitbread’s announcement last week that it is to sell off most of its Brewers Fayre and Beefeater pub restaurants spells the end for the company’s vision of building a diversified leisure group.

Chief executive Alan Parker’s aspiration of turning Whitbread into the “best hospitality company there is” under the slogan “welcome with a smile” seems untenable after last week’s financial results. While Premier Travel Inns, the budget hotel chain, performed strongly over the past year, in all other areas of the business, like-for-like sales declined.

At pub restaurants, they were down 1.8%, at David Lloyd Leisure fitness clubs they fell 0.6% and at high street restaurants Costa and TGI Friday’s they slipped 0.3%. The performance of the Pizza Hut joint venture with Yum! Brands was not reported, though sales at the chain are understood to be flat.

These results are way below the company’s targets. Its corporate policy document states/ “We demand that our businesses deliver 5% like-for-like sales growth and double-digit profit growth.” Most of the businesses came nowhere near that (see box).

No wonder Whitbread is facing break up. It announced last week that it is to sell around 250 pub restaurants apart from those where a budget hotel can be built next door. It is “reviewing” its franchised TGI Friday’s business and Pizza Hut joint venture, and is expected to exit from such interests.

One source says: “The management tell you there are huge synergies between the brands, but the reality is it is a business with few synergies.”

Some observers compare the performance of the pub restaurants to those of Mitchells &amp; Butlers (M&amp;B), which claims to make 80% more profit from its pub restaurants compared to Whitbread. This is attributed to the focus of M&amp;B under boss Tim Clarke. M&amp;B was spun off from the old diversified leisure group Six Continents – formerly Bass Plc – and has excelled ever since because of the single-minded approach of the management.

Within a year, the rump of Whitbread is likely to consist of the Premier Travel Inn brand, Costa bars and David Lloyd Leisure centres. Even then, some analysts predict the slimmed-down company could be broken up completely.

Numis Securities thinks the true value of the parts is greater than the whole. “Our argument is, if you are a shareholder, is true value reflected in the share price? How do you get that value out? It is by demerging David Lloyd and Costa, and securitising the property estate,” says analyst Richard Carter.

Meanwhile, it has emerged that plans to create central marketing processes across the company under commercial director Paula Vennells were scrapped last year, and that her job was axed too, though she still works within the company.

The demise of these centralised marketing activities appears to vindicate those who argue that the brands would do better if they were run individually.

Ever since Whitbread sold off its brewing interests in 2000, the company has been buying and selling leisure companies at breakneck speed. But the logic of having a branded holding company for retail and service businesses appears increasingly old-fashioned. Long gone are the likes of Kingfisher, Sears and Bass. Whitbread is one of the last of the old guard, though few expect it to survive as a diversified company.

Whitbread’s great leisure sell-off could lead to some of the UK’s best-known brands receiving a significant boost to their operations, which investors and marketers alike would “welcome with a smile”.