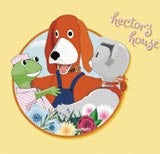 Royal Bank of Scotland (RBS)-owned The One Account has promoted head of consumer marketing David Ramsbottom to marketing director.

He fills a vacancy left by the sudden departure of marketing director Colin Woodcock in June (MW June 12). Woodcock had overseen the rebranding of the company, formerly Virgin One Account, after RBS’s licence to use the Virgin name expired at the end of last year. Virgin and AMP sold the business to RBS in 2001.

Since Woodcock’s departure, marketing duties have been shared between Ramsbottom and head of intermediary mortgage marketing Paul Lloyd. Lloyd has now been promoted to customer development director.

The company has also promoted Louis Kaszczak to national partnership manager, following the departure of Anthony Richardson earlier this month.

The online and telephone bank has 110,000 customers. The One Account integrates mortgage, savings, loans and current account into a single product.