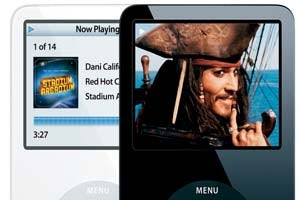 Click here to win an iPod. It’s a tempting offer and one that many American consumers have been drawn in by. The problem is few, if any, ended up with the media player, but many had their name and e-mail address sold to marketers without consent.

So serious has the problem become that the Federal Trade Commission launched an investigation into ValueClick last year. The US data industry is awash with rumours that other data owners are either being investigated or have settled behind the scenes.

Driving this allegedly unscrupulous practice is the explosion in demand for online data and leads. According to industry analyst GP Bullhound, the sector is growing by 71% per year and was worth around $1bn (£500m) in 2007. But that growth is also the cause of the underlying problem – demand is outstripping supply. And many in the UK data world are beginning to worry that suspect data capture processes may be about to hit the British market, just as the Information Commissioner is calling for a new law to fine those who knowingly or recklessly break the Data Protection Act.

“Online data capture has really taken off in the last year,” says Tom Morgan, managing director of marketing agency EDR. “Online lead generation is being adopted because it is more cost-effective than offline. Big data owners have moved their surveys online because it is cheaper to get data.”

This is what has led to the problems in the US market. With a ready demand for e-mail addresses and no cost barriers to entry, suppliers with no previous experience of data collection have moved into the channel. Some of them are selling files that are not what they claim to be – even to the extent of being solely a name and e-mail address captured through dubious means (or simply auto-generated by software).

“We need to make sure dramatic growth in the UK doesn’t generate the same level of poor quality data,” says Morgan. To counter such problems, his agency has developed a platform called Pure Lead which applies ten different data quality checking methods to incoming files. These range from validating e-mail address structures to deduplication. “There is a huge degree of quality variance across suppliers. We have found as much as 60% internal duplication across files and sub-rates of invalid data of up to 50%,” he says.

The impact of deploying this platform for lead generation management can be significant. Online consumer club MutualPoints.com has over 1.6 million members and gets more than 900,000 unique monthly visitors. By managing its programme through Pure Lead, it found that 24% of leads were already registered customers, 8.25% were invalid leads and 6.82% had been supplied by other sources. If it had been blind to those quality issues, 40% of the leads it was using would have been valueless. That has a big impact on the cost-effectiveness of online marketing.

One of the areas of focus in the US investigation is the extent to which consumers have been misled about their chances of getting promotional incentives used to trigger data registration. Among UK data practitioners, there is currently a degree of wariness about data sourced using prize draws and giveaways.

Bill Burey, managing director of online marketing specialist PDV, says it is not the mechanic itself which should be treated with suspicion: “We collect a lot of data, especially through our Free DVD Club and also competitions.”

The issue his company faces is where consumers register multiple times in order to qualify for more than one free gift. Internal deduplication processes have to be robust, alongside validation and suppression routines.

By running captured names against a screening data set like the Telephone Preference Service, PDV can find its data has significantly higher value, rather than reducing it by taking names off the list. “If somebody is on TPS, but they have opted-in to us and given us their phone number, we know that is very valuable data because you can’t get it from BT’s OSIS file,” says Burey.

He argues that the way forward for online data is for digital and direct marketing practices to converge, bringing the disciplines of offline data management to bear on the velocity of online data capture. “Clients are getting more focused on quality. When they get bad lists, the result goes to the bottom line,” he says.

Conversely, getting a hot lead on a prospect who is in the market for a loan, credit card or car can be very valuable. Value requires immediate action by getting in touch with the individual, rather than waiting until the start of the next marketing cycle or hitting a pre-defined volume of data. If clients change their marketing practices to match this speed of action, then it will reinforce the demand for quality leads. Data owners will have to be certain that the files they supply are appropriately obtained.

Richard Webster, commercial and compliance director at data supplier DLG, is concerned about another practice being used: “I have seen viral e-mails where somebody gets a message and is asked to send it on to ten friends to complete in order to win an iPod. That sort of programme is just misleading and the data is invariably not opted-in.”

His company does use incentives for its online data capture, but has a very clear privacy policy. But even reputable data providers such as DLG can still fall foul of measures being taken by media owners to stamp out spam.

“The problems we encounter are with ISPs. They don’t understand this industry and who the good guys and bad guys are,” he says. Bulk e-mail does not automatically mean spam, yet legitimate messages from brand owners to prospects are routinely caught in spam filters at ISP level.

“The perception is that, if it is a high-volume broadcast, it is illegitimate, even if it is not. High volume does not mean it was not collected in the right way and is not 100% opt-in,” protests Webster.

The internet is unique as a medium in that service providers are able to intervene in this way. Telephone networks do not bar outbound calling automatically, just because it is being triggered in high volume. Royal Mail is not allowed to screen out messages injected into its postal system.

But with nine out of ten messages travelling across the Web thought to be malicious, criminal or auto-generated spam, it is understandable that ISPs act in the way they do. Poor-quality data being supplied to legitimate marketers does not help.

Consumers who receive a lot of spam become less willing to share their personal data, especially e-mail address, via an online survey. The big move online by major data collectors is stuttering as a result.

“Consumer trust is fundamental to how we collect data and how it is used,” says Peter Lupa, sales director, UK offline and online data, at Acxiom. “As consumers get more sophisticated and more people use the internet as their primary medium, the industry needs to understand about successful targeting techniques.”

Prompting a site visitor to complete a survey is likely to be more effective if the questions asked have some relationship to the site or area which the user was on. Data collected in this way should not then be over-used, otherwise the host brand can get damaged. “E-mailinform is beginning to be recognised by consumers. It is prize draw-led, but the information sent out is relevant. We don’t ask for all their personal data in one hit. We can stream questions, depending on the context,” explains Lupa.

This online data acquisition brand does offer iPods in its prize draws, as well as cars, holidays and a variety of other incentives. The nature of information exchange online has made this almost mandatory, but consumers have become more savvy about the odds and the purpose of these offers.

Lupa believes that respect for the data subject has to be at the heart of how personal information is used by marketers. “Two years ago, open rates for e-mail were far higher than today. That is a problem for everyone. One reason is that there is more e-mail traffic. But marketers and suppliers have to make sure what they send is more relevant,” he says.

Data quality is nearly always a circular argument. Data coming into a marketing campaign has to be accurate and clean, but those campaigns also need to be relevant and accurately targeted to leverage that quality. Quality in, garbage out will not sustain the current rapid growth of digital marketing.

Behavioural targeting could be a goldmine for online marketers, however
issues of privacy are providing significant hurdles. By Catherine Turner

Do campaigns still need a big idea that can be applied across all channels, or is it more effective to tailor content to each platform? By Caroline Parry When the contestants of last year’s reality show The Apprentice were challenged to create an advertising campaign, CHI & Partners founder Johnny Hornby bestowed upon them a […]