WATCH: @BubbaWatson reveals his top tips ahead of #TheOpen #AnyonesGamehttps://t.co/BsRQJUIjJ4

The Open is one of the four major championships in the golfing world and this year is returning to the so-called home of golf, St Andrews. Over the course of the four-day competition almost a quarter of a million spectators will watch some of golf’s top players battle it out to win the coveted competition while millions more will watch at home.

However, Giles Morgan, head of global sponsorship at HSBC, admits that golf has been seen as elitist because traditionally the sport has required a lot of time and money to play. With golf coming to the summer Olympics for the first time in Rio de Janeiro next year, he believes now is the right time to get across a more inclusive message.

“There is a realisation from the sport that it needs to be more relevant, like cricket had to do,” said Morgan. “This is a sport that needs to target and market more to youngsters, to families.

“At its most simple this is a game that requires huge skill but can be played by anyone. With the Olympics bringing it to a global audience this is a game-changing moment for the game.”

HSBC has sponsored golf since 2003 and started to support individual tournaments in 2005 – a time where Tiger Woods was still ruling the roost.

Morgan believes, however, that now is an even more exciting time in golf as younger players like Rory McIlroy and Jordan Speith can attract a new generation.

With that in mind, HSBC has launched a new campaign to coincide with The Open Championship. Dubbed “HSBC Hour”, it aims to encourage people to get down to their local golf club for a free hour of tuition.

Some 300 clubs across England and Scotland are involved in the scheme, which HSBC will promote through social media and digital, as well as at The Open itself. If it proves successful, HSBC will look to take it to other parts of the world.

“We are trying to broaden the appeal of golf. We saw the Wimbledon effect over the last few weeks where the TV coverage get kids picking up tennis racquets. We want The Open to have the same effect, that people don’t just watch it they get out there and play,” said Morgan.

The HSBC Hour is part of HSBC’s wider “Anyone’s Game” campaign, which launched with an ad showing people from all walks of life playing golf in a variety of locations, such as on inner city rooftops, harbours and mountainsides.

The Open competition itself is also trying to push a new image. It has rebranded in an attempt to portray the championship as more contemporary and progressive.

A new website aims to “convey the heritage” and “replicate the grandeur” of being at the championship. A new “Open Live” section updates content in real time using feeds from sports data providers, while there is also a CGI version of the trophy and digital app that features animations and movies. 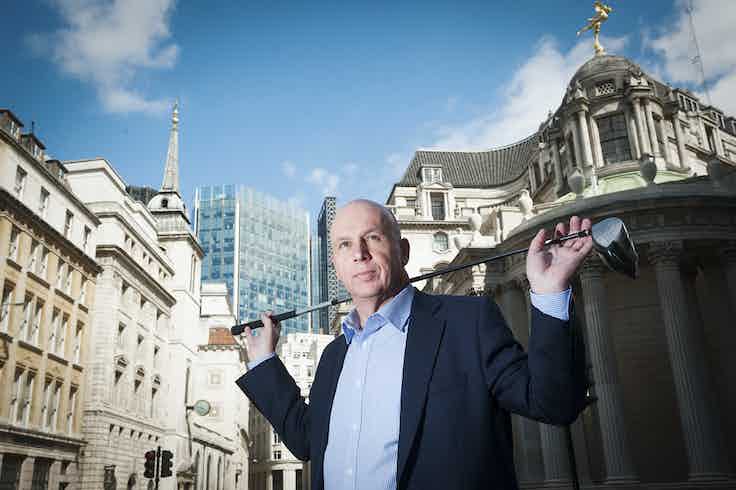 England Golf’s CEO David Joy says the governing body is looking to halt declining participation in golf and change perceptions of the game as ‘too expensive or timely’ with a new brand strategy.