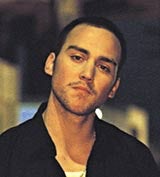 Levi’s latest commercial for its 501 jeans has emerged as a surprise hit among people aged over 60.

Research carried out earlier this spring shows that the “Midsummer” campaign launched on February 14, which shows a scene from Shakespeare’s A Midsummer’s Night Dream recreated in a gritty downtown Los Angeles setting, was one of the favourite ads of people approaching and beyond retirement age.

The findings may come as aÂshockÂtoÂtheÂjeans brand,which is trying to re-establish its youth credentials after being seen as the trouser of choice for 40-something men such as Jeremy Clarkson and Tony Blair.

The State of the Nation project, carried out by the Association for Qualitative Research, ran focus groups with people from a variety of age groups. Fiona Jack, the AQR’s chairman, interviewed groups in their 50s and 60s and showed them a number of recent advertisements to gauge their reaction.

She says she was surprised when they praised the Levi’s commercial. “They absolutely loved it. It is not a bit threatening to them. I was trying to stir it up and get them not to like it, but they got it straight away and saw the ad as clever. They did not see it as aimed at them, though they said ‘we might wear Levi’s.'”Jack praises Levi’s for creating an ad that transcends the barriers of age.