Companies are increasingly trying market research to their loyalty schemes, in order to incentivise consumers and boost participation.

Tesco recently launched Tell Us How We’re Doing, which invites customers to take part in a short survey to earn 25 Clubcard points and a chance to win a £250 Tesco gift card. Shoppers are given a card at the till asking them to provide feedback on the store they visited, range of products and staff. Consumers can provide feedback by visiting a dedicated website, calling a telephone number, scanning the QR code on the card or by comments.

Boots is running a consumer survey offering customers 10 chances to win £200 worth of Advantage Card points or a £100 Boots gift card in a local monthly prize draw. Shoppers are given a unique code on their till receipt and can either go to boots.com or call a number to enter the prize draw.

The site is mobile optimised and in-store point of purchase material with QR codes enable customers to take a survey instantly.

“The CRS is measured on a 10-point scale, based on completed customer surveys. The data is collected, analysed and displayed on the Customer Experience Summary dashboard in terms of weighted averages, dividing customers into categories based on how they rate their visit to each restaurant.”

Zero is the lowest and most negative point on the scale and 10 is the highest and most positive.

Those who rate their visits nine or 10 are called ‘promoters’ explains Akhtar. These customers had an outstanding experience at a store and will recommend the business to their friends and family.

People who rate their experience between zero and six are considered ‘detractors’, who talk negatively about the business and will not recommend it.

Responses of seven or eight are classified as ‘neutrals’. These customers will not talk negatively or positively about a restaurant, however they are open to being impressed in the future.

A store’s CRS score is calculated as the percentage of promoters minus detractors. Akhtar says the company goal is to reach a country CRS of 70 by 2015.

One potential drawback to incentivising consumers is that they may be tempted to fill out a survey just for the chance of winning a prize and therefore the insights they give may not be considered or reflect genuine opinions.

Subway uses a fraud detection tool to identify people who are trying to game the system. It looks out for things like multiple emails sent from the same device on the same day, ‘straight-lining’ (putting the same score throughout the survey) and the time taken to respond on a survey.

“We know that incentivisation works, that is beyond question, however, we increasingly know that people will create multiple identities online. It doesn’t take a large number of people doing that to dirty your data quite considerably,” explains Jane Frost, chief executive of the Market Research Society (MRS).

One way of getting around this, says Emily Gates, head of Social Media Exchange UK at research company Ipsos MORI, is by creating an online community. “We do reward and incentivise people but the community starts first with people having a common affinity, a bond, or some sort of relation to that topic. It’s less about just getting paid to take surveys, which is what a lot of quantitative, representative, research-based work is. We want them to do it based on that interest with the brand.

“An online community always starts with a value proposition. We try to make a relationship with that member. We invite them into an experience that is meant to be engaging and give them more of an exclusive opportunity. They might be able to help shape and inform product decisions or brand names or packaging designs. We do reward but not for every activity. Every month that someone participates in a community they will get entered into a prize draw.”

Market research remains an invaluable way for brands to gain insights that can then inform changes to their strategy. Virgin Atlantic, for example, has used feedback from its Xplane and Plane Talk surveys in the past to contribute to decisions to overhaul part of its fleet and modify its Premium Economy seats (see viewpoint).

Frost at MRS believes that increased concern over privacy will create a new category of hard to reach consumers. No longer those without access to technology, it will be the higher net worth individual, the more educated, who will become difficult to reach. The MRS has this year launched an industry mark for personal data (see box out) to reassure people that their information will be treated with respect.

“We are seeing a trend towards increased hiding of identities,” says Frost. “There is an increase in suspicion about how data is used and scandals like PRISM [an internet surveillance scheme carried out by the US National Security Agency] are enhancing paranoia about how people use data.

“We assume that there’s a linear relationship between brand and customer, but customers are smart at walking away in ways that you may not understand that they’re walking away,” she says.

In order for brands to ensure that consumers continue to provide them with valuable insights, they need to combine incentivisation with a demonstrative respect for consumers’ personal data.

We have an in-flight paper survey called Xplane and do a follow up survey online post-flight. The former provides a top-level view of areas where we are strong or need to improve. It also provides ‘in the moment’ kind of feedback that makes it more actionable.

Another survey we do is Plane Talk, which started earlier this year. We pre-recruit customers from our direct bookers and our loyalty programme and ask them to take part in an online community.

They tell us a bit about themselves and their expectations before they fly and then we ask them to upload comments, pictures and video as they’re going through different stages of their journey. That enables us to understand in more depth what’s going on behind the numbers.

It brings the customer into the boardroom when we’re presenting it at a higher level. It’s a lot more powerful when you’ve got a customer saying, on screen why something was or wasn’t great.

The in-flight survey has a very high response rate – around 40 per cent. It’s quite a specific situation where you’ve got people on an aircraft, looking for a bit of a distraction.

We used to give people a chance to win a free flight as a prize for taking part in the survey, but it’s against the MRS code of conduct now to give away your own product as an incentive. Rather than that, or Flying Club miles in our loyalty programme, we just have a straight cash incentive.

I wouldn’t say all of these things have been done exclusively because of the research, but we’ve completely refurbished our Gatwick fleet, partly because of the evidence from these surveys.

Strategically, where we’re trying to head towards putting together information that we get from our research with other sources – the whole big data area – looking at our website metrics and social media monitoring. We’re trying to bring all of those sources together.

Earlier this year, the Market Research Society (MRS) launched an ethical mark for personal data called Fair Data, to try to make it easier for the public to easily identify between those organisations that collect, use and retain personal data properly and ethically and those that do not.

The mark applies to both public and private sector organisations with consumer facing brands such as Lil-lets and GfK NOP among the first partners.

Accredited Fair Data organisations agree to adhere to 10 core principles, for example not using personal data for any purpose other than for which consent was given, and is be supplemented by MRS’s advisory service to ensure organisations understand their obligations.

“Use of data and the way businesses use data needs to be an ethical part of the way they do business, like sustainability,” says Jane Frost, chief executive of the MRS.

“This is about fundamental respect for the people whose data we all rely on for commercial and public purposes and about getting the very basis of the right way information should be gathered”. 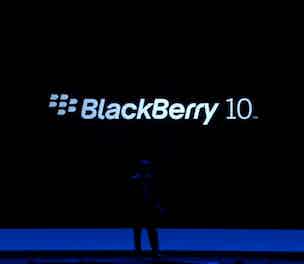 Blackberry has again declared it is returning to its roots and will focus on business users after announcing it will report a huge operating loss this week that will lead to up to 4,500 jobs being cut.

I woke last Wednesday with a particularly strong case of morning glory. I was teaching an all-day MBA class, which meant my alarm sounded at six. But as I rolled over to turn off my beeping iPhone, I suddenly remembered it was that it was the 19th. It was iOS7 day! 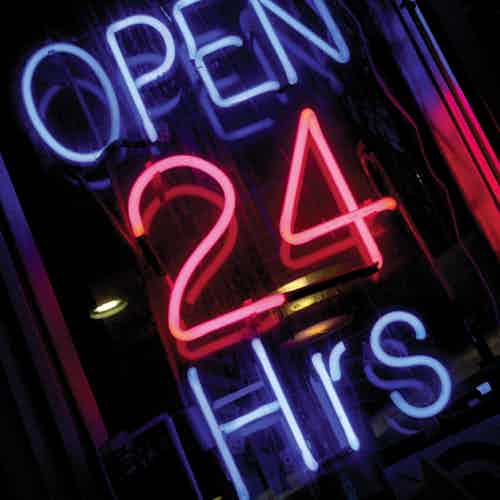 In an era of round-the-clock news and social media controversies, marketers and PR professionals are being forced to raise their game. Now, more than ever, choosing the correct communications strategy is crucial.