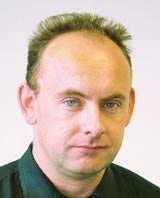 Meat-free brand Quorn has bolstered its marketing and product development team with the appointment of Jeremy Hughes as customer marketing controller (MW May 12). Hughes will have responsibility for building on the success of the Quorn brand, which is now worth &£95m a year (TNS, to March 2005). Quorn has benefited from growing consumer demand for healthier foods and it is planning a raft of product launches this year.

It appears that owner Marlow Foods has picked the right time to invest in Quorn. British consumers are being encouraged to become increasingly health-conscious, and one recommendation for a healthier lifestyle is a reduction in the consumption of red meat. As a result, many consumers are turning to meat-free alternatives.

The market for meat-free products continues to grow. In 2004, it was valued at &£626m, some 38 per cent more than in 1999. However, last year, annual sales growth fell to two per cent and sales of frozen meat-free products fell, with a particularly poor performance from ready meals. In the larger, more buoyant chilled products sector, sales growth fell from over eight per cent to just over four per cent, with ready meals again performing disappointingly. Sales of chilled meat-free products stood at about &£441m – 70 per cent of the meatfree market – with frozen foods down to &£180m and a small ambient sector worth about &£5m. Chilled products are outperforming frozen in all segments of the convenience food market, and the underlying dynamics in the meat-free market are very much in tune with wider trends. But given the slowdown in the market, it is clear that manufacturers cannot assume that steady growth will continue.

Although there are more vegetarians than ever before (about 6 million in the UK), this group is not the most important target market for manufacturers of meat-free foods. Indeed, many companies are targeting the wider market of “meat reducers” and healthy eaters in general, not just vegetarians. It is hard to ascertain the exact size of this group, but trade sources estimate that 45 per cent of UK households are reducing their meat intake, with women being more concerned about reducing meat consumption than men.

As there is unlikely to be a near-term increase in the number of vegetarians, suppliers will have to convince more non-vegetarian consumers of the health benefits of meat-free foods. One way in which some meat-free brands might be missing a trick is by not presenting themselves as being suitable for low-carbohydrate diets. In the UK, there is no shortage of companies extolling the benefits of soya, but few seem to have caught on to the low-carbohydrate trend. While meat-free foods are often promoted as being healthy, they do not tend to be positioned as functional. However, many meat-free products contain soya. These include tofu (soya curd), soya mince (unbranded and Bean Feast) and many of Cauldron Foods’ products (vegetarian sausages and burgers).

Mintel’s research shows that basics such as bean burgers, sausages and nut cutlets account for 53 per cent of the market by value and have shown reasonable growth. However, snacks and deli-type products form the fastest-growing part of the market and now account for 16 per cent of sales, in line with the wider growth in on-the-go consumption. Ready meals account for a quarter of sales, but they have declined over the past two years. Bearing in mind that frozen ready meals have performed badly, the stagnation in chilled ready meals is surprising. Stronger product development could be the catalyst for generating growth.

In general, meat-free suppliers follow trends rather than creating them. Many manufacturers look to restaurants for creative ideas. Vegetarians are actively catered for in restaurants, as the industry recognises the value of this market. However, there remains a core group of vegetarians who want more options from restaurant menus: as many as 14 per cent of British vegetarians feel that restaurants should offer them more choice.

Mintel research suggests that restaurateurs should also cater more for the UK’s 12 million food-allergy sufferers – a market twice the size of the vegetarian sector, which is poised to double over the next decade for reasons that are not yet fully understood.

Both the restaurant industry and meat-free manufacturers are clearly aware of vegetarians’ needs, but neither sector is exploiting fully the opportunities for growth. As British consumers take greater responsibility for their health, health-conscious consumers, meat reducers and food-allergy suffers present a growing sector. Marketers should turn their attentions to them if they are to build up the market.

The proportion of the UK population claiming to be vegetarian has remained static for a number of years, at about five per cent. However, the market for meat-free products is growing as a rising number of people reduce their meat intake, for health reasons and as they seek greater variety of diet. These people are now thought to account for as much as 45 per cent of the population. In 2004, the UK market for meat-free foods was worth over 600m, and it is forecast to reach almost 780m by 2009. Clearly, marketers need to target meat reducers to ensure growth continues in the meat-free sector.

Codemasters has appointed Barry Jafrato as senior vice-president of brand. Jafrato moves from Acclaim, where he was managing director of international publishing.

The Leith Agency has been appointed by Baillie Gifford to handle a new investment trust marketing campaign that will include print, online advertising and direct mail.