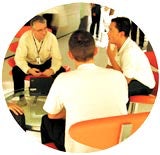 I am writing in response to John Shannon’s piece “Speak volumes in other tongues” (MW last week). I look forward to a time when “those who can talk the right talk will be a much sought after commodity”, although I’m not holding my breath. I would like to defend all executives with foreign language skills who are rarely (if ever) required to put them to use in marketing positions in the UK. As a language graduate (German, Japanese, Spanish and French) with nearly seven years’ marketing experience I have not once come across a marketing position ad which has specified languages as “essential”; “desirable” is the word usually used, if languages are mentioned at all.

Until UK companies, and for that matter foreign companies with UK offices, begin to recognise the value of having marketing staff with skills to identify the differences between consumers in different countries, and how to communicate to them and adapt marketing plans accordingly, languages will never become a “sought-after commodity”.

And while the figures quoted on the number of European executives who speak foreign languages are interesting, this does not necessarily mean they have an understanding of the culture. In my last position, with a UK software company owned by a German organisation, many of the German managers spoke excellent English, yet trying to tell them that their 26-page brochure, when translated into English, was not the best way to communicate with UK financial institutions, was almost impossible.