We live in a world of instant gratification. We can watch or listen to anything, at any time – all the time. The digital world has accelerated beyond recognition. And perhaps no industry has had to adapt as quickly to this change as we have.

News is now everywhere before it appears anywhere in old media. The brand or celebrity seems to need an opinion on everything, whether or not it is within their area of expertise.

Of course, everyone has to embrace new media and utilise it to their own advantage. However, this rush to comment and enter the conversation has created a race. And speed brings its own set of problems that we must address if we are to remain a relevant industry.

The first problem to consider is the speed at which we now have to operate. From brief to pitch, to release in only a few days without proper research, strategy or execution will not make for an influential campaign.

Preparation, a word that seems to have fallen out of favour, should remain an essential part of what we do. It may not be the sexiest aspect of our work but it remains the foundation upon which all campaigns are constructed.

At The Soundcheck Group, we regularly set aside time to think, share ideas and strategise campaigns; we believe the days of a mass press release mail out are over. This does limit the amount of work we can take on, but hopefully the results mean our campaigns deliver for the client and our reputation continues to flourish.

The press release continues to serve its purpose. In fact, I see more content from a release in publications than I have seen before. So it is worth spending time perfecting each one. It is now more likely to be read in its entirety than ever before.

The next issue is relevance. We often advise clients that it is fine to not have an opinion on a particular subject that happens to be trending on any given day.

Of course if it is relating to a subject, company or individual that is pertinent, then an opinion may be necessary. But it shouldn’t be forced because the client feels pressure to be constantly switched on. Indeed, it may often be more powerful to do or say nothing; an air of mystery never harmed anyone.

Social media is dictating the narrative but it shouldn’t dictate the message. A recent example is Madonna’s Twitter feed. The former queen of media manipulation is falling very short due to her lack of understanding of the new world. Many media commentators are looking at Madonna and criticising her recent social activity.

Opinions were once the preserve of the press. The democratisation of the media has meant that now everyone has a voice and everyone demands to be heard. But at what cost? Power can still lie in the unsaid. This is also true when it comes to media coverage.

A side effect of the new omnipresent media world is fatigue. It is important to refrain from a constant onslaught; clever and well positioned PR is more valuable in delivering a message than widespread hysteria.

Now to the matter of patience. Sometimes results are instantaneous and everyone is delighted. But more often, garnering good media coverage takes time. The idea needs to settle before it can grow into a feature, especially if the idea is a novel one.

Although lead times have been cut dramatically, the editor still has to plan ahead, and your concept for a story may not fit the issue you desire.

It is understandable that the client wants quick results but this is not always feasible. A clear and open communication line becomes essential here. While I am not a fan of an over-long report, the client deserves regular updates on the progress of the campaign.

The PR element to any project needs to follow a timeline, but it can also disrupt the timeline and even dictate it; an honest and fluid dialogue with the client is essential. We have been involved in campaigns where the release or launch date has moved because of a great cover story or TV interview; this can be achieved only through an open communication channel with all parties involved.

Since launching The Soundcheck Group more than three years ago, we have worked with some of the biggest names in entertainment. Recent work with Barbra Streisand and Celine Dion are great examples of how we created maximum exposure with a very targeted and meticulously planned campaign; finding the delicate balance between media exposure and media fatigue. It is about embracing new media and incorporating it into a more traditional campaign.

Barbra Streisand’s latest album announcement was in association with Instagram but this was supported by print and television interviews. Artists and brands that remain hugely successful for many years are embracing the power of this. They arenever in a rush to get to the marketplace and would rather postpone a project until it is perfect than release a hurried, sub-standard product.

The industry faces many challenges. Competition is fierce. So far, we have adapted well to change. But the quality of work must not slip due to time restraints. It should remain of paramount importance throughout every campaign.

The speed of change is both terrifying and exhilarating but we must not forget what we do and discard tried and tested techniques and practices. They work. Especially when they are cleverly interwoven with more traditional media. In a world where everything seems new, they are a good rock to hold on to. 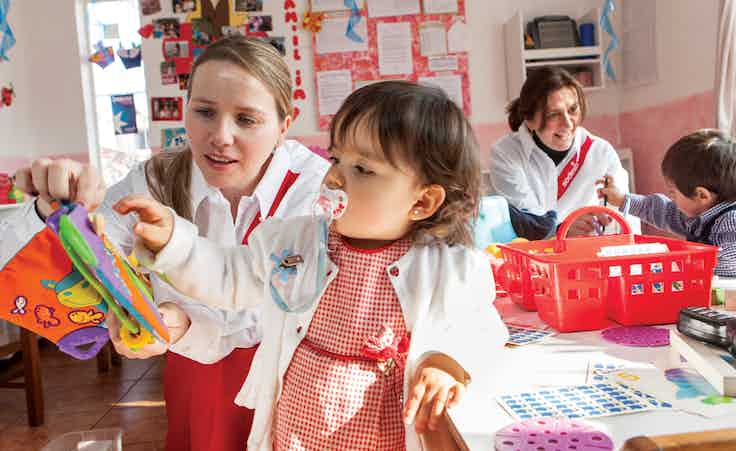 Steve Jobs is the prime example of a superstar visionary who brought success to his company, but being brilliant is not always the answer to great leadership, as gaining the trust of staff is often more important.