The findings from Orange’s study of more than 2,000 mobile users in the UK, France, Spain and Poland placed an average value of £140 on how much they believe online data such as location and demographic information is worth to brands. This figure rises to £200 when people are faced with a company they have never dealt with before.

Nearly four in five consumers (78 per cent) know the value of their data rises the closer they fit a brand’s target demographic, highlighting how “acutely” aware they are of its worth, according to the report.  Just 6 per cent believe the consumer benefits most when sharing data, compared to more than two thirds (67 per cent) who feel businesses benefit more.

The growing realisation from consumers is reflected when assessing the value of individual data. For specific pieces of data, the value linked to companies mobile users trust is £13 and £15 for those they do not.

While consumers attitudes toward data are changing rapidly, concerns still linger about the risks of sharing it, revealing the need for more education, concluded the researchers.

Daniel Gurrola, vice president of business vision at Orange, says the value that consumers still fall short in understanding what type of data brands are interested and how they go about collecting it.

For instance, more than half (59 per cent) said they would never share the email addresses of five personal contacts in comparison to the 39 per cent who said they would never pass on purchase history data. In reality, the purchase data is more likely to be of value to marketers than the contacts yet customers are more reluctant to hand over that type of data.

Gurrola adds: “As the perceived value that consumers place on their data can change, depending on the relationship they hold with the organisation, companies must consider not only how they convey what the customer gets in return for this data exchange, but precisely how the data is being used, and where in order to build that essential trust.”

The findings support wider calls from consumer groups and the Government to address the disconnect around their personal data growing between shoppers and advertisers. The majority of the study’s respondents (77 per cent) say it is “very important” or “critical” for mobile operators to notify them on how their data is being used – putting it almost level with the need for a reliable service and value for money.

The findings come as the European Parliament prepares to vote on whether to introduce strict new data laws. It could lead to the definition of personal data being stretched to include not just information such as bank details and passport numbers but also identifiers that marketers anonymise regularly use to personalise campaigns. 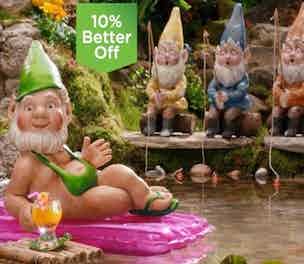 The big four supermarkets have focused their marketing too much on each other and ignored what rivals are doing and what customers want, according to incoming Morrisons chairman Andrew Higginson. 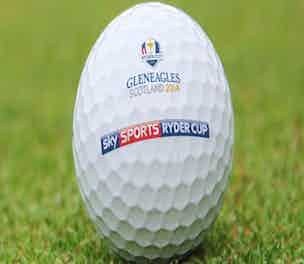 Marketers from Diageo, HP and Sky are spending millions to open this year’s Ryder Cup up to more fans than ever before to capitalise on the escalating commercial, cultural and global reach of the event. 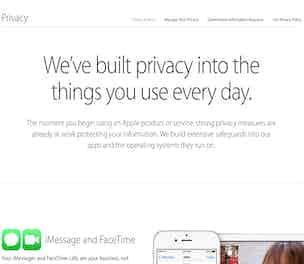 Apple’s CEO Tim Cook has penned an open letter to its customers outlining its commitment to protecting its users’ privacy following the high profile nude celebrity photo leak scandal as the company seeks to repair some of the brand damage caused by the alleged “hack”.