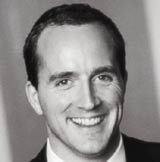 Jones was immediately earmarked for the top job by corporate raider Vincent Bolloré when he took over Havas in July (MW July 14), after installing himself as the chairman. Not to be confused with the former Lowe stalwart of the same name, Jones was swiftly made one of five managing directors on the Havas board. Bolloré is not the only person to have spotted Jones’ potential. Recent speculation has linked Jones with the job of running either of the WPP Group-owned networks Grey Worldwide or Young &amp; Rubicam.

Although he appears to have a fairly low profile, with most industry insiders being hard-pressed to say anything other than that he is “talented enough”, Jones began his rise up the ranks of the advertising world early on. After stints with Lowe Europe and JWT in France, Jones became the youngest board member at Abbott Mead Vickers.BBDO before joining Euro RSCG Worldwide in Australia in 1998 as managing director, rising to become chief executive. He then moved to London to pitch for Reckitt Benckiser globally and was subsequently appointed as global brand director on the business, which is split between Euro RSCG Worldwide and JWT. Soon afterwards he was promoted to run Worldwide’s global business as executive vice-president and managing director.

“He is definitely an outstanding industry talent for having quickly navigated to the top in Havas,” says Brett Gosper, former chief executive of Euro RSCG London and currently president of Omnicom’s TBWA/New York. He adds that Jones’ diversity of experience, having worked in different countries around the world, has made him more qualified than his years.

Fluent in French and German and armed with a French wife, says another former colleague, he is the “perfect ambassador for an Anglo-French company”.

Bolloré’s new regime also includes Mercedes Erra, chairman of Euro RSCG France, who has close links with Danone, Carrefour and Air France; and Stéphane Fouks, chief executive of the French agency. Both have been named as executive co-chairmen of Euro RSCG Worldwide.

“Erra and Fouks speak very little English, so the British Jones has been appointed to take charge of the global agency network,” says the ex-colleague. Apart from his linguistic skills, Jones is credited with winning the $100m (&£56m) Charles Schwab task in the US and Jaguar’s &£52m global ad account.

But his new role is not a bed of roses. Euro RSCG London is defending one of its main pieces of business, the &£35m Argos advertising account, as well as repitching for its &£56m Credit Suisse Group global corporate advertising account.

With Euro RSCG under new management, Ben Langdon, UK chairman of Euro RSCG Worldwide and a protegé of Heekin, could find life tougher in the future. And he is not the only one. Jones must also prove his mettle. “His slick Anglo-French ways have so far helped him to be a winner, but he has never managed a global agency and that is where his true merit will be measured,” says an agency insider.