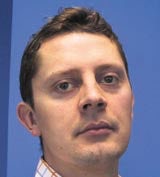 After 23 arduous months the Office of Fair Trading (OFT) has finally cleared the way for a new afternoon or evening paper in London, to be distributed at London Underground and mainline stations.

Regardless of the inevitable spin, this will come as a blow to Metro and Evening Standard owner Associated Newspapers, which currently has exclusive rights to distribute a free newspaper on the Underground.

Why the decision took so long is anyone’s guess because Metro has proved that the free newspaper model works and it has been a very successful addition to Associated Newspapers’ stable, carving itself a niche in a mature and declining newspaper market. A large part of this success is in its distribution method (more so, I’d argue than its editorial stance): it is accessible and disposable in equal measures for those who want to fill their commuting time with basic facts and entertainment news, rather than paid- for “hard news”.

Desmond is expected to tender for the new slot, which could be costly, judging by London Mayor Ken Livingstone’s comments. “It is a matter of public record that other newspaper businesses would be willing to distribute a free afternoon paper and might even pay more than we are getting for the Metro deal,” he said. Cost could be one of the biggest barriers to entry.

I suspect other interested parties will be News International, possibly Metro International (although I believe it has certain trading agreements in place with Associated Newspapers that might preclude it) and maybe the Mirror Group, or the Guardian Media Group. There may even be venture capitalist backing for a completely new market entrant.

And will Associated Newspapers bid? If it does and is successful, it’s likely to end up paying more than the current Metro deal for a potentially smaller patch. There seems little point in producing a free paper for London’s outlying areas because commuters will have already picked up a copy on the way home, so the business seems limited to central London.

The result of this is a potentially lower core circulation and a lower ad price – all for a higher contract cost. Furthermore, will the launch of another paper bring more money into the market or fragment the current allocation? My guess is the latter.

A quality free evening newspaper will be good for competition and a must for “point- of-purchase” advertisers such as theatres, cinemas and restaurants. I also imagine it will have a useful classified section, so it could very well eat into the Evening Standard’s revenue. However, whether it can be produced profitably and of a good enough quality – by anyone – is the biggest challenge of all.