Click here to read the cover feature: Watchdog set to enter uncharted territory
Click here to find out why some brands push the boundaries of ad regulation
Click here to see where regulations could be tightened next
Click here to Read the views of experts on the regulator’s expanding reach

The main body responsible for regulation of advertising in the UK. Independent of both government and the industry, its job is to enforce rules drawn up by the Committee of Advertising Practice (CAP) on what is acceptable within marketing communications.

The CAP consists of advertising trade bodies, such as the Advertising Association and ISBA, that represent clients, agencies, media owners and other interested parties across the industry.

Two sets of CAP rules exist, with the most recent editions published on 1 September. The CAP Code governs all non-broadcast advertising, including – from 1 March 2011 – any content on websites or social media that is defined as being anything “directly connected with the supply or transfer of goods or services”.

The BCAP Code covers broadcast advertising only. It is administered partly by the ASA and partly by Ofcom.

The communications industry regulator is responsible for specific elements of the BCAP Code for broadcast advertising. It covers political ads, sponsorship and content linked to premium-rate phone lines. It also regulates gambling, dating and message board material where these are broadcast as advertising.

Adjudications relating to alleged violations of the CAP and BCAP codes are made after publication or broadcast. If an ad is found to be in breach, the ASA will normally rule that the ad should not be shown again in its current form. For non-broadcast ads, it is the responsibility of the advertiser to withdraw or change the material; in broadcast the onus is on the broadcaster.

Several possible sanctions are available in cases of failure to comply with a ruling. The CAP may issue an “ad alert” advising media companies to withhold advertising space, while CAP members may also withdraw trading privileges to certain advertisers. Online, companies may soon have search advertising removed. Persistent offenders can be forced to have their ads vetted before publication for a period of two years.

The ASA can ultimately refer advertisers to the Office of Fair Trading, which can prosecute alleged offenders under consumer protection and competition laws. Broadcasters can be referred to Ofcom, which has the power to levy fines and revoke broadcasting licences. 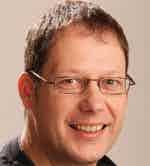 Click here to read the cover feature: Watchdog set to enter uncharted territoryClick here to find out why some brands push the boundaries of ad regulationClick here to see where regulations could be tightened nextClick here to learn more about the bodies responsible for ad regulation David Cushman, managing director, social business consultancy 90:10   […] 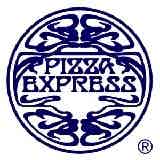