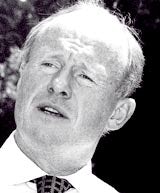 The ability to focus on an issue is one of the key attributes of mobile phone multi-millionaire John Caudwell, according to even his most ferocious critics.

On the day that Marketing Week had arranged to meet the UK’s 23rd richest man (Sunday Times Rich List), Caudwell launched a drive to recruit top-class graduates, offering them a salary of &£60,000 and the chance of joining the 20-strong “Millionaires’ Club” at his Caudwell Group, which includes the Phones 4U retail chain.

Just in case the message about high-flying graduates had not hit home, Caudwell obliged television crews by taking to the skies in his conveniently-parked Phones 4U helicopter. And the clichés don’t stop there, as each graduate will be given a Smart car to match their intellect!

The high-profile recruitment drive was greeted with scepticism by one figure in the troubled telecommunications sector, however. He says: “I can’t believe a telecoms company is prepared to offer &£60,000 to a graduate who hasn’t done a lot of work in his or her life.”

It is also somewhat surprising that Caudwell – who left school aged 16 to embark on an engineering apprenticeship with Michelin – is prepared to set so much store by a piece of paper. A self-made millionaire, it was not until 1987 that Caudwell – then a 34-year-old used-car dealer – sold his first mobile phones from the boot of a car. In those days, phones were selling for up to &£2,000, and Caudwell had gone direct to manufacturer Motorola to buy a job lot at a discount. It took him eight months to sell the first 26 phones.

He now presides over the Caudwell Group, in which he has a 97 per cent stake. The group achieved a turnover of &£1bn and a profit of &£20m last year and has set a &£1.5bn turnover target for 2001. The group incorporates not only Phones 4U, but also MPRC (the Mobile Phone Repair Company), airtime provider Singlepoint, mobile phone distribution and facilities management company 20:20 Logistics and accessory company Dextra.

Caudwell explains why he has targeted graduates: “It is just a recognition that normally the brightest people go on to do a degree.”

The aim of the scheme is to find bright youngsters unspoiled by “lazy, slow and lethargic” large corporate entities, test them out in a tough environment and, if they succeed, promote them to the senior roles which Caudwell is finding hard to fill. Hence his pledge early this year to give away shares worth &£100m as part of a performance-related scheme to attract new senior managers. He has yet to hand out any shares, but has taken on a couple of new senior managers including Anthony Catterson, new managing director of Phones 4U. In another headline-grabbing move, Caudwell last year offered 750 workers, made redundant by his old employers Michelin, the opportunity of jobs. However, only “a few” have been taken on doing call centre and warehouse work.

A tough taskmaster, Caudwell expects results. “If anybody leaves me, it is either because they are incompetent or because someone has offered then a better job. The latter is extremely unusual, because anybody that is good will be looked after well enough to ensure they aren’t going to go anywhere.”

Caudwell is looking for people with ambition, determination to win, and shrewdness – traits which he prides himself on. He also claims to have a talent for spotting opportunities, hence his move out of cars and into mobile phones.

But another industry insider says: “He came into the market at the right time, when pretty much anyone could do well.”

Caudwell’s employees speak about his business with an almost evangelical zeal, praising the speed at which decisions are taken and new business strategies implemented. Most also appear captivated by Caudwell’s wealth and success, and his millionaire style trappings: Bentley, Jacobean mansion with a herd of highland cattle to keep the grass short, and his collection of motorbikes.

But not all Caudwell’s moves have paid off. In the midst of the new media gold rush, Caudwell launched a free Internet service under the name 4Unet, only for it to be withdrawn at a later date.

Caudwell wants Phones 4U to be one of these, competing alongside rival and market leader Carphone Warehouse. He wants to increase the number of Phones 4U stores from 175 to 250 by the end of the year and plans to extend the product range to include lifestyle products. This could include personal digital assistants, Bluetooth wireless products, car satellite navigation systems and Microsoft’s gaming console, the Xbox.

Caudwell says: “There’s going to be a huge amount of change, and success won’t be so much about selling a new mobile phone, it will be more about selling the content and services which will be associated with mobile phones.”

He is reluctant to over-hype new technology, however, and claims to have been one of the few to have seen the limits of WAP.

Aside from a greater variety of new products, Caudwell is developing a central billing operation for customers, which has started to offer fixed-line telecommunication services and may be extended to pay-TV packages.

Mark Harrison account director at CheethamBellJWT, which picked up the &£10m above-the-line account for Phones 4U earlier this year, says: “The chain is becoming more of a serious retailer, and more consumer-focused. The marketing strategy is being taken more seriously than before. I think Phone 4U has realised it can take on the market leader.”

Caudwell has no immediate plans to float the business, intending to continue to grow it through cash-generation and banking facilities. It’s easy to gain the impression that he likes being his own boss and would not wish to answer to the City. He claims, in a rather paternalistic way, to be hands-on when needed and to operate in a tough but fair and consistent manner which “makes for a very secure environment” to work in.

He relishes the day-to-day ups and downs of the telecoms industry, so much so that he finds it difficult to pick out individual highs and lows. However, when prompted he talks about his charity work as president of the north Staffs branch of the NSPCC, and his own Caudwell charitable trust which makes donations to needy children. He admits he needs excitement, hence his helicopter and his interest in scuba diving and skiing. He claims his main motivation is “expanding the business to a level where it is filled with highly capable people who will achieve things on their own initiative”.

He greatest fear for the business is “complacency” which he describes as “deadly”. He adds: “It’s a matter of focusing all the time on performance, just like top athletes who are looking to squeeze that extra hundredth of a second off their personal best.”