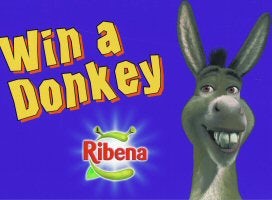 Big changes are coming for the sales promotion industry, which should see the end of an abuse that is increasingly angering consumers, regulators and reputable marketers alike.

That abuse involves competitions, and in particular the use of mechanisms such as premium rate phone lines and premium rate SMS text messaging to charge consumers above and beyond what they should be paying to enter competitions run as sales promotions.

There is nothing wrong in principle with the idea of charging a fee of some sort for a promotional item – indeed, such “self liquidating” promotions have been a staple of marketing for decades now. But officially, if a brand is using a competition – and offering some sort of prize – as part of a sales promotion, that competition either has to involve a “test of skill” or must have a free entry route. Free entry is usually accepted to mean one costing no more than the equivalent of a first class stamp or a standard rate phone call.

The edge of legality
With the introduction of premium rate phone lines and SMS texting has come an explosion in questionable sales promotions using competitions. Marketing industry experts have been warning for some time now that many competitions are potentially illegal: unfortunately, there appear to be problems over definitions of what strictly speaking constitutes a “test of skill” or “free entry”, which can only be settled in court.

Nick Deyong is managing director of prize promotions management company ndlgroup, which works with brands like BMW, Virgin Radio and BSkyB. He says: “Don’t underestimate the intelligence of the audience. Too many competitions are in danger of alienating their audiences by insulting their intelligence with stupidly easy questions coupled with high charging premium rate call charges. Today’s empowered consumers are clued up, media savvy, and not fooled by this kind of revenue generating activity. The risk is that they may think less positively of a brand for it and that would contradict the point of the promotion in the first place.”

John Saxon, client services director at agency Momentum, says: “Competitions still have a part to play in the promotional marketer’s portfolio. Benefits such as the fact they are quick to market, have defined cost and potentially remove the need to interrupt product packaging lines, mean that competitions can still be an attractive proposition. It should, however, be pointed out that competitions can provide poor redemption rates and a low level of consumer interest.”

The Institute of Sales Promotion (ISP) has been particularly worried about questionable promotions for some years, and has at times been close to taking legal action in order to establish case law.

Premium line growth
Recently, the problem has become even more extreme, with an explosion of competitions using premium rate phone lines. While many are run by niche digital television channels running so-called “games of skill” or by companies which insert “scratch to win” gamecards in newspapers and magazines, some major brands have also been named.

Edwin Mutton, director-general of the ISP, cites the case of daytime TV channel GMTV which runs phone-in competitions where, he argues, the test of skill involves neither a test nor any skill. “They use multiple choice questions like ‘What is the capital of France? A, Birmingham; B, Paris; or C, London. We would say that there is not enough skill there. There seem to be a lot of competitions being run where the organisers are just showing two fingers to the law.”

But, Mutton says, such questionable “test of skill” competitions should be much more closely regulated by this time next year, because the Gambling Act 2005, which includes sections dealing specifically with competitions used as sales promotions, comes into force in September 2007.

Act will change rules
Deyong says: “Aspects of the Gambling Act will change the rules on how some promotions are managed. Anything that improves standards for consumers and brands is good news.”

The Act defines a test of skill as “a process which requires persons to exercise skill or judgment or to display knowledge.” Further, in order to be a true test, the mechanism should prevent most people either from winning a prize or from entering. If this is not the case then it is not a true test of skill but a competition that relies purely on chance.

At present, the Gambling Commission, which will regulate gambling and skill-based gaming in the UK, is considering responses to a consultation document it issued in August this year. While the Gambling Commission will not have regulatory powers over sales promotions and prize draws, it will monitor them very closely to see that they do not stray over the border and into lottery territory.

The sales promotion industry is currently waiting for the Gambling Commission to issue proposed guidance notes on how exactly it plans to interpret the new Act.

However, it does appear that there could be some good news for marketers: those who do not wish to use the “test of skill” entry mechanism will no longer have to offer a free entry route, it seems. • Instead they will be allowed to say that people have to buy their product in order to enter. What they will not then be allowed to do, however, is increase their prices to cover the costs of that promotion.

Effectively, these are the “New Zealand Rules” that the sale promotion industry has been pushing for for some years.

Mutton says: “If we do get the New Zealand Rules, then that will make the whole ‘test of skill’ question hypothetical as far as we are concerned. It’s an end to the ‘no purchase necessary’ rule, although we are going to have to be careful about how we define ‘cost of promotion’. And it’s fairly obvious when someone puts up the price of a packet of cornflakes, but what about high ticket items like cars and kitchens?”

Finally, he warns, once the Gambling Act does come into force, the ISP will be watching for illegal promotions and will take them to court in order to get legal precedents established.

• ISP Diploma – Set Brief award 2006
Having a brilliant idea is not enough when organising a promotion. It is vital to get to grips with latest legislation governing promotions, while appreciating the key objectives of the client and how the client’s brand should be promoted effectively.

To help nurture the abilities of account handles, the Institute of Sales Promotion’s (ISP’s) Diploma is a qualification that provides a foundation in key skills.

At the heart of this diploma is a Set Brief, where candidates have to create a promotional campaign to meet a challenge set by a client. Chris Bestley, ISP director of education, believes the Set Brief is important because “working on briefs is what we are training students to do.” He adds that doing a live pitch is, for most candidates, the first time they have presented to senior people unsupported.

This year, diploma students were set the task of coming up with a promotional campaign for Odeon cinemas with the aim of generating 62,500 incremental cinema visits in a low trading period.

The five highest scoring candidates who came up with the best solutions were invited to The Odeon, Leicester Square to present to a panel made up of Odeon marketing director Luke Vetere, ISP chairman Peter Kerr, and Marketing Week special reports editor Daney Parker. The judges then selected a winner.

THE WINNER
Rachel Patman’s presentation impressed all the judges with its professionalism and in-depth understanding of the client’s aims. Patman says that her first step was to ask her friends and family what they enjoy about the cinema-going experience and the kinds of offers that would encourage them to make a visit.

This gave her research a clear direction. This research paid off, as the logic of her pitch was clear while her promotional ideas were practical as well as likely to appeal to the target audience.

THE RUNNERS UP
The judges agreed that the presentations and ideas put forward by the other shortlisted candidates were also excellent. Peter Kerr says: “The students showed our future is in astonishingly good hands. All five were worthy of winning the top award and it was to a certain extent a thankless task to have to select only one.” The other shortlisted candidates were Annabelle Dewing from Iris Nation, Sarah Lilley from the JJ Group, Clare McLelland from Logistix and Gemma Savage from RPM.

The appeal of experiential marketing remains as strong as ever – advertisers are willing to invest more, but they demand engaging creativity and effective evaluation strategies. By Steve Hemsley.

Asahi, the Japanese brewer, is handing over responsibility for UK marketing and distribution for its Asahi Super Dry beer to Kent-based brewer Shepherd Neame, which has been brewing the beer under licence since 2005. The switch follows a restruc…

The news that BBC Magazines and Egmont Magazines are launching five titles into the fiercely competitive children’s market will be another boost to a burgeoning sector that also gives advertisers access to parents. With most media commentators focusing on men’s and women’s weeklies, the children’s market is often ignored. But the pre-school, pre-teen and teen […]