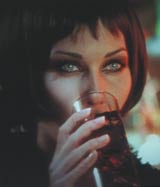 The dust is beginning to settle after recent upheavals in the UK spirits market which saw a significant number of major brands changing distributors. Industry observers say the moves reflected the continued fall-out from the takeover of Seagram’s drinks business by Diageo and Pernod-Ricard, and the subsequent disposal of the Malibu brand to Allied Domecq.

But they also indicate a fundamental change in the nature of the spirits market, which is likely to see increased marketing spend for both the big-name brands, with global aspirations, and at the other end of the spectrum, smaller premium brands, which hope to achieve niche status.

Nick Blacknell, managing director of Coates &amp; Co, which owns Plymouth Gin, says: “These changes may not be a direct result of the Seagram deal, but Seagram sent seismic shockwaves through the industry, which made a lot of companies consider their future.”

Drinks insiders say that, while there may be some more small moves yet to come, the majority of the likely changes have now taken place. Now they expect the various big distributors to take stock of what they own and then to start increasing the marketing budgets of key brands. At the same time, smaller distributors will be hard at work identifying opportunities for niche brands to exploit.

Experts confirm that the consolidation at the top of the industry was inevitable because of the need to combat the increasing buying power of the UK’s major supermarket chains and the resultant pressure on margins. Guinness UDV is the biggest player in spirits distribution in the UK, with a 27.7 per cent market share by volume (AC Nielsen), with Maxxium on nine per cent and Allied Domecq on 6.8 per cent. How these figures will be affected by the recent distribution changes, and by new product launches, is unclear.

Andy Bryce, director of sales and marketing at specialist drinks research company Canadean says: “The spirits world has turned itself upside down in the past six months, and all the big brands are now controlled by big-name distributors. As things settle down, a number of major brands are going to be getting greater marketing support.”

Allied Domecq, for instance, recently announced a global marketing campaign for its key brands worth an estimated &£400m. It has also begun to extend core brands – it recently launched Tia Lusso, a cream variant of its Tia Maria coffee liqueur. In the UK, Tia Lusso will be supported by a marketing budget of &£11m, with a &£30.9m spend for the whole of Europe. Guinness UDV is considering similar brand extensions for its market-leading Bailey’s Irish Cream, while it has just added a variant, Gordon’s Edge, to its Gordon’s Gin brand.

Then, of course, there is the challenge to the traditional spirits market from flavoured alcoholic beverages (FABs) – which have taken the US and Australian markets by storm and are repeating their success in the UK. The bigger drinks companies are considering extending their spirits brands with FABs, either to increase sales or to protect their market share. The big successes so far have been Smirnoff Ice and Bacardi Breezer, but there are dozens of new FABs waiting in the wings, such as Bulmers’ Bambao (MW April 25).

Because of this dual pressure, any brands that the big distributors consider to be non-core are likely to be increasingly sidelined. As Glenn Gribbon, marketing director of Kyndal – the whisky company formed by the management buy-out of the Scotch whisky interests of Jim Beam Brands (MW October 25, 2001) – says: “The key issue is focus. When you’ve got a portfolio as big as UDV’s, how many brands can you realistically focus on? Brands that companies merely distribute could possibly be getting less love and attention than brands they own themselves.”

Gribbon adds that there are times when it is mutually beneficial for a brand-owner to sign up with one of the big distributors. He points to the deal Kyndal has with Maxxium, which distributes Whyte &amp; Mackay whisky and Vladivar vodka. Kyndal now plans to increase the spend for Whyte &amp; Mackay in England and Wales, with TV advertising in selected regions. Having said that, Kyndal has just dropped Maxxium as distributor of Isle of Jura whisky and Glayva Scotch liqueur, and will now be handled in-house, with an increased marketing spend likely.

Blacknell thinks that there are significant opportunities for niche players to exploit the gaps opening up now that the bigger companies are concentrating on key brands. Coates is now half-owned by Vin &amp; Sprit, the Swedish company that has made a cult success of Absolut vodka, and Blacknell is confident the same can be done for Plymouth Gin: “The big companies would like to think their portfolios include products for all tastes and occasions, but realistically there will always be gaps. Big drinks companies tend to be good at one kind of thing – Diageo, for instance, is excellent at maintaining good growth for mainstream brands. But I don’t think they’re very good at creating new brands, so I expect to see significant growth for smaller companies that can deliver premium or innovative brands.”