The first week back after the school holidays is best known for boosting traffic on the roads as the rat-race recommences. This year delivered the usual levels of commuter chaos but perhaps a great deal more on the marketing news front than one usually expects for the first week back.

First, sports marketing. With Fabio Capello’s England football team turning in a flawless performance at Wembley to clinch their place in the World Cup finals, it suggests that our industry will be kept very busy with marketing the event, teams and everything that goes along with a World Cup.

The City has been back with a bang too. The FTSE reached its best levels in recent times and dire profit warnings were replaced with some encouraging performance updates and major league M&A activity as Kraft claims it has a taste for Cadbury, Orange gets engaged with T-Mobile and Vauxhall changes corporate drivers in Europe.

Not everybody has returned to work with a smile on their face, however. London cabbies opted to take an afternoon off without pay as they protest against a man convicted of manslaughter who is threatening to gain the knowledge to join their ranks. London cabbies are a great institution and their solidarity is to be admired, though I do wonder what happens when they all get together. Do they tell each other all those same old stories they share with you and I when we are in their cabs?

Unlike the cabbies, the postmen have taken more than half a day off. Their continuing strike action has resulted in a backlog of more than 20 million items. I did smile earlier this week when my home letterbox rattled early one morning. Expecting a fair few pieces of backlog mail, I hurried to the door only to find that a leaflet had been delivered by the Royal Mail explaining that it could not deliver any mail due to strike action. First-class irony at least.

Strike action is a foreign country for most of us working in marketing. The closest I have ever been to belonging to a trade union is my membership of The Marketing Society, whose idea of work-to-rule usually involves dinner on Park Lane with awards and a comedian. On that note, I have yet to receive my invite to this year’s party conference. It must be in the post. 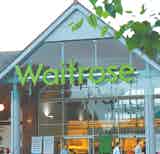 The John Lewis Partnership has reported pre-tax profit slump of 19.6% despite total sales being up 3.5% in the six months to 1 August.