On Thursday this week I shall be a few minutes late for work, having first stopped by at my local polling station to vote ’No’ to the Alternative Vote system. As far as I am concerned, the principles of AV are akin to the kind of tedious decision-making that has long since prevailed in multinational marketing departments and I shall not be encouraging any more of this kind of committee-based indecisiveness.

I say this as a marketer stuck in a big corporate that has long since lost its ability to make quick and simple first-past-the-post decisions. Instead we operate in a culture where people are no longer trained to spot a good idea, but instead have been conditioned to ask lots of questions and sit on the fence for fear of being associated with something that may go wrong and adversely affect their corporate brownie points.

Group committee-based decision making is the order of the day and sadly the views of those who frankly shouldn’t have too much of a say can end up being counted two or three times, depending on how many rounds are needed to at least agree we should put something into research to help us decide. It is business politics gone crazy, a bureaucratic bonanza. 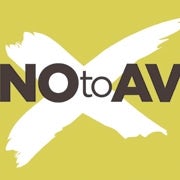 This backdrop makes it incredibly difficult to do the right thing for our brands as they become caught in the middle of a decision-making system that rewards safety and mediocrity. Having failed to secure a clear decision from the management voters, we then revert to a referendum, asking consumers whom we have never met what they think we should do while they sip wine, eat Kettle Chips and enjoy some cash in the hand for 45 minutes of sharing their wisdom.

We then spend weeks ensuring that all the internal management agendas have been fairly reflected and that the theatrically stage-managed research debrief is therefore sympathetic to the internal politics in the room.

Whatever is wrong with a first-past-the-post system in which the marketing team make the decisions? It strikes me that some of the best run businesses have exactly this voting system in place: a strong founder or leader who is interested in doing the right thing for the business and can get on with the job rather than playing corporate politics. Some might argue that this is irresponsible management. I rather like it. Note to self: go and work somewhere that does not believe in AV.