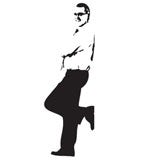 My comments about the organisational challenges that a department manager faces when a team member goes on maternity leave (MW 26 May) led to a couple of readers accusing me of a secret prejudice against women who decide to have a family.

First, I apologise unreservedly if my comments caused offence. This was most certainly not the intention, nor was I choosing to hide behind the anonymity of the Secret Marketer column as one reader suggested.

As a father myself, I have enjoyed the full benefits of both maternity and paternity leave on more than one occasion and, as a marketer, I have worked with, alongside and for dozens of female colleagues who have taken time off to have a family. I am fully aware of the employment rights and am hugely supportive of them.

The point I was trying to make in my article was that as a manager of a marketing department there are always ongoing challenges on the people front. How best to resource your department while navigating maternity leave provisions is undoubtedly one of them.

However, I perhaps rather naively described how I would be “particularly motivated” to keep open the role for a high performing member of my team who will be soon heading off on maternity leave. I accept that this was a poor choice of words that left too much open to interpretation.

Thank you for picking me up on it. I shall certainly be more careful with my words in future.

On the subject of maternal issues, it looks like it is not just me who is under scrutiny this week. Diageo is reportedly coming up with a six-figure sum to train midwives to educate women about the dangers of drinking when pregnant.

Although the government cites this initiative as a prime example of business working with the NHS, critics have been quick to suggest a fundamental conflict of interest for the major drinks brand.

For what it’s worth, my own perspective is that anything that helps educate people how to drink responsibly, including those who are looking after the health of their unborn child, must surely be a good thing. It may not be a macro solution for society’s macro drinking problems, but it is a positive initiative.